The geologist spoke to Can Geo about exploring the secrets of the Arctic, one cave at a time
By Abi Hayward
December 8, 2021

Gina Moseley is an award-winning geologist and climate researcher, known for her work leading expeditions to explore and study caves in Greenland. Born and raised in Britain, it wasn’t until university that Moseley was introduced to paleoclimatology, the study of past climates through samples from the Earth. Since then, she’s led expeditions exploring caves in northeast Greenland alongside other scientists, with Moseley in search of samples from mineral deposits formed in caves called “speleothems”. Recently awarded the 2021 Rolex Award for Enterprise, Moseley is planning to expand her research through an expedition to the northernmost caves in Greenland to uncover the Arctic’s climatic past. Canadian Geographic spoke to Moseley about her past research, her love for cave exploration, and the secrets cave records can hold about our planet’s past — and future.

On her first foray into caving

I first went into a cave when I was about 12 years old on a family holiday because my mom wanted to try caving. We just happened to be on a campsite where there was a guy offering rock climbing, canoeing, kayaking, caving and those sorts of things. So I went along with her and, from the very start, I was absolutely hooked. I just liked crawling around on the ground and the exploration … not knowing what's around the next corner. After that, and in the summer holidays, I would spend as much time as I could going caving. We went back to the same place several times and I would save up my pocket money and my newspaper round money so that I could go caving.

On finding the caves in Greenland

When we got there and saw them for the first time, it was just this immense feeling of pride, I guess, to get there and make it happen. [There was] excitement: what are we going to find? It's almost overwhelming in some ways. There's so much effort that goes into getting to that point and then, when you're finally there, it's just indescribable. In one of the caves we went into, I actually found an old Kodak film box hidden underneath a rock. At first, I thought it was litter and I was really angry. I was like: “how can there be litter at 80 degrees north in northeast Greenland?” One of the remotest parts of the world and there's litter in this cave — that's ridiculous!” I pulled this box out and, inside, there was a note written by the explorers who'd been there back in 1960 — it listed the names and just said that they were there. That really felt like a time machine. It felt like a connection to the people that had brought us there. That was the most amazing, the most wonderful, feeling to find that. And, of course, my anger about the litter quickly dissipated. 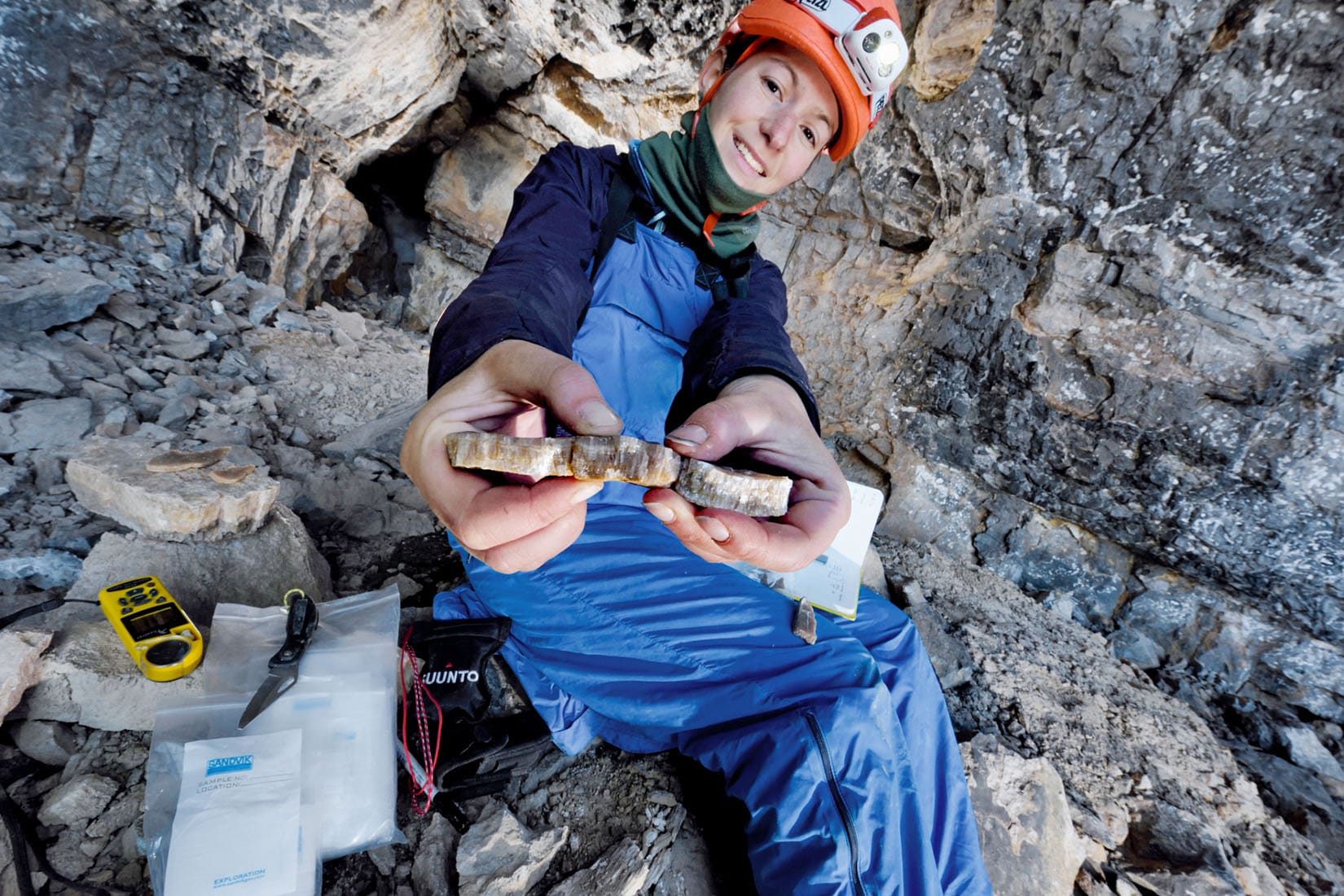 On what she’s hoping to find

When we find speleothems, we know that they grew at a time when the climate was warmer and wetter than today. Then we can also analyze the speleothems, analyze the different layers a bit like tree rings in order to understand more about the climate during the warmer, wetter period. So, was it a stable climate or was it variable, even within that time period.

On the advantages of cave records

The Greenland ice core records go back a 128,500 years — that's a continuous record. So that covers the most recent warm period, called the Holocene, which is the last 11 thousand years or so. Then it goes into the last glacial period, the last Ice Age, and then at the very bottom, it taps into the previous warm period called the Last Interglacial, which was a period that was warmer than today. There are also some records from the Greenland ice sheet of a period that was warmer than today but that's where it ends with the Greenland ice core records. That's because the ice sheet tends to melt in warmer climates, of course.

To go further back in time is a little bit difficult with the Greenland ice sheets. What the caves do is they provide us with the opposite part of this picture in that rather than being biased towards the cold climate, like the ice sheet, they're biased towards the warm climates because we need it to be wetter and we need the ground to be frozen or thawed. So the caves offer us the warm part of the picture and the ice core records offer us the cold part of the picture. So together, hopefully, we have a clear picture of everything. 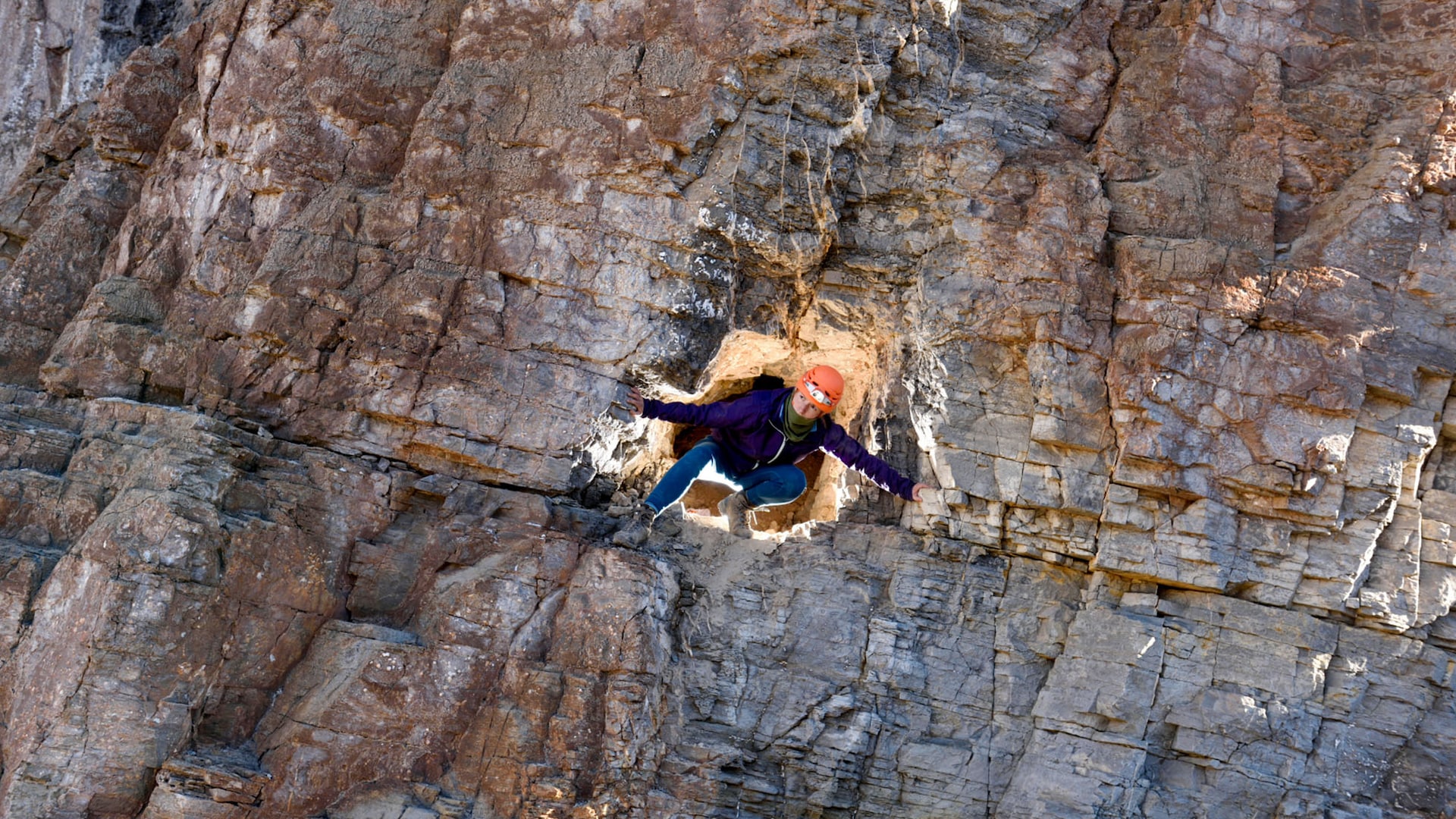 On what her findings can tell us

We're heading into a future warmer climate, and I'm looking at periods in the past when there was a warmer climate in order to understand more about the climate and the environment at the time. I'm kind of investigating these periods as analogues for what we may expect in the future.

If we can tap into a period about three million years ago, this is a period called the Pliocene. Back then, the Greenland ice sheet was virtually nonexistent. Back then, three million years ago, the carbon dioxide concentrations in the atmosphere were about 400 parts per million, so that's similar to what we have today. And at that time, sea levels were 25 meters higher, there were hippopotamus in London and all these other things. If we can tap back into that period, that would be fantastic, because that would really be a good analogue for what we're experiencing now — and what we might expect in the future.