The park nearly 50 years in the making has officially been established in the Northwest Territories
By Alexandra Pope
August 21, 2019

It took nearly 50 years of planning and consultation, but Canada’s newest national park reserve has officially been established in the Northwest Territories.

On Wednesday, representatives from Parks Canada, the Lutsel K'e Dene First Nation, the Deninu K'ue First Nation, Yellowknives Dene First Nation and the territorial government met in Lutsel K'e to formally sign an agreement establishing Thaidene Nëné National Park Reserve. The occasion was celebrated with a feeding the fire ceremony and a community feast. The Northwest Territory Métis Nation, which also has ties to the region, held a similar signing event on Tuesday in Fort Resolution, according to CBC.

Thaidene Nëné is Canada’s 48th national park or park reserve and the first to be established since 2015. It was first proposed in 1970 but was met with resistance from the Lutsel K’e chief and council at the time, who were concerned that the park would prevent the Dene from exercising their right to hunt, fish and trap on the land. In the 1990s, the area began to attract interest from mining companies, and in 2000, Felix Lockhart, the former Lutsel K’e chief, approached Parks Canada to reopen discussions about the park.

Thaidene Nëné will be co-managed by the federal and territorial governments and the local First Nations, with the Ni Hat’ni Dene Rangers serving as guardians during the summer months — interacting with visitors, monitoring the environmental well-being of the park, and passing on traditional knowledge to youth. To that end, the Lutsel K'e Dene First Nation has set up a $30-million trust fund to support its responsibilities in the park, and the federal government has said it plans to invest $40 million in the park over its first 12 years.

Here are four key things to know about Thaidene Nëné.

Thaidene Nëné protects 26,525 square kilometres of land northeast of the territorial capital of Yellowknife. The national park reserve makes up just over half of the total area, and is surrounded to the south, west and north by territorial protected areas and a wildlife conservation area. The closest community is Lutsel K'e on the south shore of Great Slave Lake. 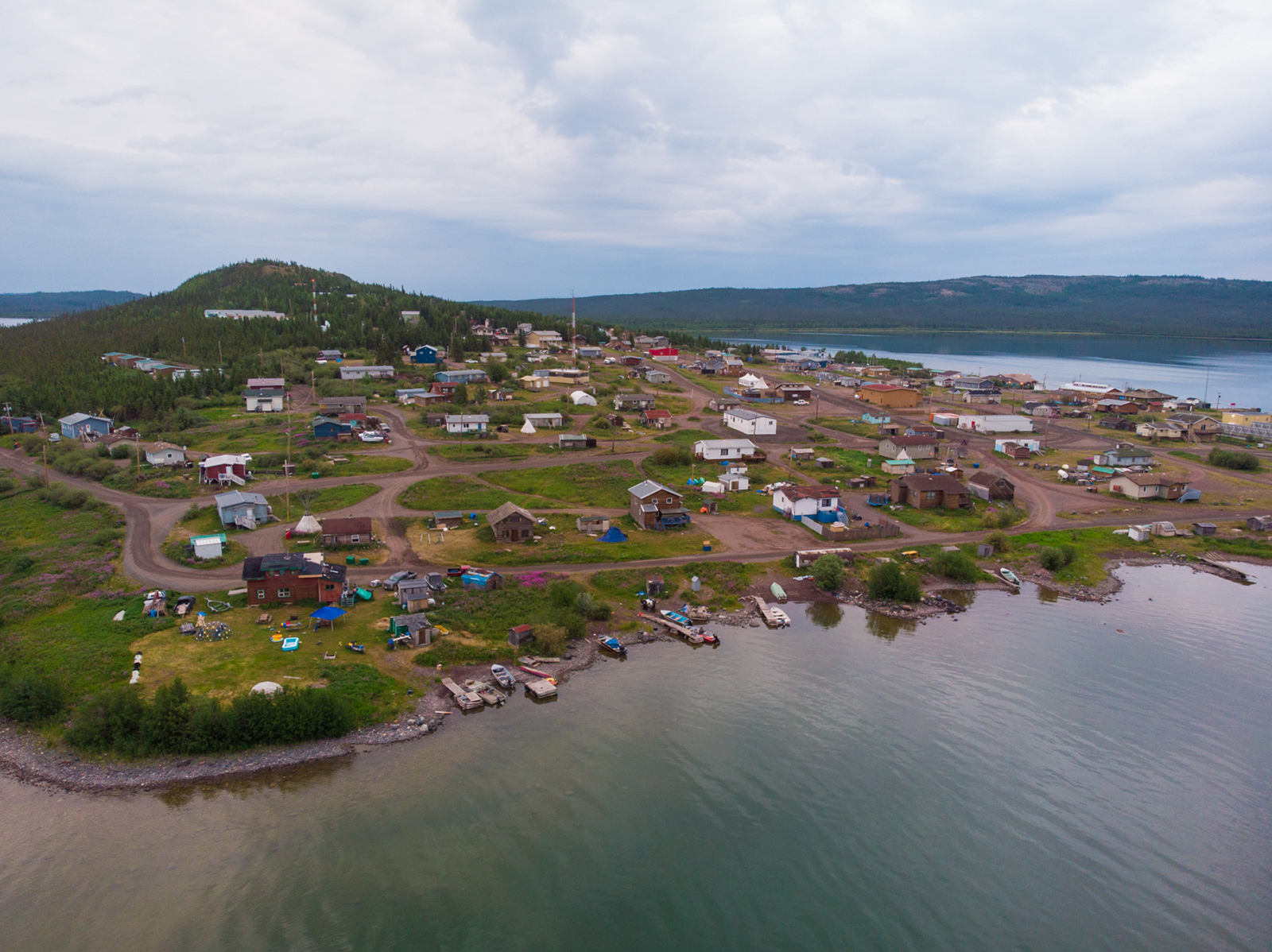 Thaidene Nëné can be accessed from the community of Lutsel K'e on the south shore of Great Slave Lake. (Photo: Pat Kane)

Thaidene Nëné translates to “Land of the Ancestors” in the Dënesųłiné or Chipewyan language. The Lutsel K'e Dene consider Thaidene Nëné to be a sacred place where the foundations were laid for their way of life.

What are some of the natural and historical features of Thaidene Nëné?

Thaidene Nëné encompasses part of the East Arm of Great Slave Lake, including part of Christie Bay, part of the Lockhart River, most of the Snowdrift River, and dozens of lakes, waterfalls, islands and dramatic glacier-carved cliffs. Both boreal forest and tundra ecosystems are found in the park, supporting an array of iconic wildlife, including barren-ground caribou, muskox, moose, wolves, black and grizzly bears, red and Arctic foxes, lynx, wolverines, beavers and many other small mammals and birds.

Fort Reliance, a national and territorial historic site, is located in the park at the mouth of the Lockhart River. First built by the Hudson’s Bay Company in 1833, the fort served as a base of operations for the expeditions of George Back and, later, the search for Sir John Franklin’s missing 1845 expedition. 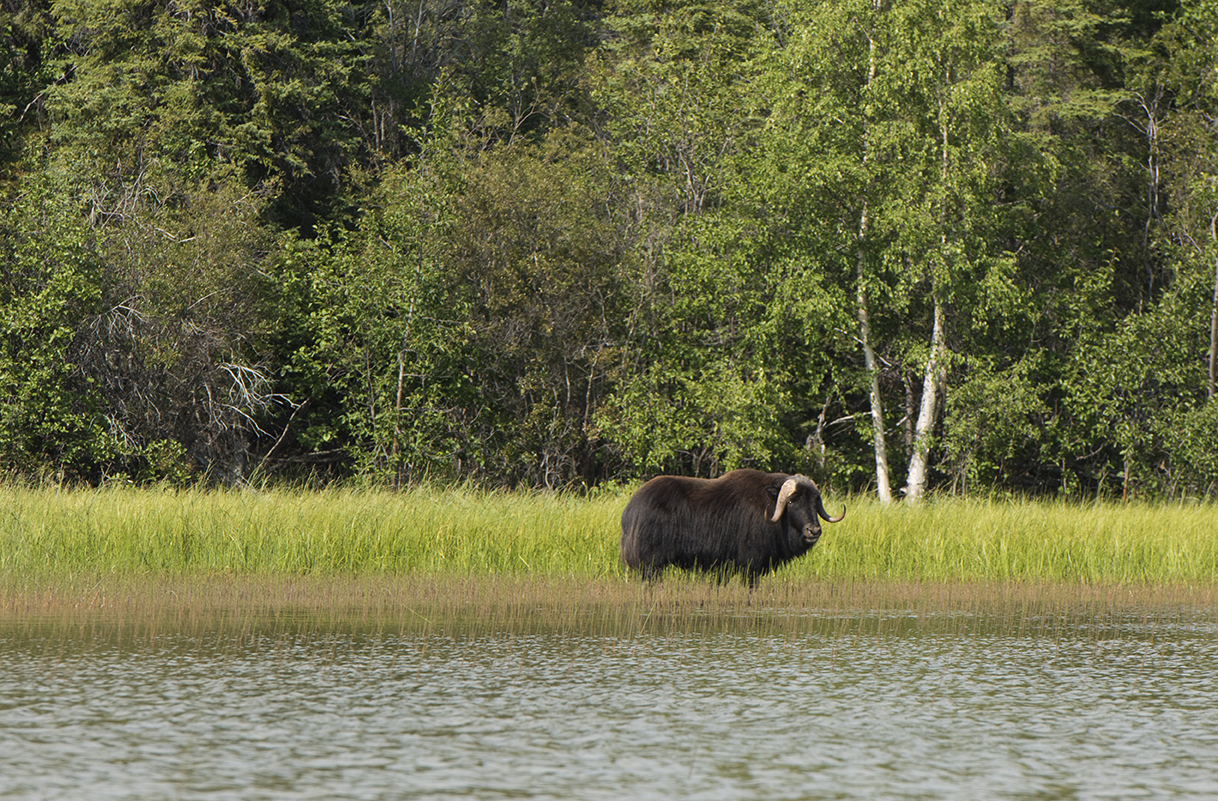 Yes! There are no roads to the park, but it can be accessed by air or water from the gateway community of Lutsel K’e, which is a 45-minute flight from Yellowknife. Once there, a number of local guides can take you to see some of the area’s most spectacular natural features. The Lutsel K’e Dene are keen to welcome visitors to the Land of the Ancestors in hopes of developing a sustainable tourism economy in the community.