It was the third attempt at Canada’s third highest peak for the RCGS-funded team
By Angelica Haggert
April 27, 2021

Notoriously windy and cold, Mount Lucania is nestled deep in the Yukon’s Kluane National Park and Reserve and is just 65 kilometres north of the more well-known Mount Logan — Canada’s tallest peak. Mount Lucania’s 5,226 metres has only been climbed by a handful of women.

On April 15, Marceau and Capozzola flew with Icefield Discovery to their base camp, the Walsh Col on the Donjek Glacier, at 2,743 metres. The moment was exhilarating for the two who prepared for two years — and were slowed by COVID-19 quarantine procedures and weather delays — before heading out. 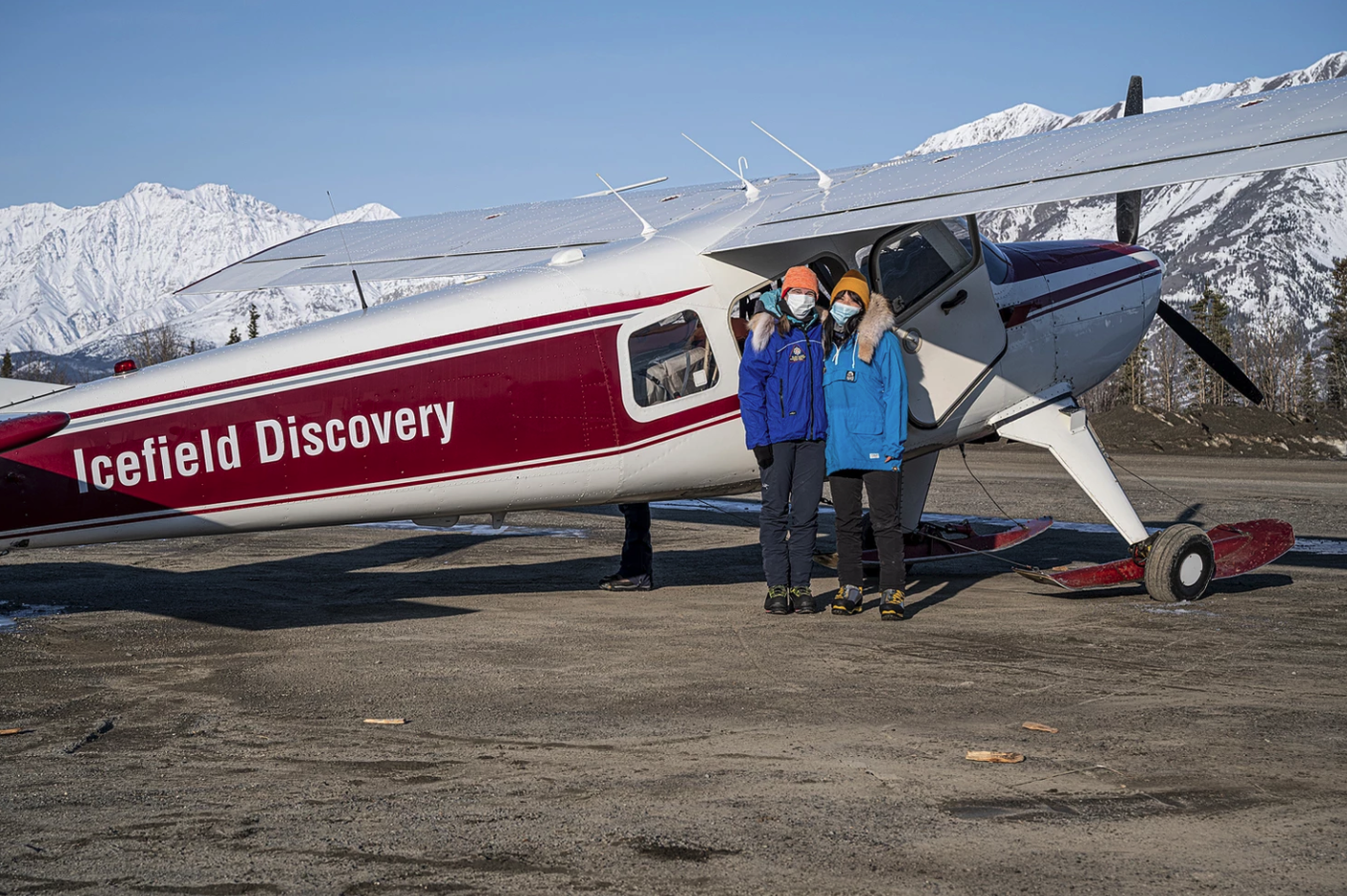 On Day 4, Marceau and Capozzola made it to “dome camp,” at 4,267 metres after battling through a wind storm and getting “cliffed out” trying to make it to camp.

Listen to their call-in from Day 4 here:

Just a few before the summit attempt, the two moved camp through the “crux and connect” terrain of their journey, closer to the summit of Mount Steele.

“We’re in a phenomenal spot on Mount Steele,” said Marceau in that day’s call-in. “We moved our supply cache further up so we could move camp [again] tomorrow. We’re doing great! We’ve acclimatized really well … the wind has been strong, but we have the right gear, so we’re comfy.”

Fellow Michael Schmidt, on a flyover with Icefield Discovery caught a great photo of the team as they moved camp. 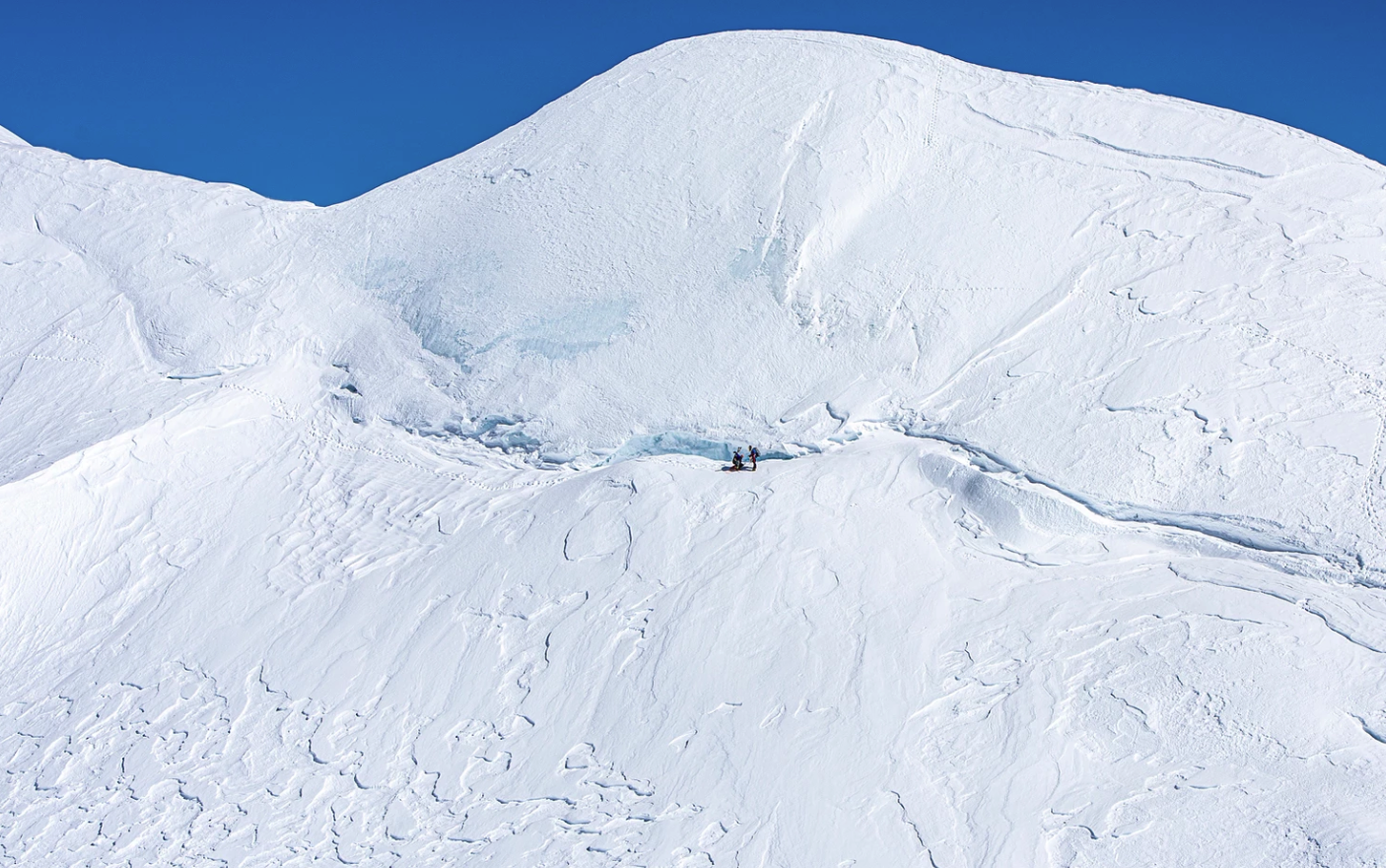 The duo as they move camp. (Photo: Michael Schmidt)

On Day 10 of the expedition, the duo made it to Camp Steele, at 4,694 metres, despite unending winds. Their climb was simultaneous, carrying another five days worth of food and fuel with them.

After traversing Mount Steele to the base of Mount Lucania, landing at High Camp at 4,724 metres, the team was in position to make an attempt for the summit — but an unstable weather window brought concern to the team on the ground.

“The plateau was perfectly firm,” said Marceau about getting from Mount Steele to Mount Lucania. “We’re exhausted, even though it was a short day today … we’re just done from going so hard. We’re going to rest up today so we can do the big summit day tomorrow. It’s a race against time.”

Marceau also noted that the weather would need to hold for the descent from the summit, to make it safely back to camp — and hold it did. The women did a 914-metre climb to the summit on April 26, with a live tracker updating their progress every 30 minutes. They made it to the peak at 3:34 PDT. 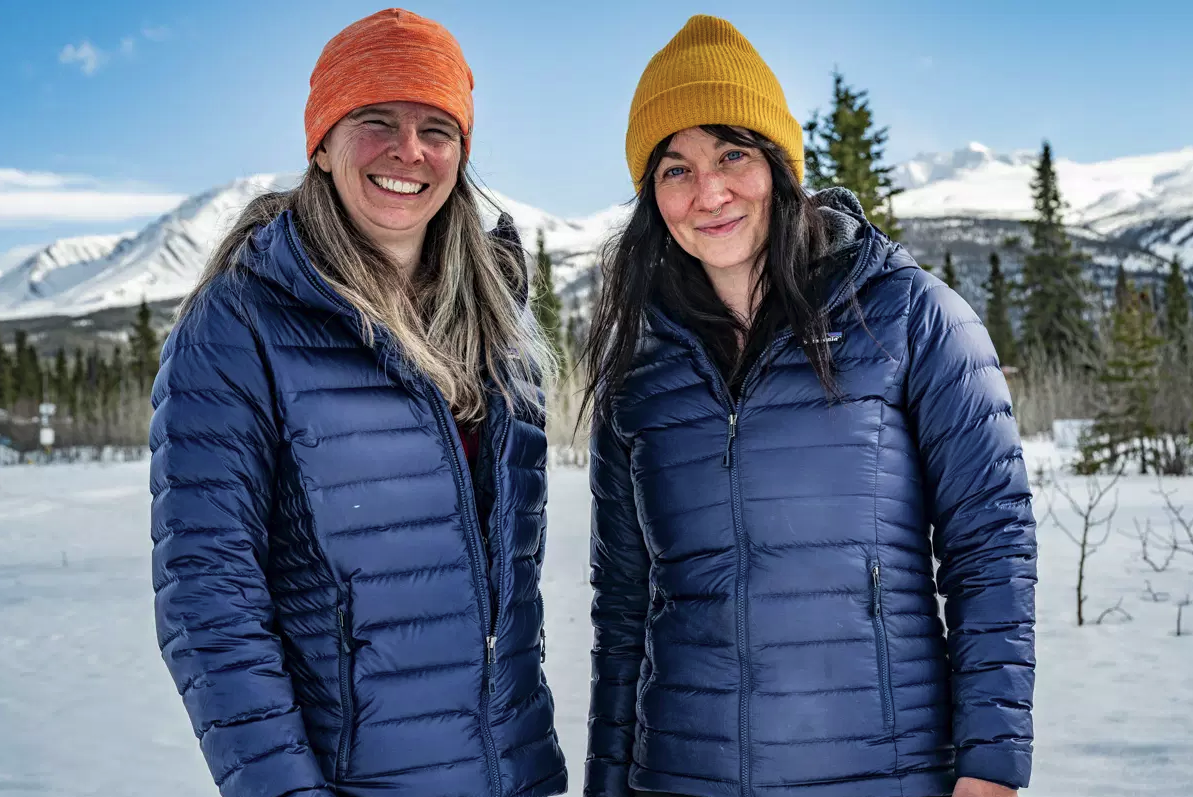 Watch for more updates as the women return safely home on their blog or on social media using #RCGSExpedition.