The Royal Canadian Geographical Society’s 2018 Expedition of the Year returns to the Bisaro Anima Cave near Fernie, B.C.
By Jeremy Bruns
December 7, 2018

A group of cavers from across the country ventured once again to the Bisaro Plateau near Fernie, B.C. in August 2018. This time, the 22 members of The Royal Canadian Geographical Society’s 2018 Expedition of the Year weren’t focused on explorations inside the Bisaro Anima Cave, the deepest in Canada as of January 2018. Instead, they set their sights on the surface, hoping to find new entrances that connect to the known cave system. Bisaro Anima is 5.3 kilometres long, more than 670 metres deep and located on a two-square-kilometre plateau with hundreds of depressions, but surprisingly there’s still only one known entrance ― so far. Here, project leader Jeremy Bruns shares his expedition log of the most promising finds from the week-long trip.

A panoramic view of the surface camp, with (left to right) Mt. Klauer, Mt. Bisaro, and the Bisaro Plateau behind camp. (Photo: Jeremy Bruns) 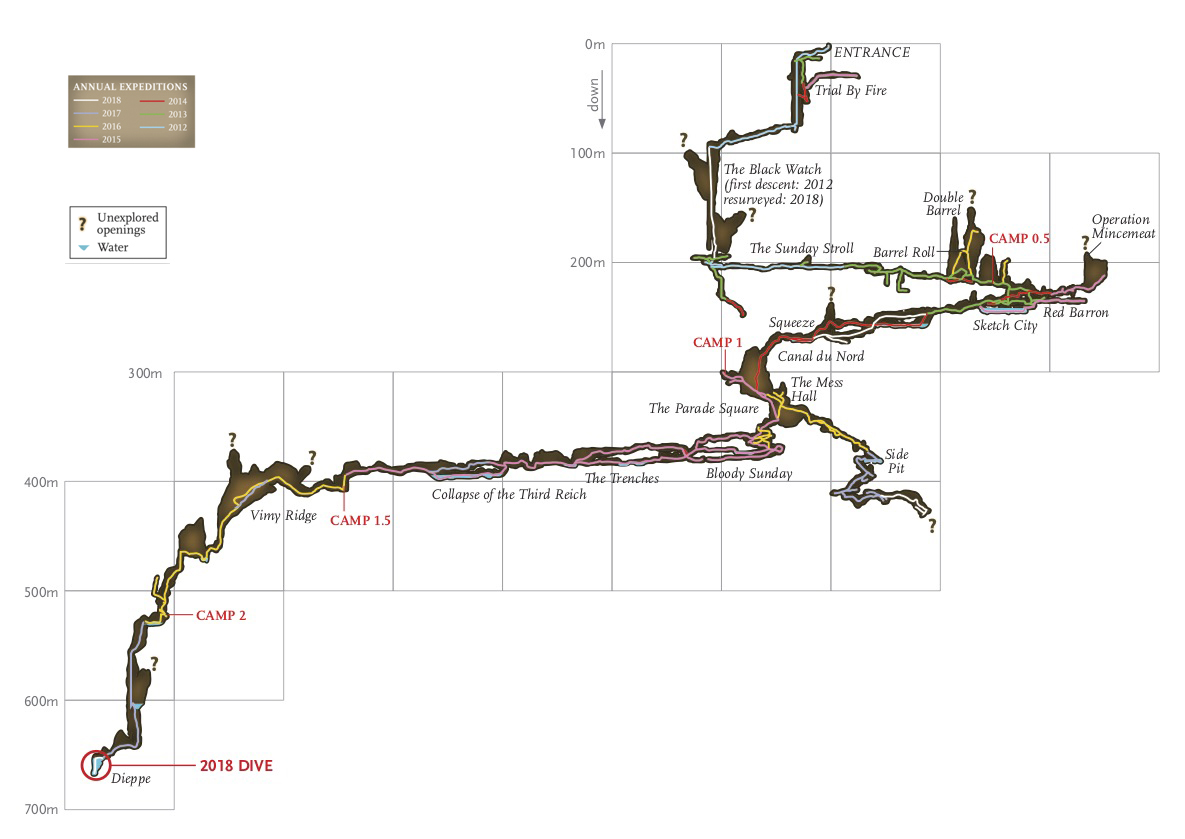 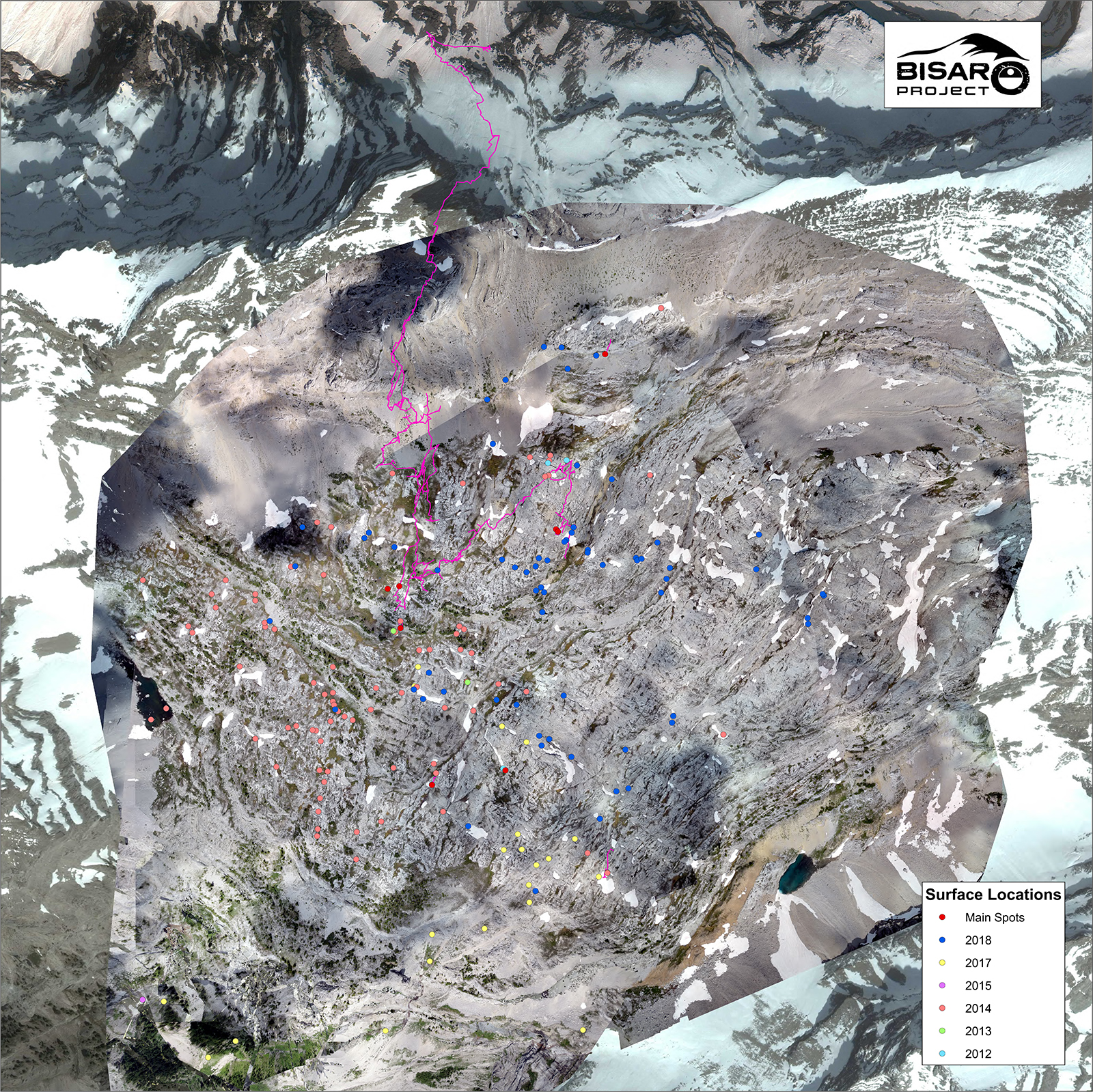 A map of surface locations that could connect to the Bisaro Anima Cave overlayed with drone imagery. (Photo: Bisaro Project) 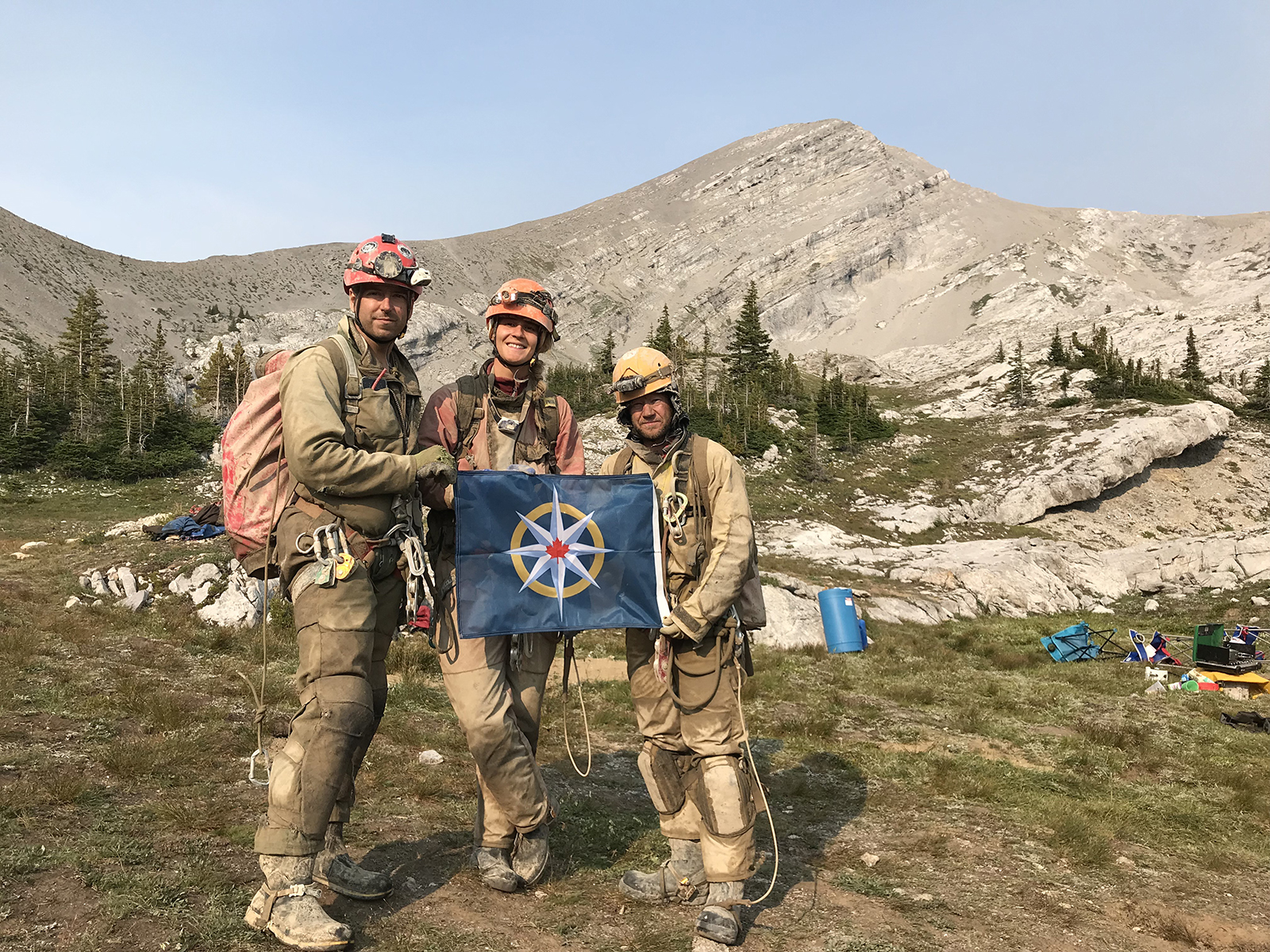 Left to right: Christian Stenner, Chantal Tempelman and Jesse Invik return to the surface after two nights exploring the inside of Bisaro Anima. (Photo: Jeremy Bruns)

Trip co-leader Claire Gougeon and Charlene Barker work on finding more entrances on the lower plateau to the southwest of the main camp, where rock benches fall away one after the other to a cliff overhanging the valley below. The group finds a crack in the rock that's blowing cold air in a howling draft ― the only problem is that the crack (named “Tapeworm Trench” in keeping with our First and Second World War theme for the plateau) measures about two metres by 15 centimetres. Nadene and I join this group and start hammering away to open up the passage. After all, we’ll need to actually get in there to assess its potential. 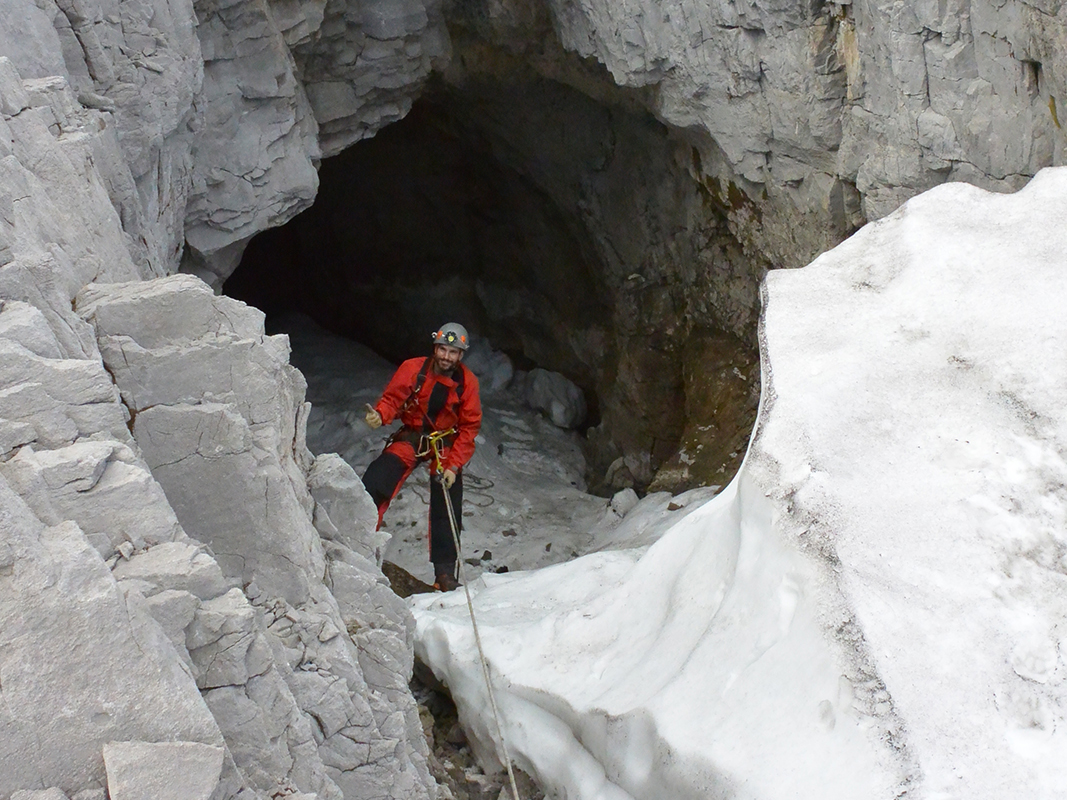 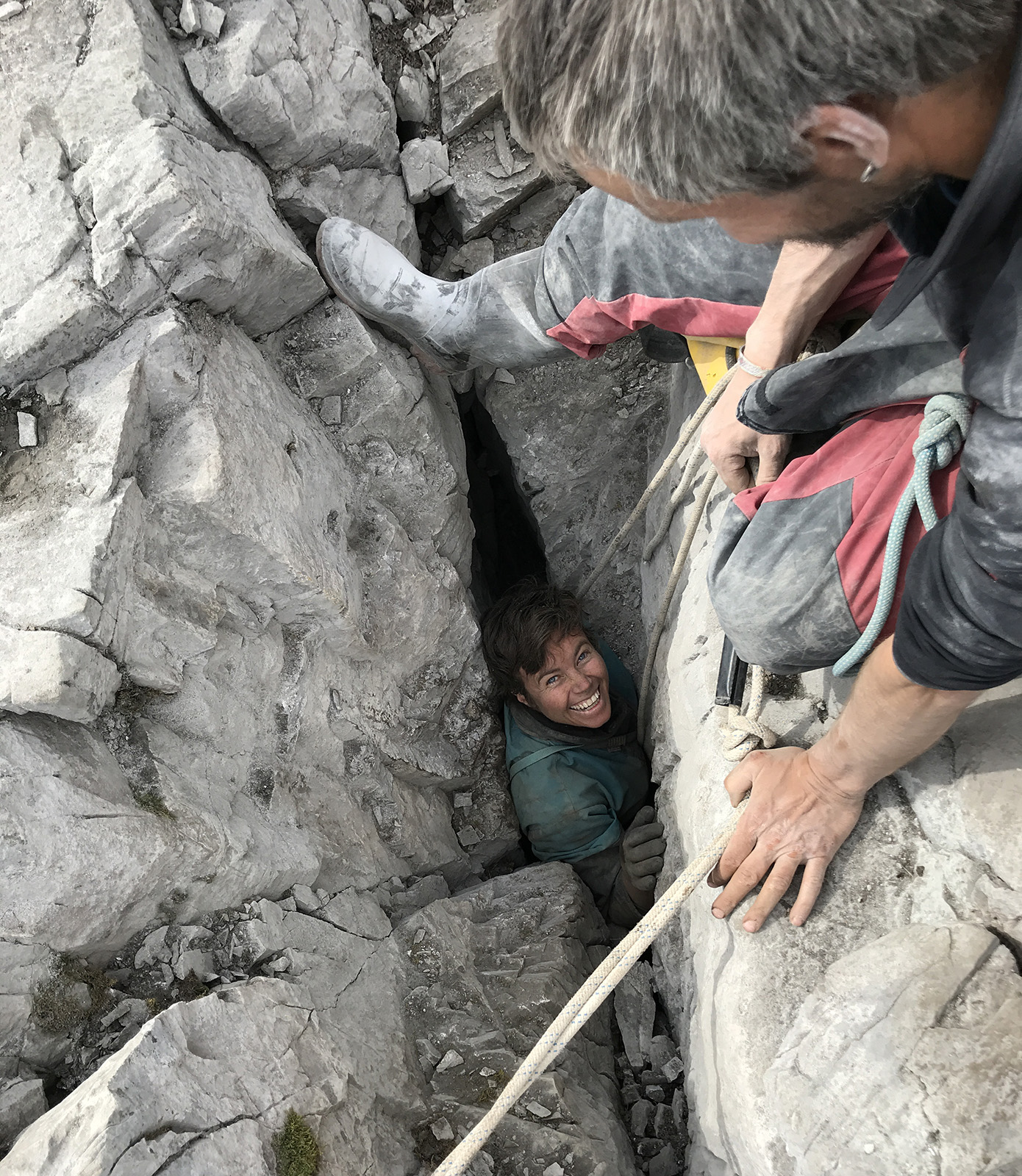 After rock is removed, Claire Gougeon tries to squeeze into the Tapeworm Trench in the lower plateau. (Photo: Muriel Chahine) 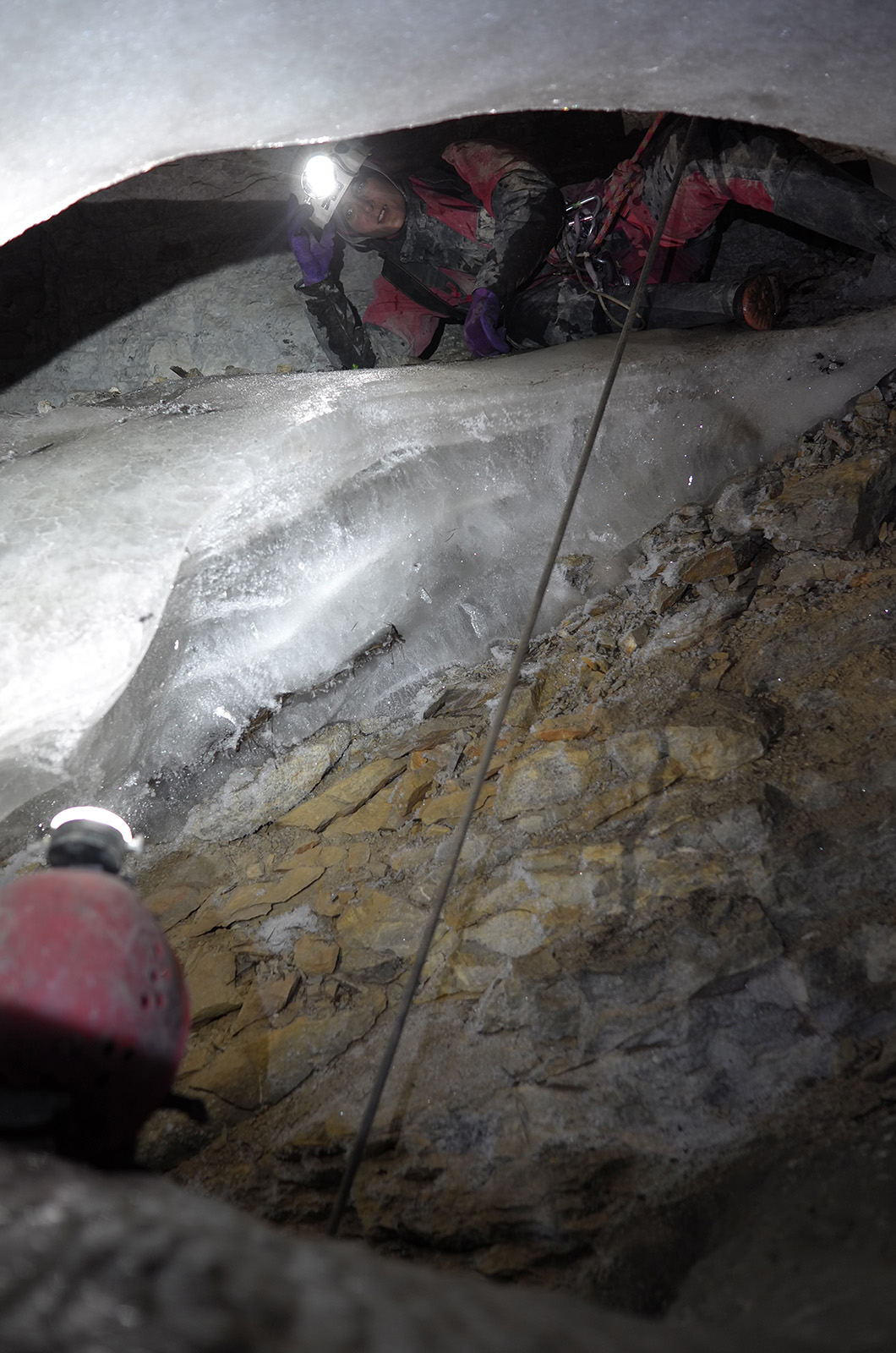 Muriel Chahine waits for the opportunity to descend into the Gear Cave. (Photo: Jared Habiak) 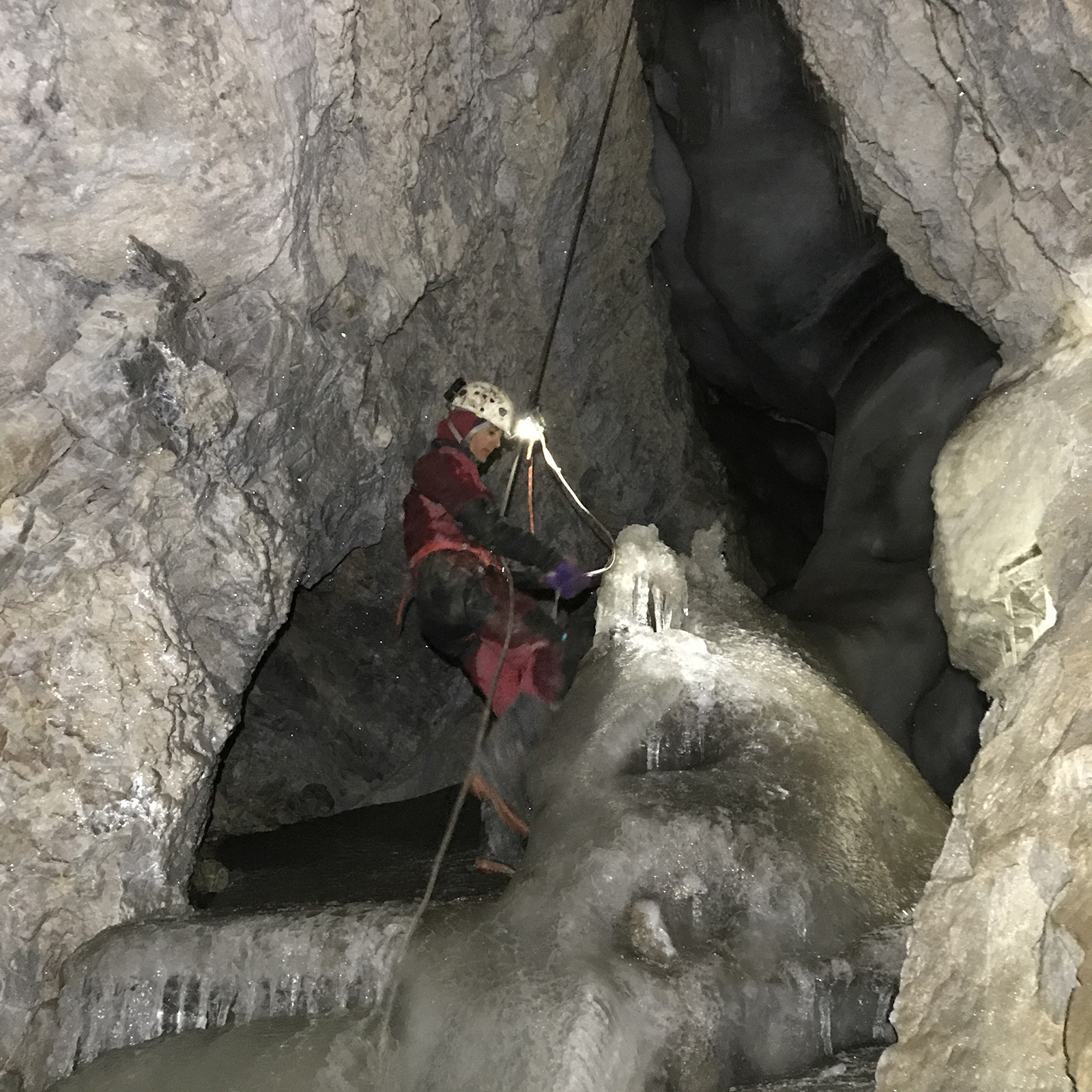 That same morning, Kathleen Graham and Jason Lavigne helicopter to a deep valley northwest of the plateau where a natural spring (named “Bisaro Enema” in true caver fashion), was dye-traced in 2015 and found to be a resurgence of underground streams that flow into Bisaro Anima. Kathleen attempts an inspection dive with simple gear and, while tight, the spring seems to have lots of potential to lead us into Bisaro Anima, prompting plans to return in the fall when its flow is lower and we can collect data to help us estimate the water volume between it and the cave's sump. With that information, we might be able to tell whether the passage connecting the two is mostly dry or underwater. 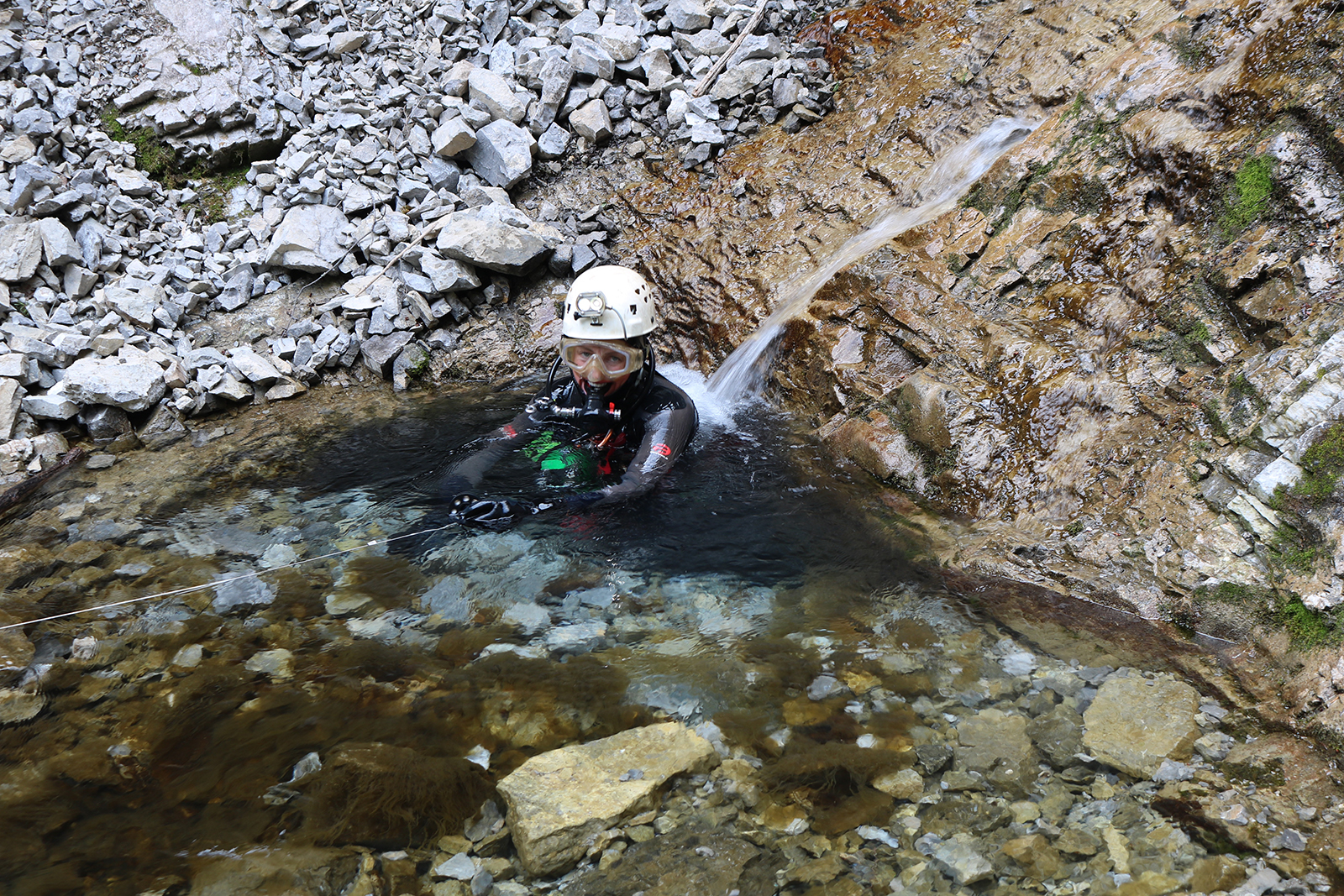 Kathleen Graham emerges from the dive in the northwest resurgence, playfully named Bisaro Enema. While there are tight spots, it has potential to connect to the main cave. (Photo: Jason Lavigne) 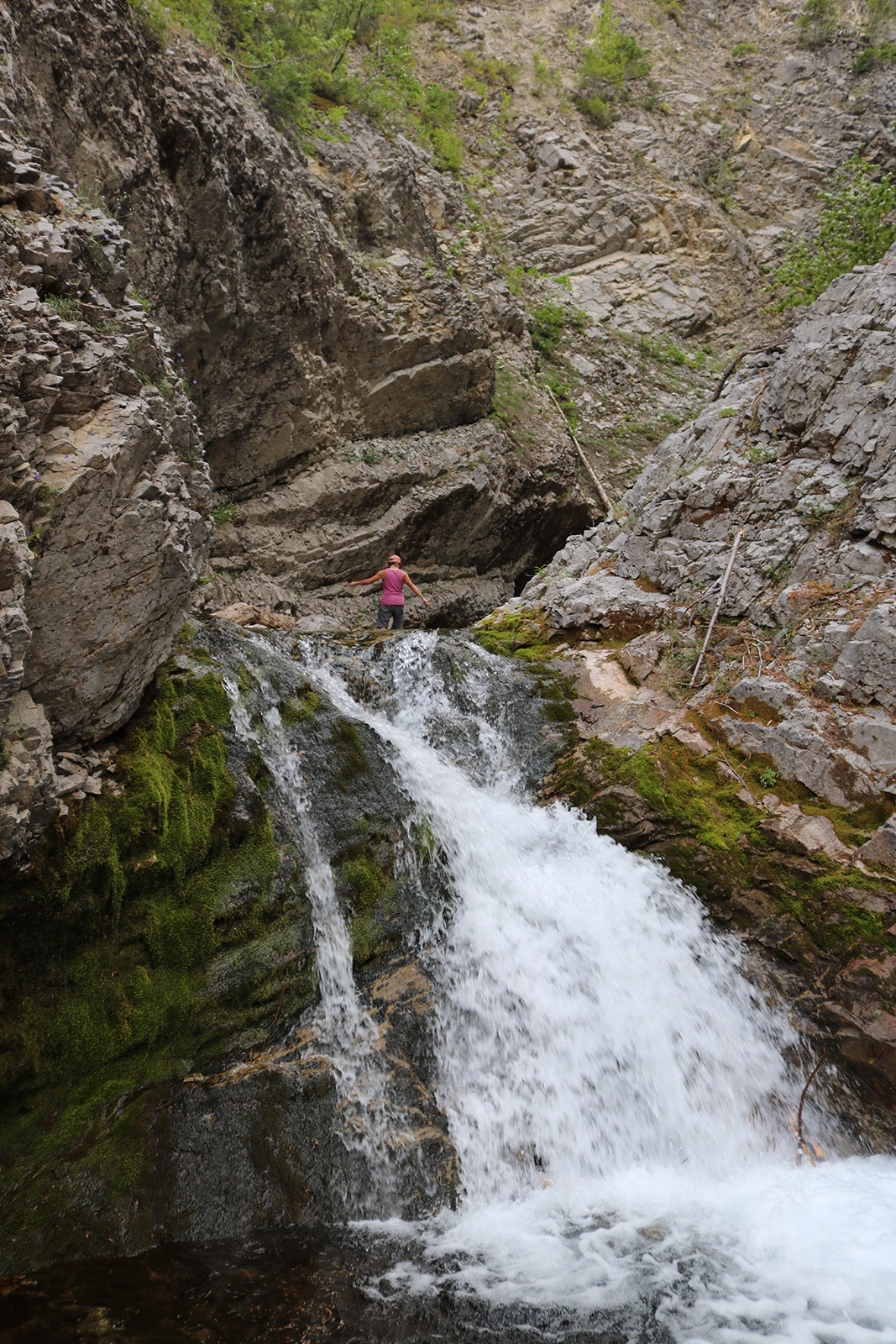 The waterfall below the resurgence reveals how significant the flow rate is in the summer. (Photo: Jason Lavigne)

Inside the cave, we added more than 700 metres to its length; it's now 6,350 metres long. We also discovered a new pit next to Camp 0.5, one of the permanently established camps within the cave. In the vicinity, the team explored an exciting area in the southwest portion of the cave that could connect up to Tapeworm Trench, and continued some climbs, which we hope will connect up to the other surface entrances we identified in August. The problem with trying to connect these entrances from the bottom up, however, is that while rappelling down a vertical drop is quick, climbing up takes days. We’ll continue to work on these leads on subsequent trips. Deeper in the cave, work continued below Camp 1, where several leads from August were explored. 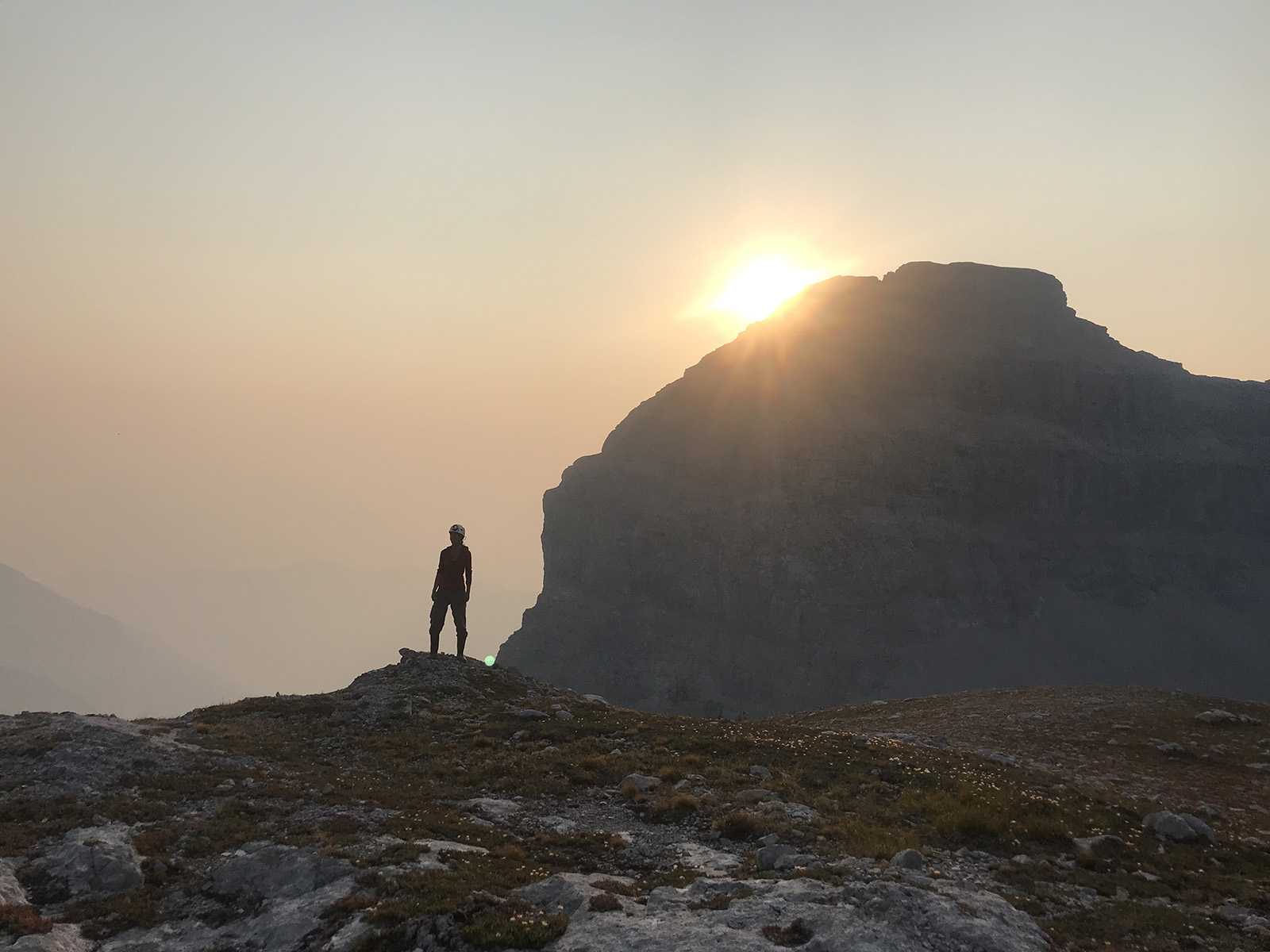 Muriel Chahine is silhouetted by the sun and smoke over Mt. Klauer in August 2018. (Photo: Vlad Paulik)