Emily Choy became hooked on the Arctic when, as a Master’s student, she jumped on a research opportunity to study the effects of manmade contaminants on High Arctic food webs on Devon Island, Nunavut. “When I experienced how out of the world it was and observed the wildlife that are so highly adapted to the Arctic environment, I just fell in love,” says Choy. She has remained in Arctic research ever since, studying the impacts of climate change on Arctic marine predators — from belugas and narwhals to murres and kittiwakes.

On Nov. 23, 2020, Choy received the 2020 L’Oréal Canada For Women in Science Research Excellence Fellowship. The prestigious fellowships, each worth $20,000, are awarded to support major postdoctoral research projects undertaken by young Canadians at a pivotal time in their career.

Choy’s collaboration with the Royal Canadian Geographical Society dates back to her participation in the 2014 Victoria Strait Expedition to search for the lost ships of the Franklin Expedition. She has also been involved with science outreach to youth through Canadian Geographic Education and Earth Rangers. Canadian Geographic spoke to her about her work and her educational outreach a few weeks before she received this latest recognition.

On working in the Arctic

Right now, my research focusses on thick-billed murres. Field season for the murres is late June to August. It’s very physically demanding — we have a rock climber who comes with us and I had to take a rock-climbing course to conduct my work. There are breathtaking moments every day. One day I was on the cliffs and 200 beluga whales passed right under me. Another day we walked to a walrus haul-out — a place where hundreds of walrus sunbathe.

On her fascination with murres

Murres are elite divers — they can dive up to 200 metres in three minutes. In birds, flying and diving is a trade-off. A perfect example is a penguin; it’s so specialized for diving that it has lost its ability to fly over time. But murres have managed to be elite divers who can still fly. It’s hard for them to do so — they have one of the highest energetic costs of flight of all birds — but they manage to fly up to about four hours a day during breeding season and migrate each fall from Coats Island [at the mouth of Hudson Bay] to Labrador. 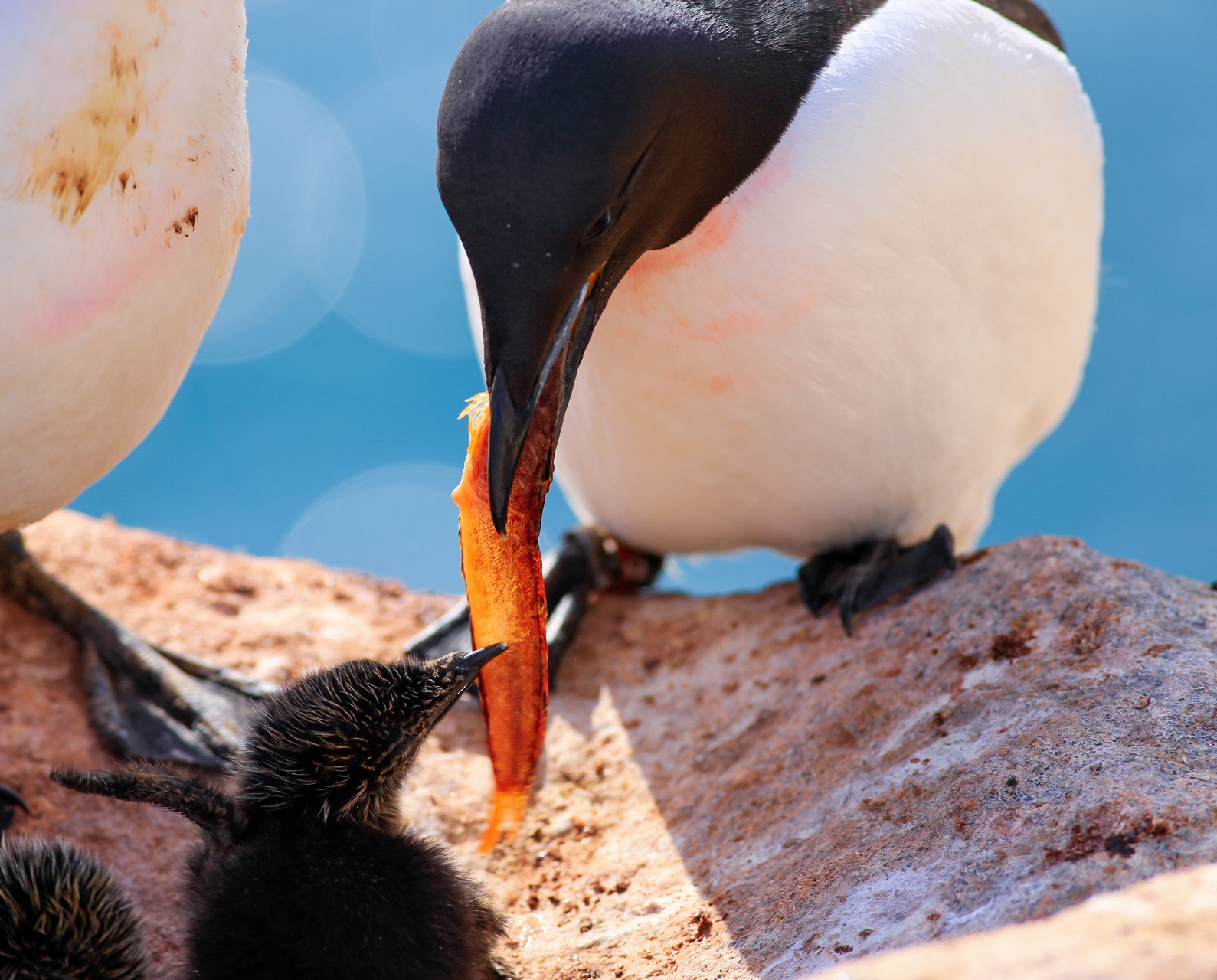 On the potential effects of climate change

Murres have a poor ability to dissipate heat. For that reason, they could be an early warning for other Arctic birds that increases in air temperature could lead to reproductive failures or population declines. Because of the sea ice decline, shipping is projected to increase, which might also harm murres. One of the things my lab is doing is looking to see where the birds use their habitat to see if they’re overlapping with shipping routes. That info will be used for conservation purposes like marine protected areas.

On climate change and food supply

Because of the warming of Hudson Bay over the past 30 years — particularly, the warm waters coming from the Atlantic — my study group has found that murres have switched their diet from about 50 per cent Arctic cod to about 50 per cent capelin. And there have been a few studies by murre expert Tony Gaston that have shown that because capelin are much smaller than cod there has been a decline in the growth rate of chicks of murres.

The murres can only carry about one at a time in their beaks. And because they have all of these energetic costs — particularly due to flight — one of my interests is what impact does this change of prey have on the energy demands on murres and their behaviour.

Canadian populations are stable but the murre populations in Iceland and Greenland have seen massive declines that are believed to be due to environmental change.

On connecting with the next generation

I strongly believe that the best way to combat climate change and help the planet is to get children interested in nature. I’ve wanted to be a zoologist since I was a little kid. My grandparents had a cottage in the Kawarthas and every summer, I would go for hikes and catch frogs and snakes. That’s how I found my path — through being involved in nature and having my interests developed as a kid.

On what’s next in her research

In 2019, our field season was cancelled due to COVID-19. It was obviously a huge concern going up North and being in contact with northern communities. But the plan is to go up next year if conditions improve. So I’m hoping to be at Coats Island in the Summer of 2021, as well as Middleton Island in Alaska — I also study black-legged kittiwakes. I plan to be spending my next two summers in the Arctic.