The Adopt a Ship program took kids on a virtual behind-the-scenes tour with Coast Guard crews and staff
By Tanya Kirnishni
May 19, 2021

What are the biggest waves you’ve ever seen? Have you ever saved a life? What is the horsepower of a helicopter?

These are just a few of the questions asked by Grade 6 students during the Adopt a Ship pilot program. Created by the Canadian Coast Guard (CCG) in partnership with Canadian Geographic Education, the program brought together classrooms with crews on board CCG vessels to create interactive learning experiences for elementary school students.

“We really wanted to give them a taste of what a career with the Coast Guard could be like,” says Cathy Salter, director for operational personnel and force generation for the Department of Fisheries and Oceans Canada. “We wanted them to learn more about marine safety, the environment, the importance that shipping has to the economy — all sorts of things that people don't generally think about, although we're a marine nation.”

The Adopt a Ship pilot program, which ran from February to March, assigned CCG vessels to two classrooms. Students tracked "their" vessels and communicated directly with the crew over the course of the two months. The John P. Tully, an offshore oceanographic science vessel that operates on the B.C. coast, was paired with an English-speaking class from Victoria, B.C., while the Martha L. Black, a ship that patrols the St. Lawrence Seaway, worked with a French-speaking class from Drummond, N.B.

“The project really showed them another type of career. We're in a rural place where it's mostly agriculture and forestry and this was an opportunity for my students to see careers that related to water and navigation,” says Daniel Martin, the New Brunswick teacher from École Mgr-Lang. “I believe that we need to teach our kids to have an open mind to everything that's in the world. If they don’t get the opportunity to see what's out there, they won’t think about going outside their community.”

In the past, the Coast Guard has done outreach aimed at secondary school students. However, by that age, it’s too late for many students to gain the necessary requirements to get into the Coast Guard College or similar programs around the country because they are missing key math or science credits. More recently, the Coast Guard has shifted their focus to work with younger kids.

“One of the things that we found is when kids are thinking about what they want to do with their lives, they don't know that there are good jobs available in the marine industry or what those jobs are, so they don't think about what sorts of things they need to take in school,” explains Salter.

In the Adopt a Ship program, students sent weekly questions to their vessel’s crew and completed activities in a log book on themes such as maritime safety and navigation. The range of topics covered over the course of the program not only provided insight into what the Coast Guard does, but also connected to what teachers would be expected to cover in their province’s curriculum.

The geography connections, such as environmental protection and border patrol, are obvious, but teachers found other unique ways to integrate what their students were learning. Martin taught his students new vocabulary in French class, while in math class they calculated their vessel’s fuel consumption and compared it to what an average car would use in a week.

Sean Pollitt, the participating B.C. teacher from Colquitz Middle School, had his students use an online marine traffic system to track their ship each week. They used Google Maps to map out different Indigenous groups in British Columbia and talked about how their local firsthand knowledge supports the work of the Coast Guard. Students also learned about the role of the Coast Guard in an international context by looking at the impact of global shipping routes on trade.

“One of the activities was to map where your lunch came from — having the kids look at different sea routes, understanding the role of the Suez or Panama Canal in bringing goods and supplies around the world, was something new to them,” says Pollitt. “Using technology to connect them to those understandings was a powerful way to cement that learning.”

However, the highlight of the program wasn’t the hands-on activities or interactive tools — it was the chance to speak directly with people working in the Coast Guard. Both classrooms had several virtual hangouts, which included sessions with the Canadian Coast Guard College, the Port of Victoria Regional Operations Centre and Coast Guard personnel working in the field. Martin’s class had the opportunity to talk with captain Stéphane Julien of the Martha L. Black. 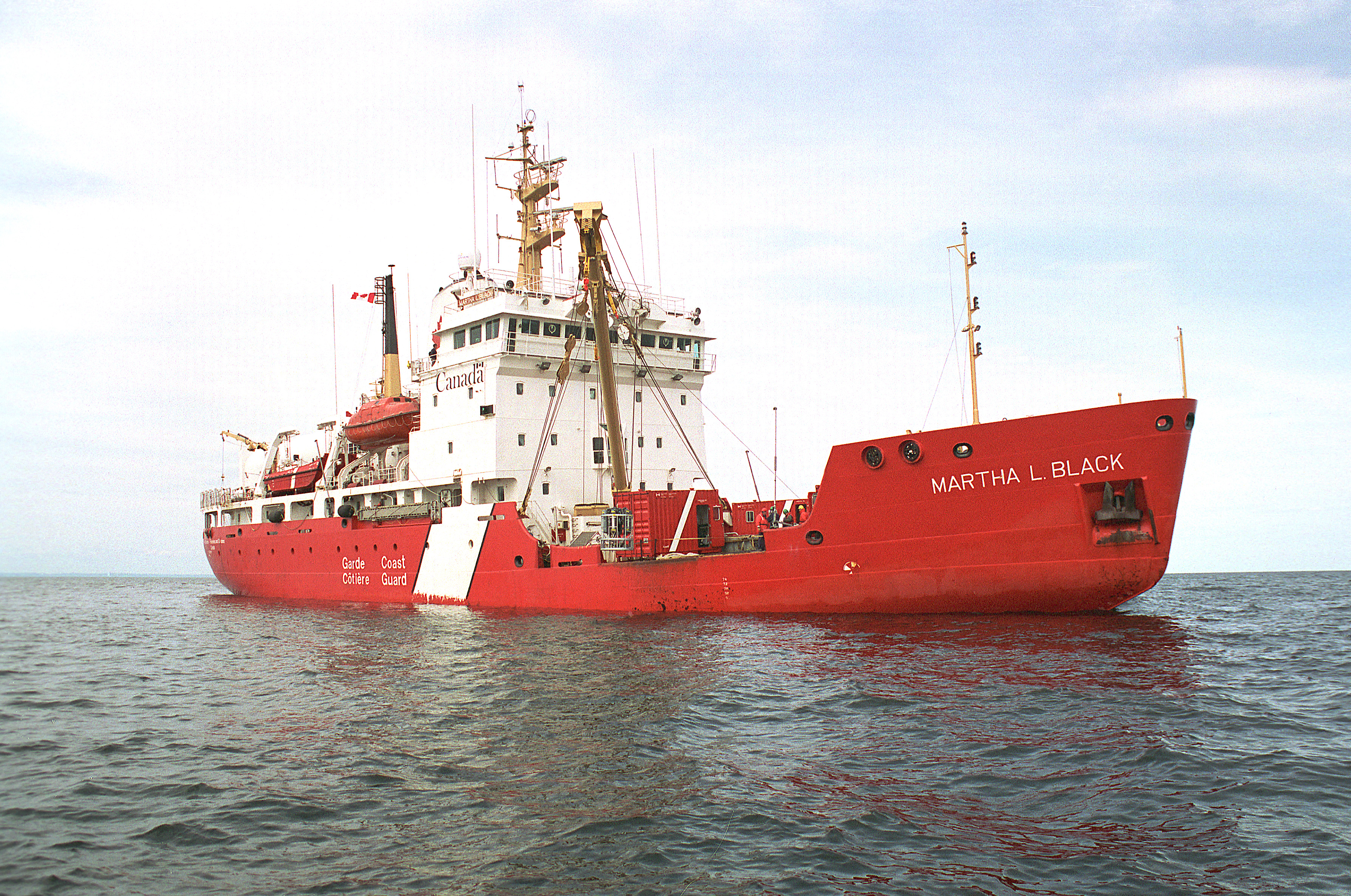 “Kids ask questions that are very thoughtful and go to simple things,” says Julien. “There’s always a couple questions that come out of the blue and you wonder, how did this little person think of that? If they don’t have the answer, they’re just going to have a go at it. Working with kids is always fun — they’re honest and interested.”

Captain Julien has been fascinated by the sea since he was a young boy and his mother read him books about Amundsen and the race for the south pole. He also had an uncle who worked with the Coast Guard in the late 1960s and made home movies that inspired nine-year-old Julien to become a captain on an icebreaker. As someone who made his dreams a reality, Julien appreciates the significance of those early childhood experiences and how they can shape a person’s life and career trajectory.

“When you talk with kids, you never know where your influence will stop. That's what teachers have the privilege to do,” says Julien. “You may have that little boy or girl at the back of the room who isn’t asking questions, but they find something interesting in what you said, and then it's like a seed that you plant and it's going to keep growing.”

Both the Coast Guard and the students waited eagerly for these opportunities to connect on Zoom calls. There were some logistical challenges as active vessels can be called away at any time for search and rescue operations, but both classrooms managed to get a behind-the-scenes look at life with the Coast Guard.

“I loved the Adopt a Ship program because I got to discover new adventures and learn about what the Martha L. Black does,” says Michaël, one of Martin’s students.

There were more than a few budding sailors and engineers among the students and many of them latched on to the mechanics of their vessels, asking about how things worked and who did what on the ship. Another of Martin’s students, Sunnie, when asked about what she liked the most, said she was fascinated by all the onboard computers.

Whether it was stories about the awe-inspiring power of nature and extreme storms, the organized clamour of directing marine traffic at one of the country’s busiest ports, or the day-to-day activities of life aboard a ship, students couldn’t get enough of these sessions.

“They really appreciated the Zoom calls and wanted even more,” says Martin. “My kids could relate to them because it was at their level.”

Due to the restrictions imposed by COVID-19, teachers have had a difficult time arranging field trips or experiences beyond the classroom. The Adopt a Ship program provided classrooms a virtual way to connect with professionals in the field and use some of the same tools that they use in their jobs every day. The program was originally meant to have an in-person component, allowing for classrooms to tour their respective vessels, which had to be put on hold for safety reasons. However, those plans may be revisited as there are already discussions about expanding the program based on its promising pilot run.

Canada has the world’s longest coastline and its waterways are rich in marine life, which has served as the backdrop to a history that is closely linked to coastal life, exploration and navigation. Today, the Canadian Coast Guard plays a vital role in protecting the environment, supporting international trade and more. The Adopt a Ship program offers students a chance to dip their toes into a world beyond their everyday experiences.

“In terms of takeaways, the potential job opportunities for kids who may not have seen that as an option before was eye-opening,” says Pollitt. “It also showed the human side of the Coast Guard — that there are people from all walks of life and all different abilities that take part in helping maintain our borders and keeping marine navigation safe.” 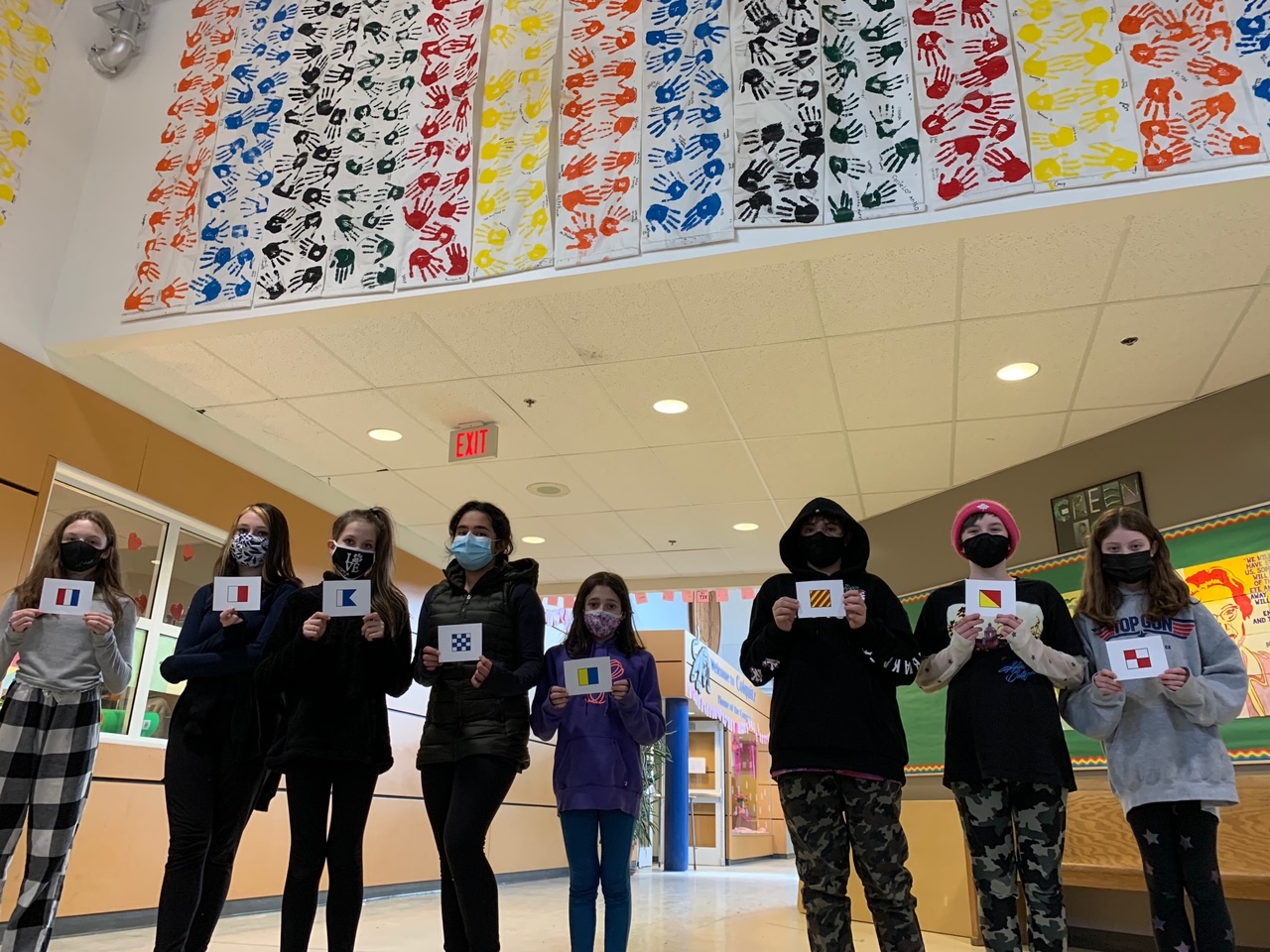