Canadian Geographic is proud to recognize 13 outstanding photographers who captured some of the best images of 2021
By Alexandra Pope
December 21, 2021

A caribou, silhouetted by the setting sun, shakes off water in a spray of golden droplets. Lightning sizzles over the Edmonton skyline during a spring thunderstorm. A woman pauses to sip hot chocolate outside a snowy corner store in downtown Montreal — a perfect snapshot of urban life. These are just some of the outstanding images selected from among nearly 7,000 entries to Canadian Geographic’s Canadian Photos of the Year competition as the best of 2021. Canadian Photos of the Year is a fresh take on our annual photo competition, which ran for 36 years. For the first time, we were pleased to award one individual a grand prize of $5,000, naming them Canadian Photographer of the Year. Read on to see the photos that most impressed our judges: Jenny Wong, Christian Fleury, Scott Forsyth, and George Kourounis.

Canadian Photographer of the Year 2021 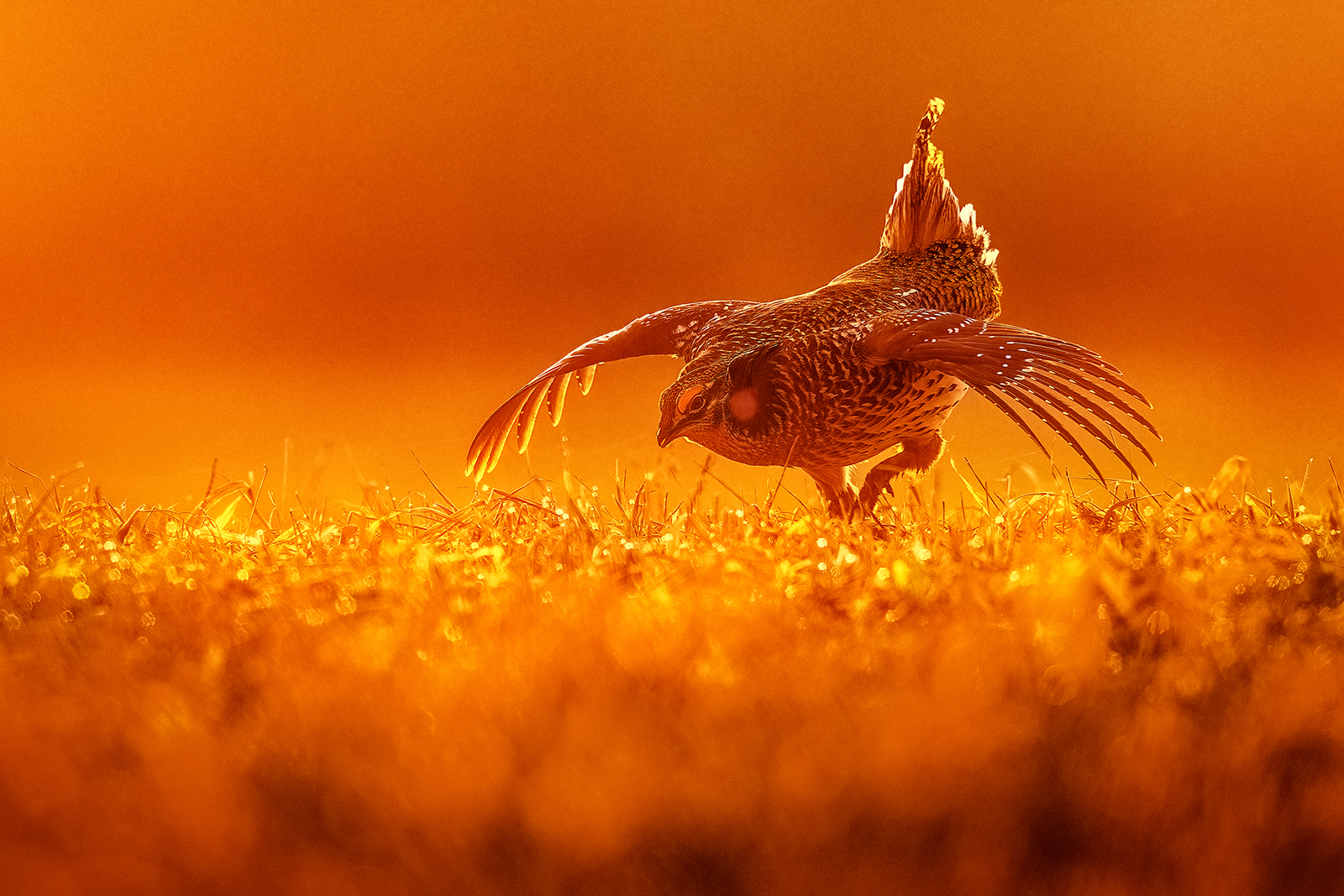 A male sharp-tailed grouse performs its mating dance, known as “drumming” because it involves the birds tapping their feet rapidly against the ground while fanning out their wings and tail. (Photo: Jean-Simon Bégin)

Jean-Simon Bégin wants to do more than just take beautiful pictures. He wants to change the world.

The Quebec City-based wildlife photographer and painter has been exploring the wilderness of Canada’s largest province, camera in hand, since he was a teenager. Now 31, he is harnessing the power of photography to raise awareness of some of Quebec’s most special regions and animals.

Bégin’s work stood out among the entries for its beauty, originality and storytelling. In September 2021, he undertook two expeditions to Nunavik, in Quebec’s far North, to document the efforts of residents to develop sustainable tourism in the region. His second trip, to Kuujjuaq on Ungava Bay, happened to coincide with the fall migration of the Leaf River caribou herd. When he wasn’t shooting catch-and-release fishing at Leaf River Lodge, Bégin was out on the land, watching the caribou crossing the river.

“I was completely mesmerized by how fantastic this place was,” he says. “I took some great pictures, but I also had some really formidable moments of just me hiding in the bush with 10 caribou walking a few metres away from me.”

Bégin, who has already self-published two books of his photographs, is now working on a third volume about Nunavik that he hopes will encourage southerners to discover the region’s cultural heritage and biodiversity. He also contributes images free of charge to provincial media in the hope of attracting more eyeballs to stories about the plight of Quebec’s threatened woodland caribou. 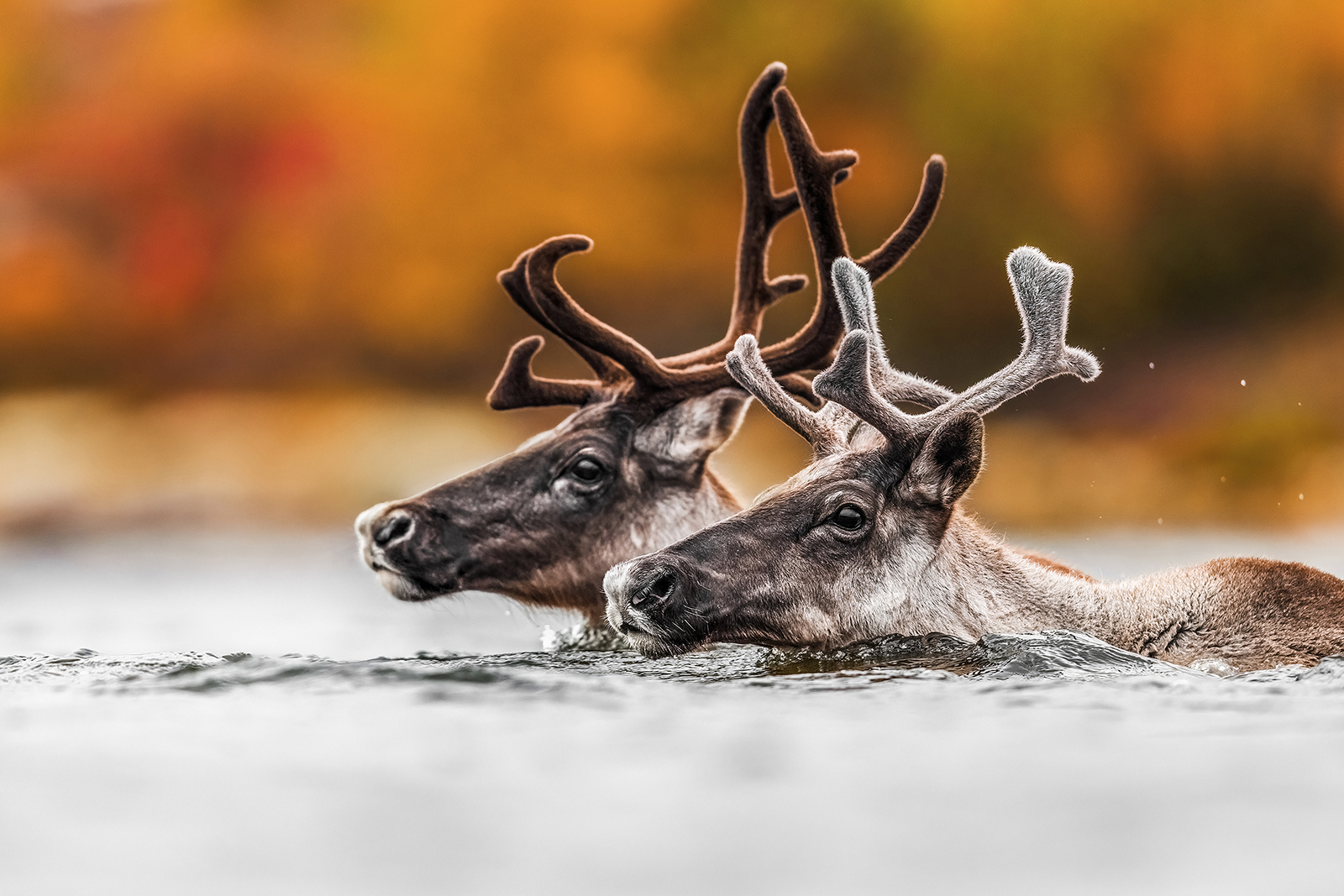 A pair of caribou cross the Leaf River in Nunavik, Quebec's far north, during their autumn migration. (Photo: Jean-Simon Bégin)

A polar bear almost seems to heave a sigh as it waits outside Churchill, Man., for sea ice to form on Hudson Bay. 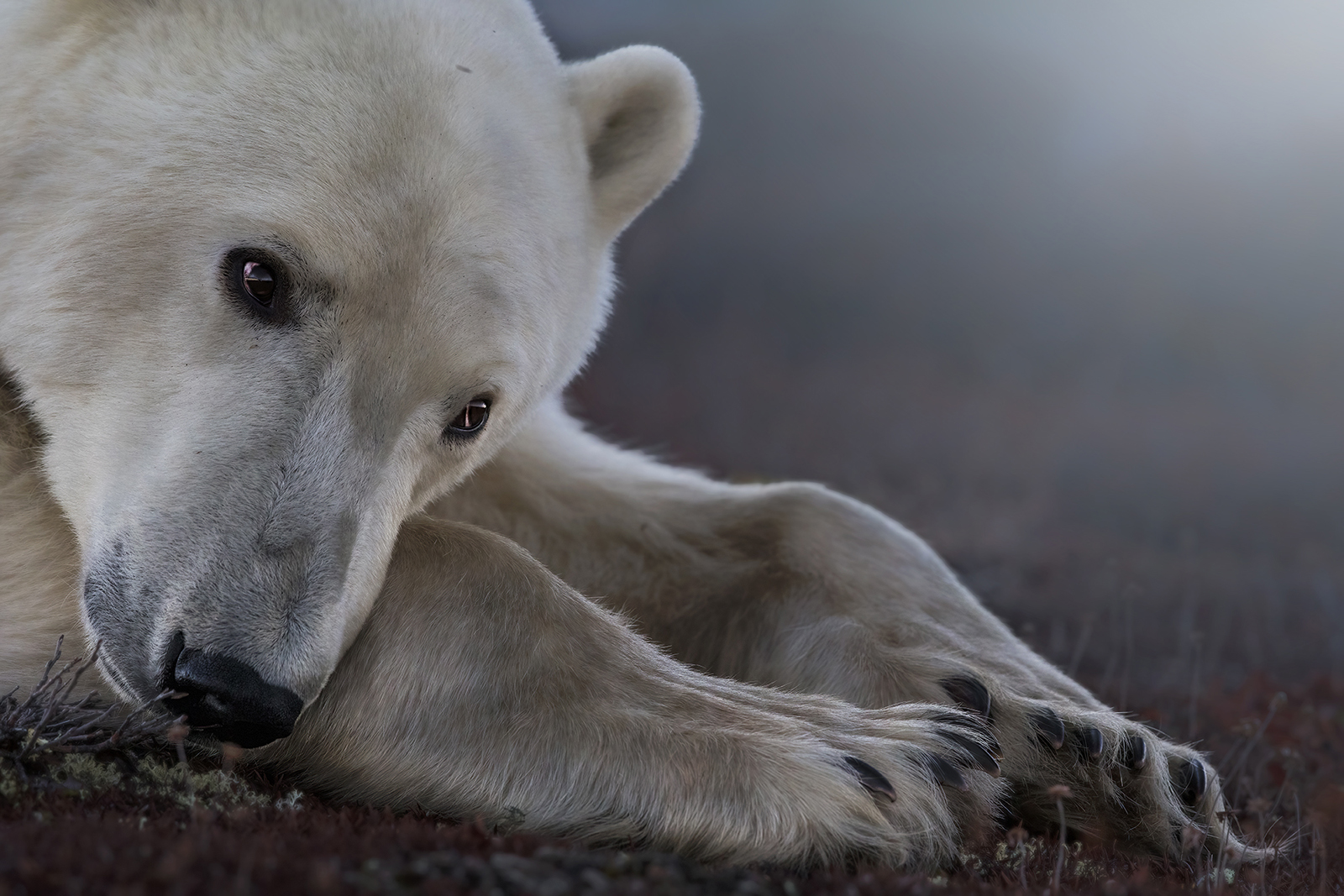 A male fox carries a mouthful of prey back to its kits in Toronto’s Tommy Thompson Park. The kits’ mother was killed by a coyote, leaving this father to feed the family. 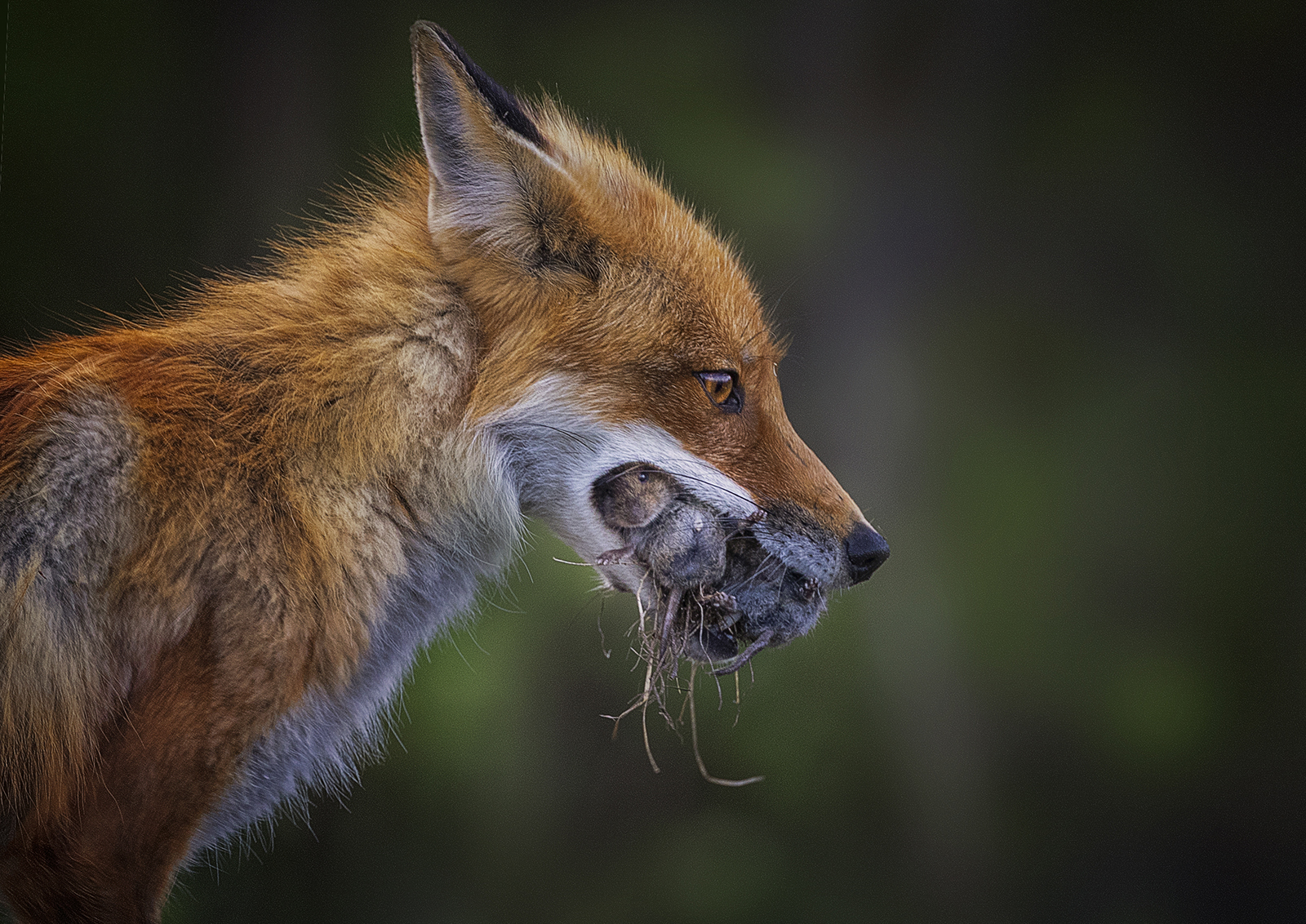 A raccoon uses a culvert under Highway 407 in Mississauga, Ont. to safely cross from one green space to another. 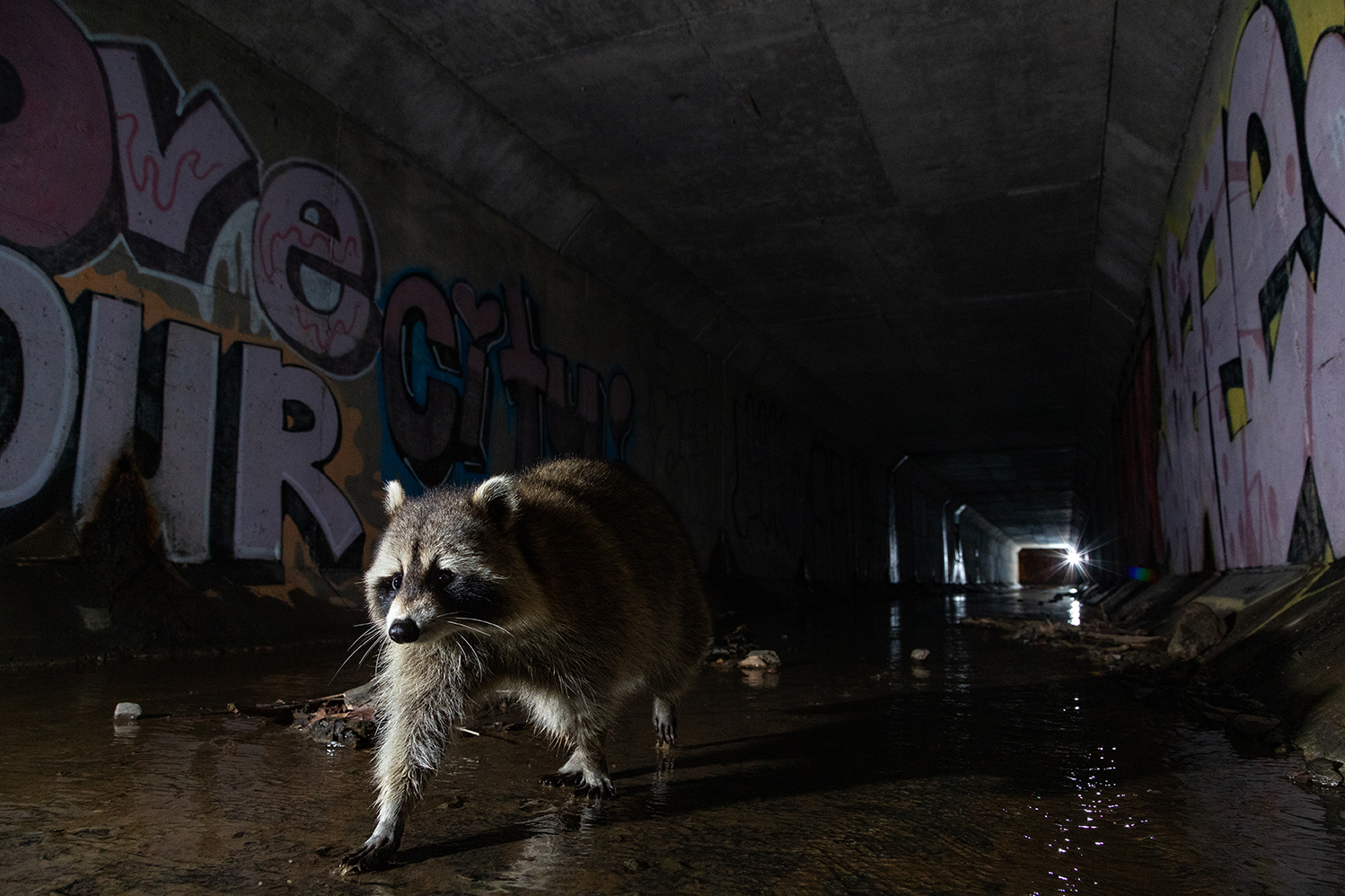 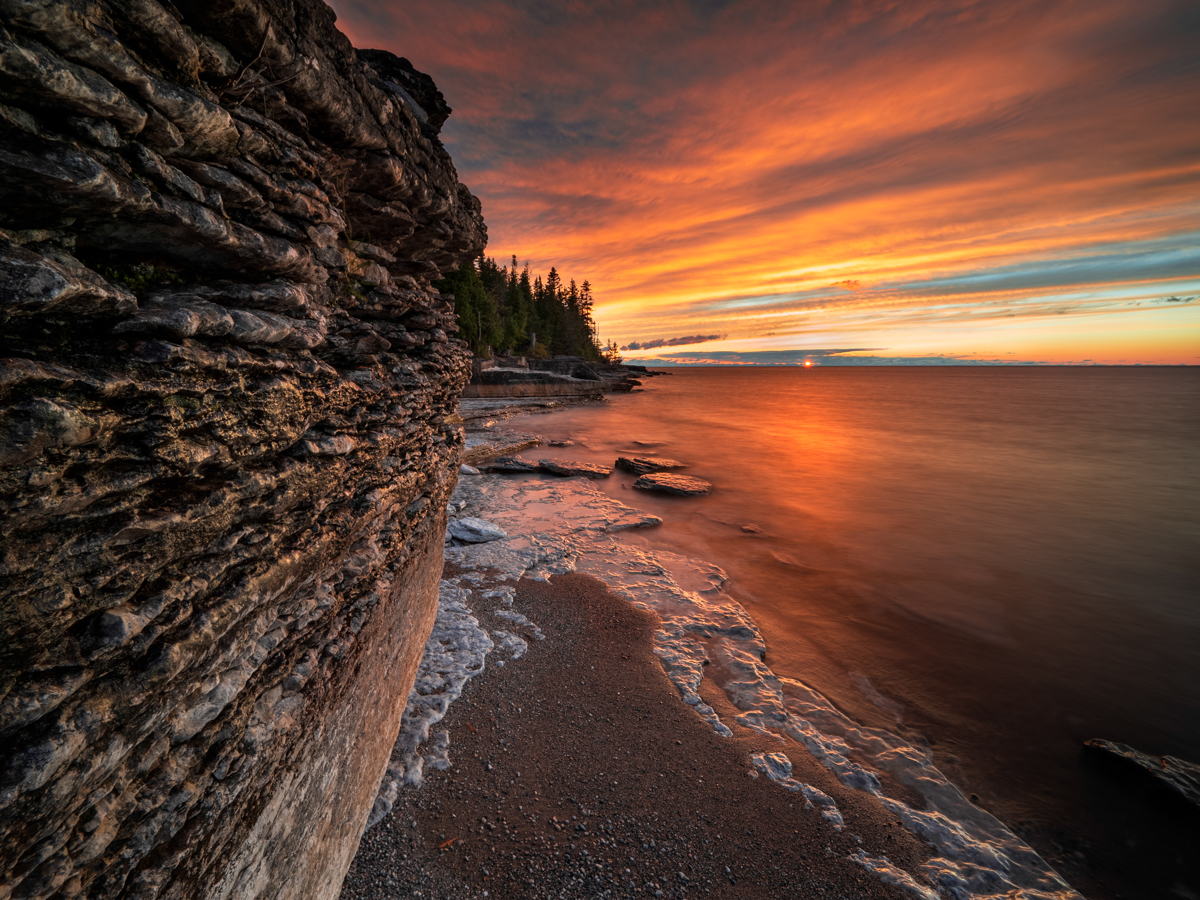 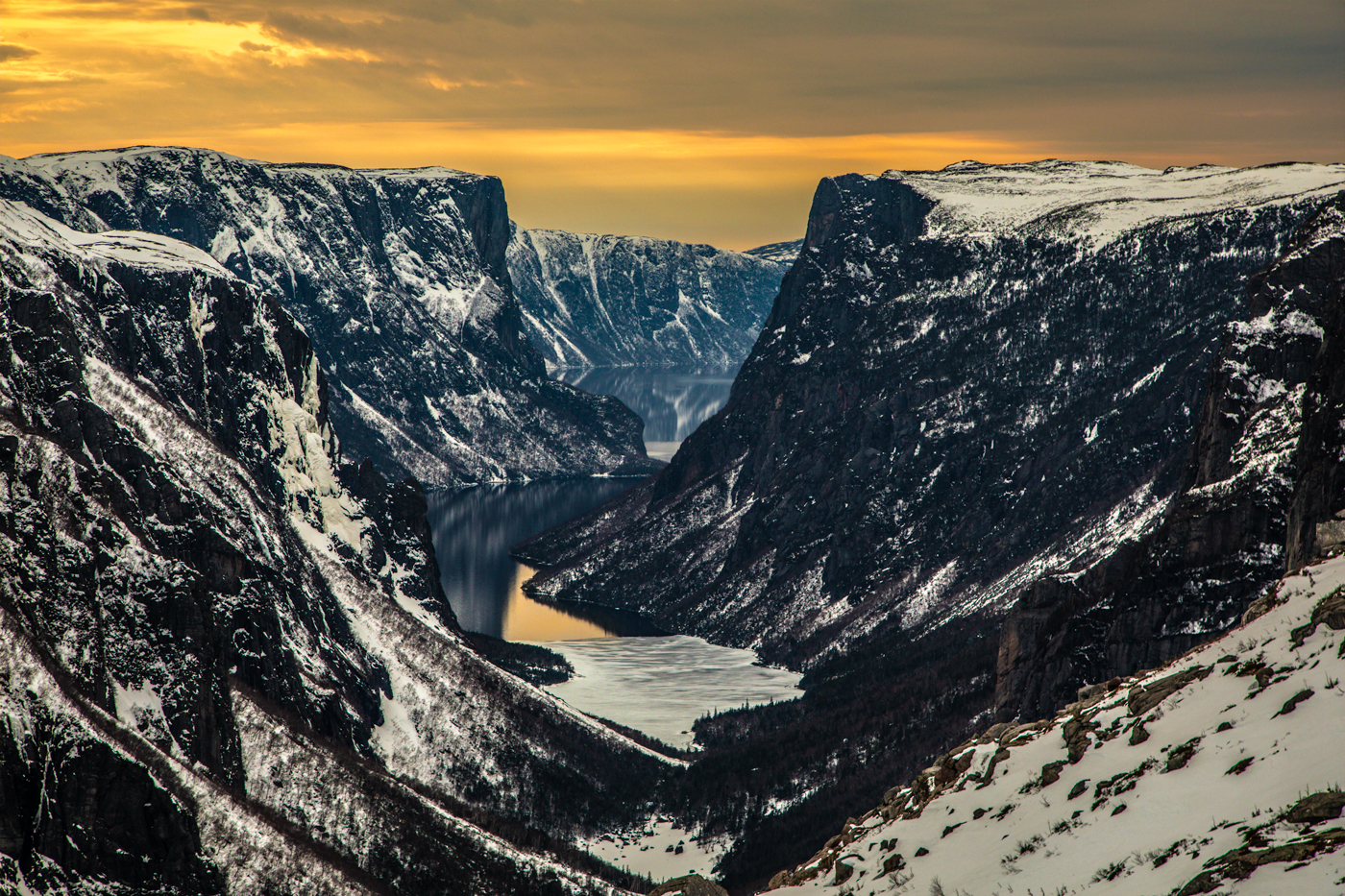 The sun-kissed peaks of the Three Sisters are perfectly reflected in the Bow River on a peaceful morning in Canmore, Alta. 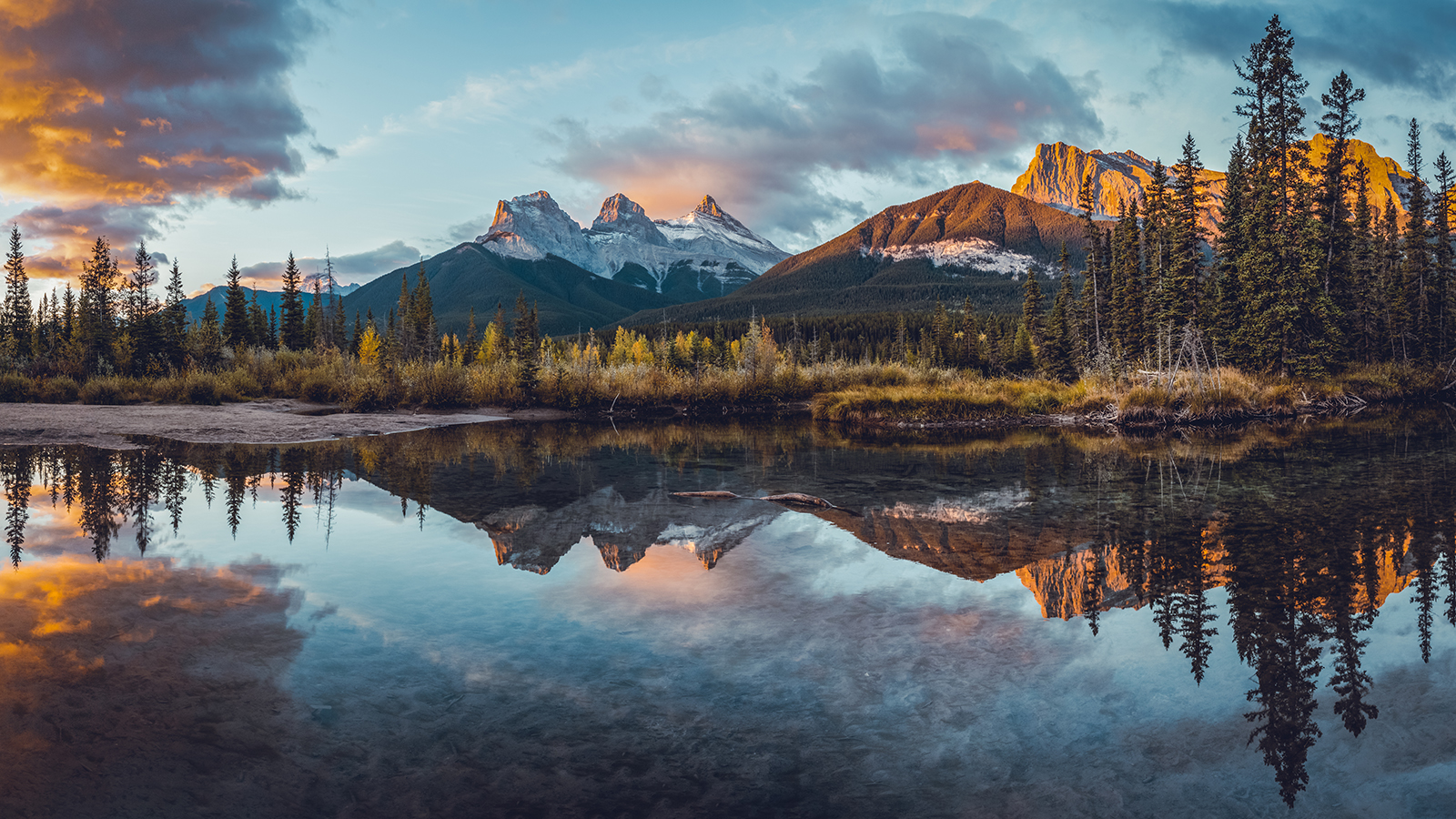 The photographer’s girlfriend pauses outside a shop to enjoy a hot chocolate while walking her dog on a snowy day in Montreal’s Mile End neighbourhood. 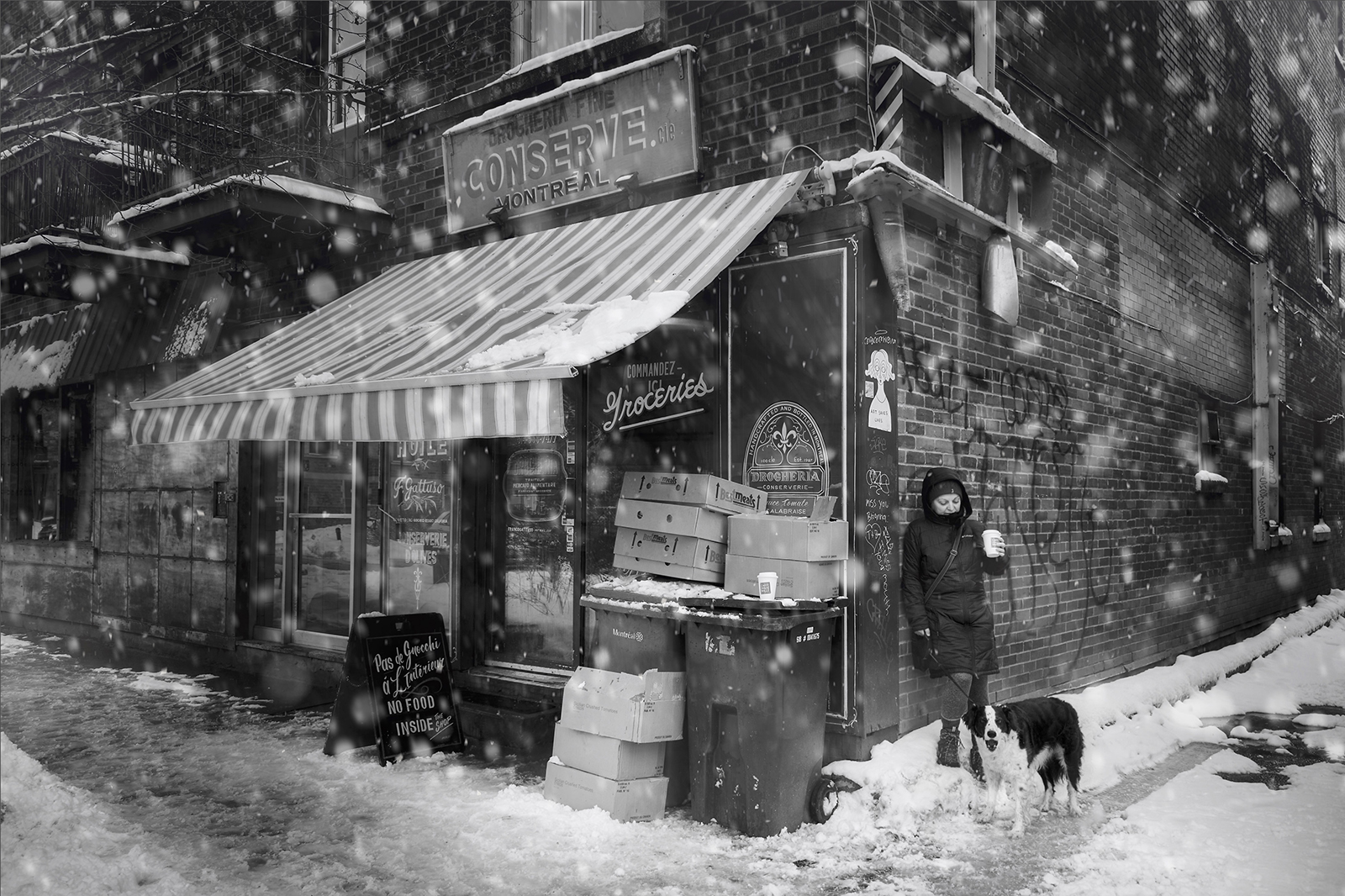 The 505 streetcar makes an early morning run around Toronto’s Yonge-Dundas Square during the city’s first snowfall of the 2021-22 winter season. 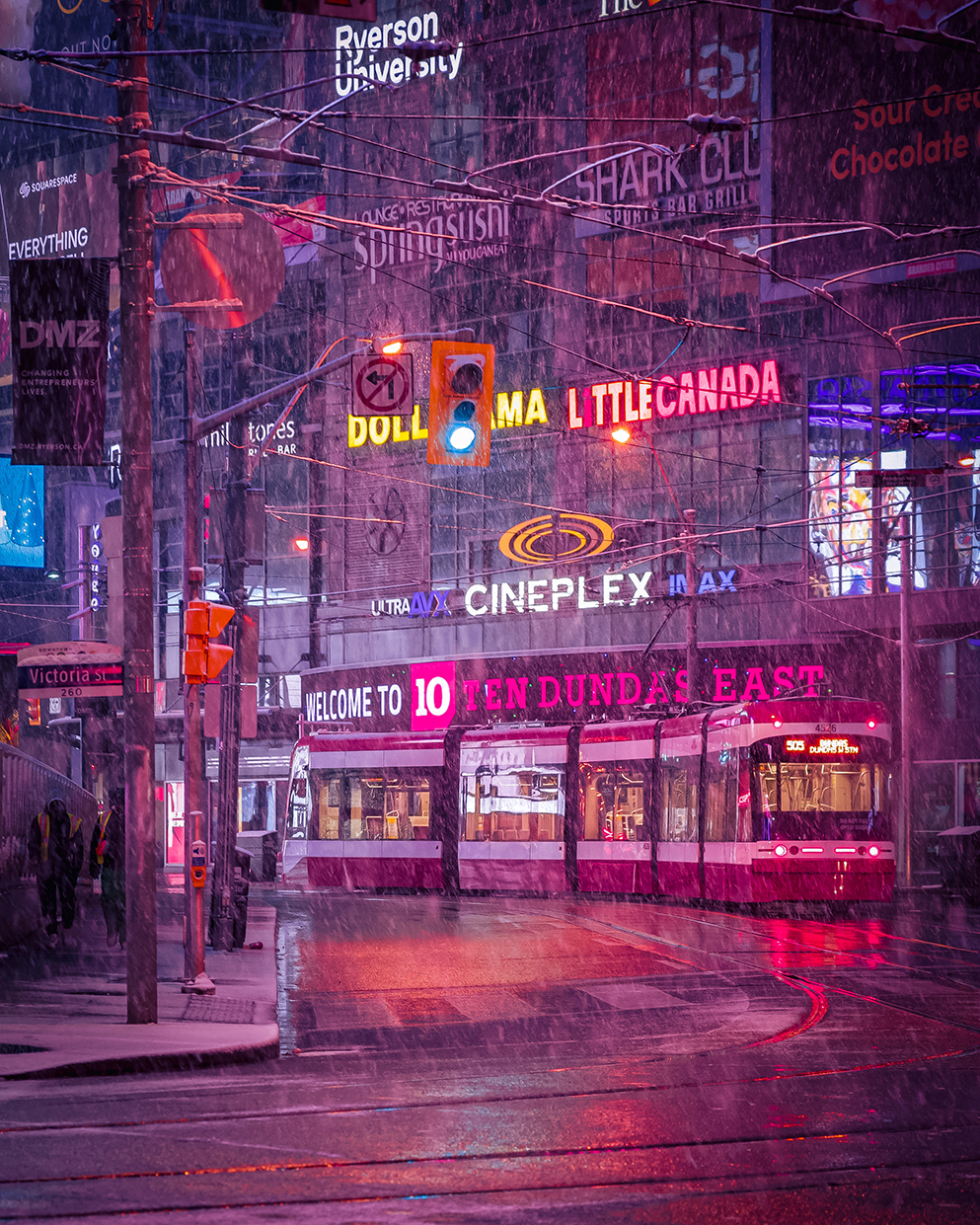 A traveller walks with their bags into Toronto’s Union Station. 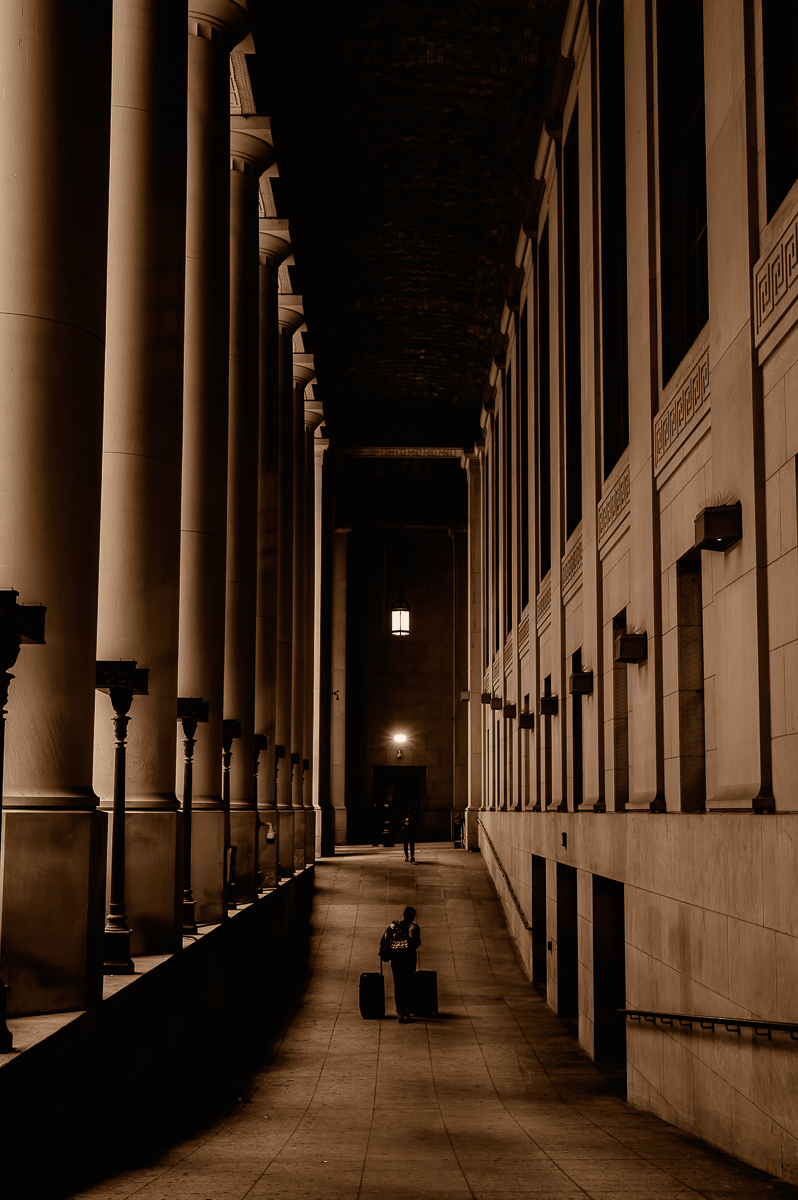 Lightning bolts strike above and around the city of Edmonton during a spring thunderstorm. The photographer stitched several images into a composite to show the intense electrical activity associated with the storm. 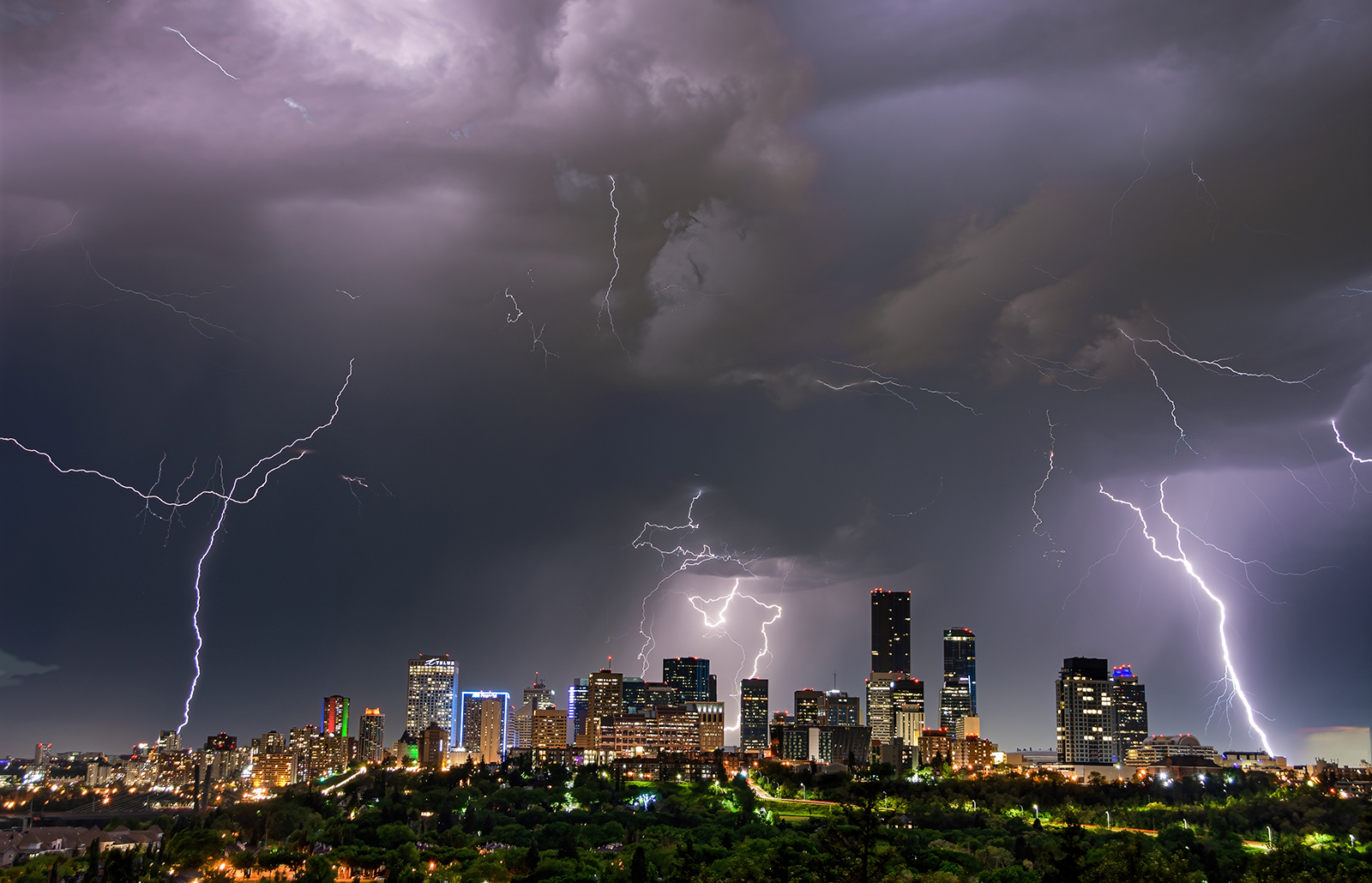 A cloud inversion envelopes the iconic peak of B.C.’s Mount Assiniboine at sunset. 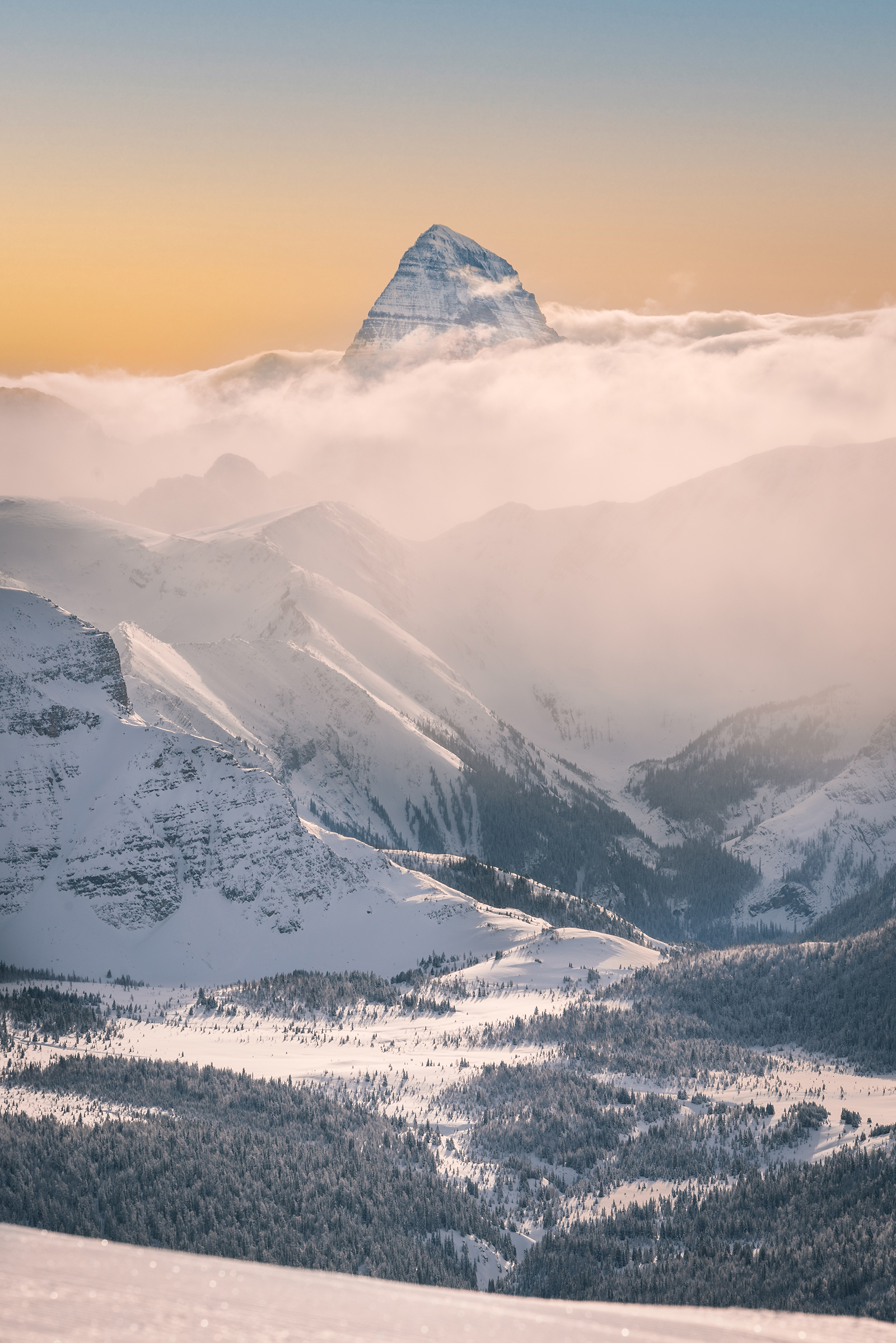 Lightning lances out of a supercell thunderstorm near Belle Plaine, Sask. 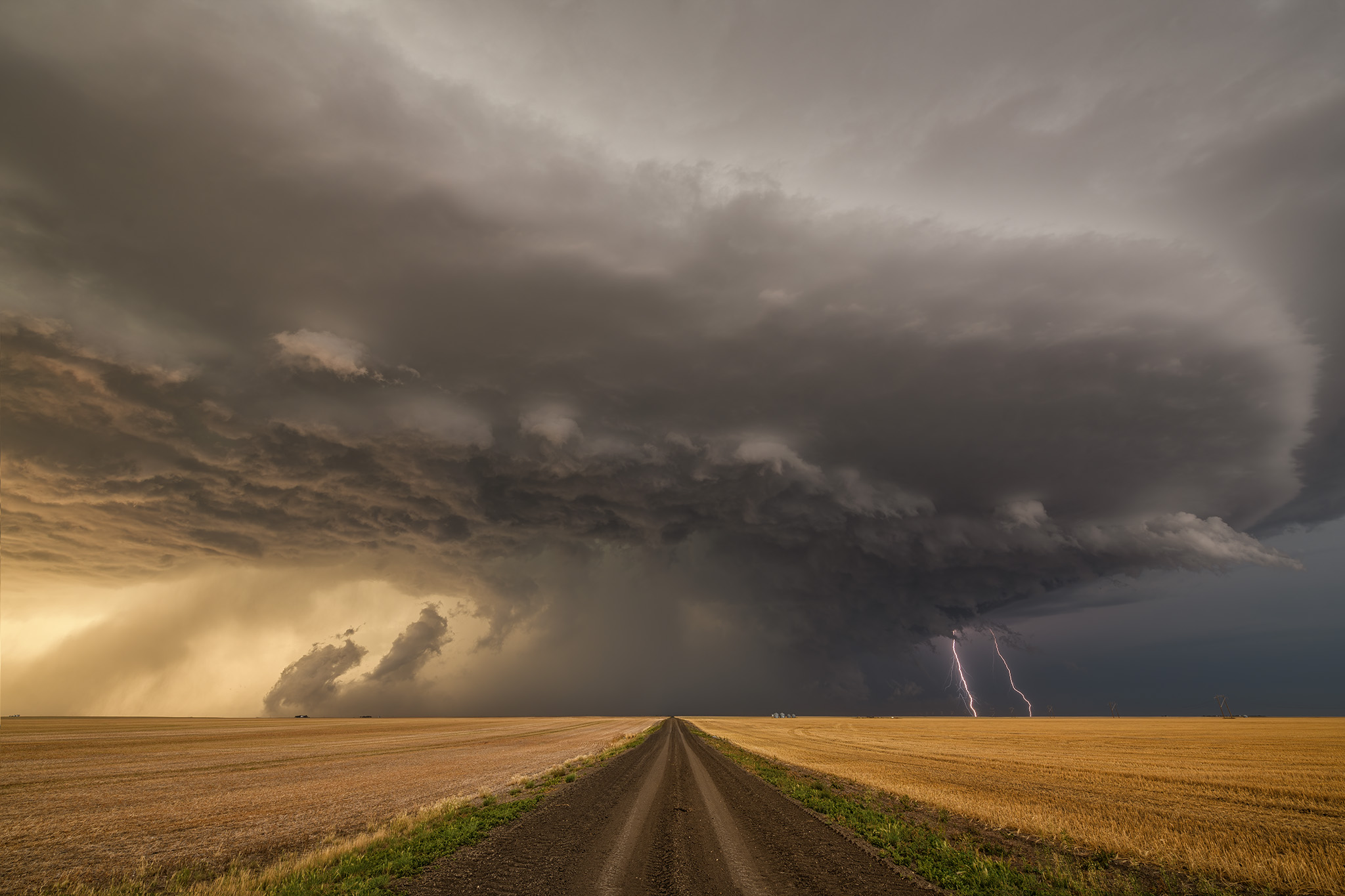