All-Canadian team completes successful expedition to the top of Canada

After being postponed a year due to COVID-19, the Mount Logan Ice Expedition made a successful summit of Canada’s highest peak.
By Austin Westphal
May 28, 2021

Mission accomplished! The Mount Logan Ice Expedition team has successfully completed their first of two ascents to the summit of Yukon’s Mount Logan. The expedition is supported by the Royal Canadian Geographical Society.

The team made it to the summit on May 18, around 3 p.m. PDT, just two weeks after arriving at base camp on the Quintina Sella Glacier. 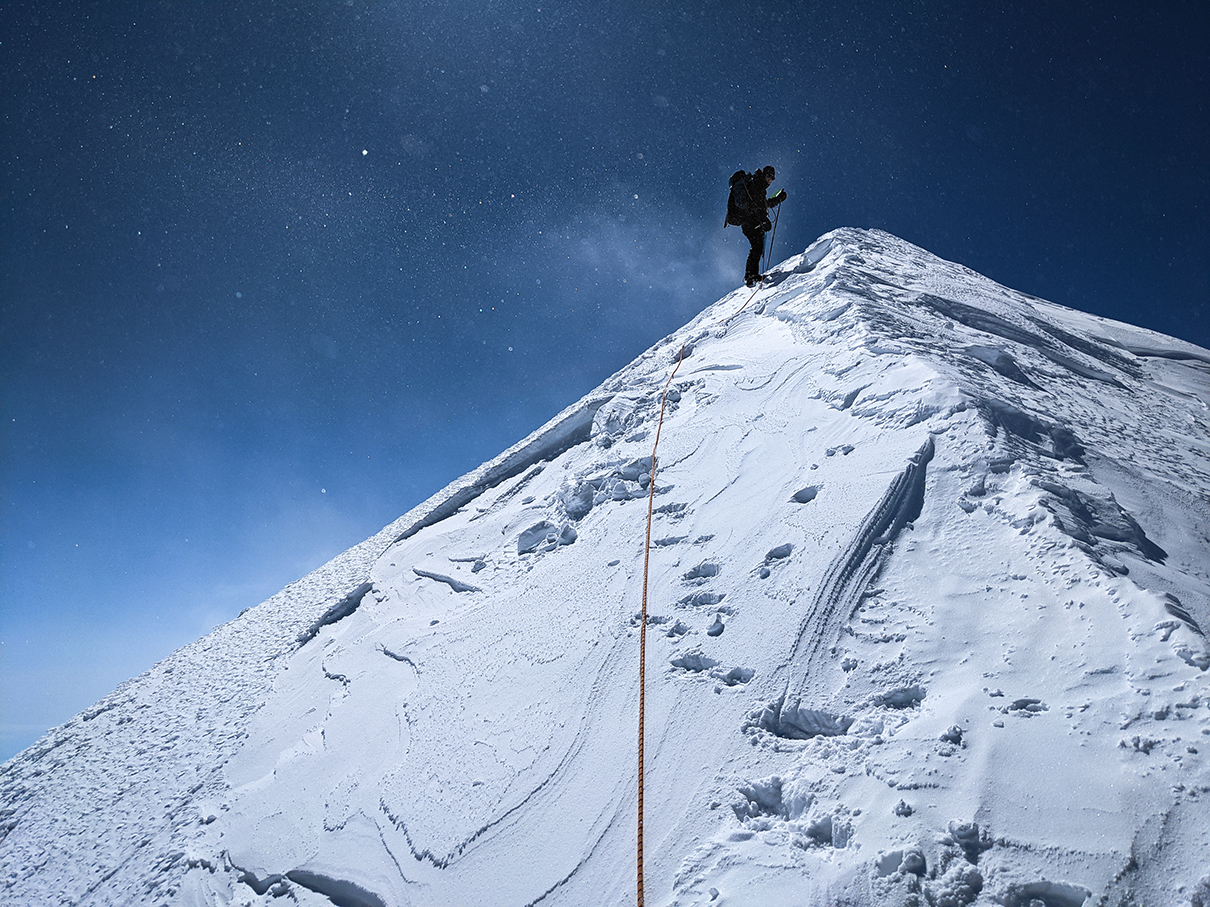 The last leg of the journey. (Photo: Zac Robinson)

But unlike most high altitude excursions, reaching the summit wasn’t the primary goal. This an interdisciplinary scientific expedition that, among a number of goals, seeks to explore climate change on Canada’s highest mountain. Repeat photography and an ice coring project drove the team’s efforts. They also re-measured the main summit’s elevation. The team’s tasks are aimed at advancing scientists’ knowledge about climate change through looking back into the Earth’s climatological past.

Mount Logan is a place of extremes. Situated within Yukon’s Kluane National Park Reserve, its peak rises a staggering 5,959 metres above sea level (at last measure) — making it the tallest mountain in Canada and the second tallest in North America. Air temperatures on the summit plateau average a frigid -45 C in the winter and -27 C in the summer. It’s also believed to have the largest base circumference of any non-volcanic mountain on the planet. Few places rival its immense size and remoteness. Yet despite its extremes, Mount Logan has been an active site for scientific study since it was first climbed in 1925. 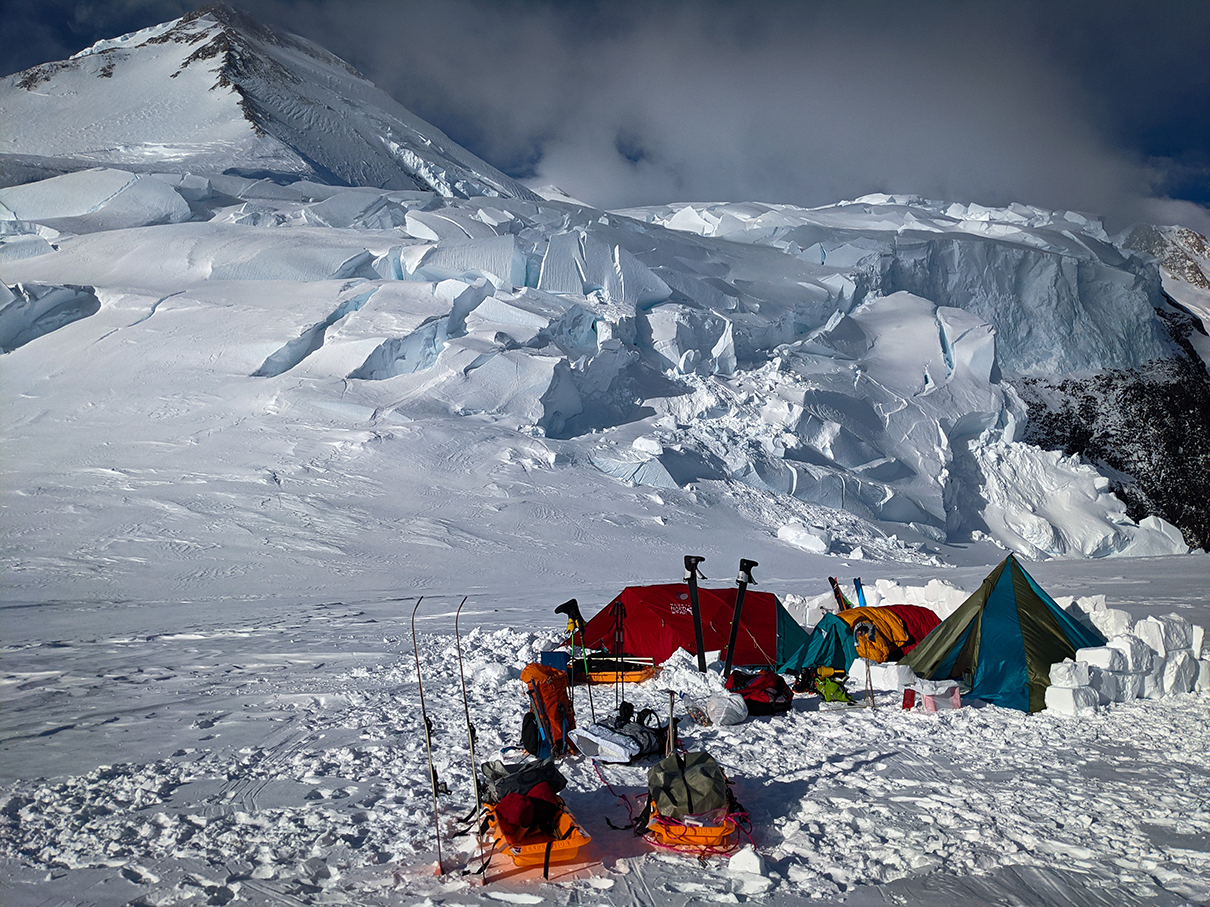 Camp Two on the saddle between Mount Logan and King Peak, with the route's notorious icefall and Queen Peak in the background. (Photo: Zac Robinson)

RCGS Fellow Zac Robinson led the repeat photography project on the expedition. Repeat photography involves positioning a camera and taking a photo from the identical  location as a historic one. It’s a simple yet powerful way to view the same place at different times.

Throughout the 14-day journey up King Trench, Robinson took photos from the same locations as those taken in the 1925 expedition. And when they arrived at the summit, he attempted to recreate the iconic panoramic view originally shot by Swiss mountaineer André Roch in 1950. As a historian, it was just as important to Robinson to capture the spirit of the mountain’s early explorers as it was to document a century’s worth of ecological change.

“It was like climbing with ghosts. Surrounding us on the landscape were layers of not just rock and ice, but of past stories and images,” he says. “Mount Logan is an iconic Canadian peak. And because we had access to many of these past texts and images, the place was ripe for a repeat photography project.”

The repeat photos don’t just tell the incredible stories of 100 years of exploration, they tell the story of Mount Logan’s environment and climate — one that’s about change, according to Robinson.

“Mountains are sentinels for change, signposts for what’s now occurring on our warming earth. And if you can show people that change in places that are meaningful to them, it can be a very motivating revelation.”

While photos vividly illustrate a century of change, uncovering the secrets of the North Pacific’s climate long ago requires something much more difficult to obtain: ice cores.

Ice cores contain heaps of information. From temperature to atmospheric chemistry, and volcanic eruptions to forest fire frequency, they can tell scientists a lot about what the planet looked like thousands of years ago.

For RCGS Fellow and glaciologist Alison Criscitiello, there’s no better place to drill an ice core than Mount Logan. That’s because she says it likely contains the oldest non-polar Arctic glacier ice in the world.

“It’s very likely that the longest North Pacific paleoclimate record — the longest record that we have of the region’s environmental history outside of the polar regions — is sitting up on Logan’s summit plateau,” she says.

“The ice core from Logan will contain records of past North Pacific climate variability extending beyond the Holocene — that’s something that can’t necessarily be captured by a Canadian high Arctic core that’s farther north, or an Antarctic core.”

The team spent three days conducting a ground-penetrating radar survey of the summit plateau with equipment flown in by helicopter. The radar data they collected will be used to determine an ideal drilling spot. Criscitiello estimates that the ice core to be obtained will be at least 200 metres in length and contain a climate record going back roughly 30,000 years, before the Holocene. 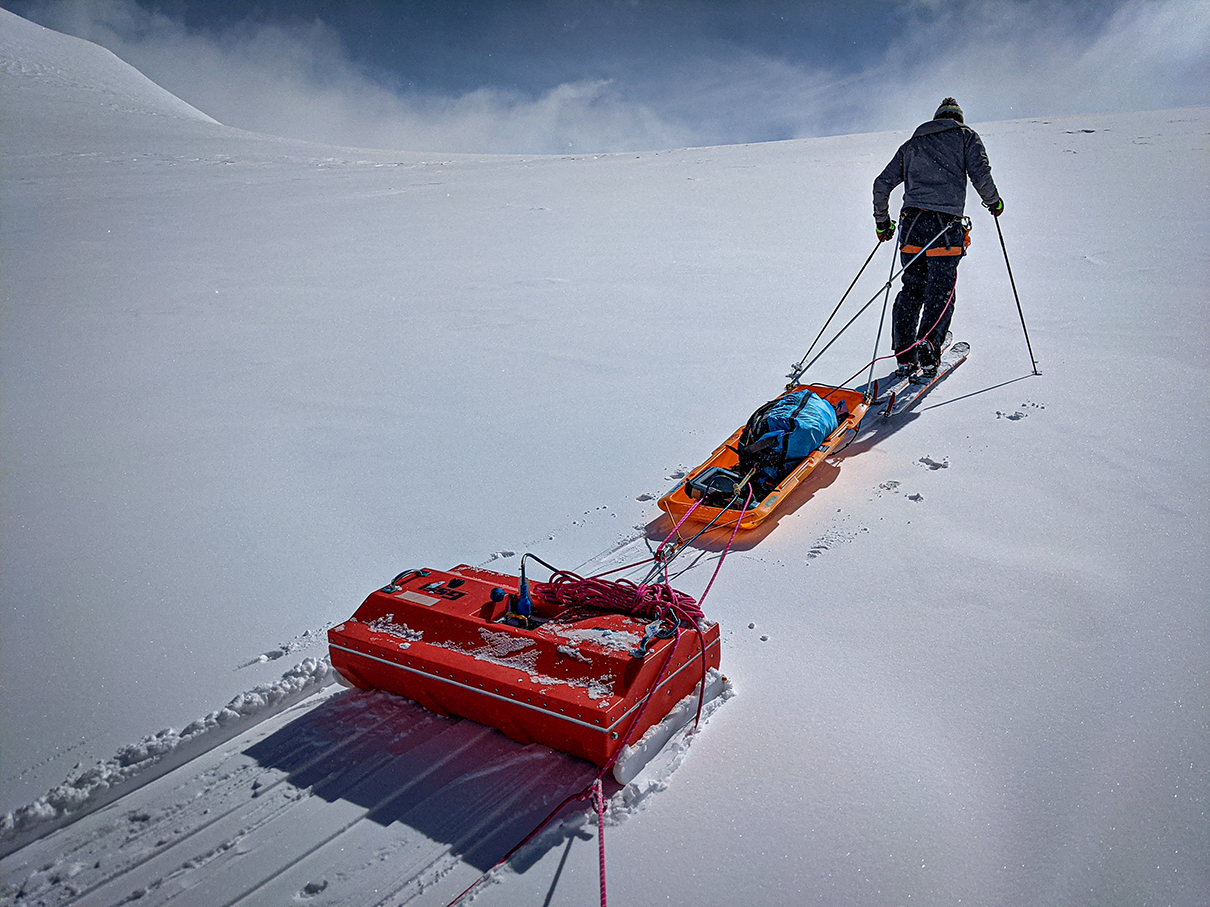 Although this year’s expedition proved to be a success, much of the difficult work still lies ahead. If all goes according to plan, the team will return to Mount Logan’s summit plateau in May 2022 to extract the ice core.

Drilling the ice core, however, will be a monumental task. It’s going to require some serious equipment airlifted by helicopter. And while Robinson and Criscitiello were able to employ the help of long-time friends and mountaineers Toby Harper-Merrett and Rebecca Haspel this year, next year they will have to call on their American colleagues at the University of Maine — who weren’t able to make the expedition this year because of complications caused by the pandemic. Once the ice core is extracted, it’ll make its way to the University of Alberta’s Canadian Ice Core Lab to be analyzed.

But for now, the team will take some well-deserved time to rest and reflect before getting down to work in the labs and planning their return to the top of Canada. 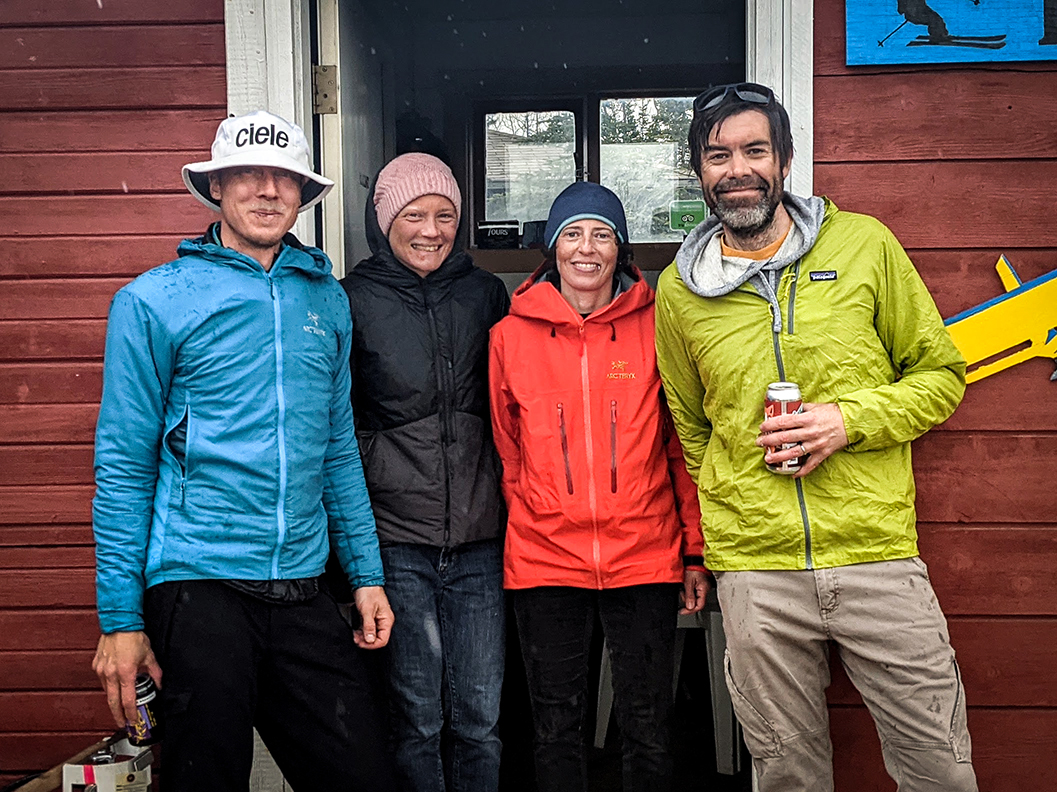 The group safely returns to Silver City on the south side of Kluane Lake after 19 days on the mountain. Left-to-right: Toby Harper-Merrett, Rebecca Haspel, Alison Criscitiello and Zac Robinson. (Photo: Felicity Hik.)