The pandemic has already had a dramatic impact on the economy and environment, and may even offer clues as to how to more effectively address climate change
By Angelica Haggert
April 10, 2020

A reduction in air pollution and an increased wildlife presence are just a few results of drastic distancing measures put into place since the beginning of the COVID-19 pandemic. Intended to slow the spread of the virus, these measures have ongoing effects which are not yet fully understood.

By January 23, 2020 Chinese authorities had put the city of Wuhan — the centre of the epidemic — on lockdown. Nitrogen dioxide (NO2) values measured above Hubei province plummeted soon after the quarantine began.

That reduction in pollution has now spread across the country, according to Fei Liu, an air quality researcher at NASA.

“This is the first time I have seen such a dramatic drop off over such a wide area for a specific event,” Liu noted in a NASA release.

Other events, such as annual Lunar New Year celebrations and the 2008 economic recession, have caused temporary pollution drop offs in China, but they were more gradual and rebounded quickly. The NO2 values did not seem to be rebounding in this instance, though this may change as Wuhan, China comes out of lockdown.

In Italy, another country that went on extreme lockdown due to COVID-19, views from space show a reduction in pollution. The European Space Agency, using data from the Copernicus Sentinel satellite, has shown a reduction in nitrogen dioxide emissions, particularly in northern Italy.

“Although there could be slight variations in the data due to cloud cover and changing weather, we are very confident that the reduction in emissions that we can see, coincides with the lockdown in Italy causing less traffic and industrial activities,” mission manager Claus Zehner noted in an ESA press release.

As reported by Reuters, air pollution levels in some parts of India have also dramatically lifted, as 75 districts go into lockdown. In New Delhi, the world’s most polluted capital city, the air quality index registered at 93 after lockdown. Typical March values are above 150.

The U.S. is estimated to lose $10.3 billion in tourism dollars from Chinese tourists as travel between the countries ceases to slow the spread of COVID-19. However, this may have positive benefits, like a reduction in global emissions from air travel.

Data has shown that a one-way flight from North America to China emits 1.7 tons of carbon dioxide per passenger, and China’s air traffic accounts for 15 per cent of global air emissions. Flight data organization Flightradar24 shows there are 13,000 fewer flights taking off or landing in China each day since late January.

With COVID-19, fewer people are travelling — some reports say the demand for flights between the U.S. and China is down almost 50 per cent.

While there are benefits to reducing global emissions, reducing them this drastically is an unsustainable way to do so. The sudden dip in emissions is believed to be short-lived and likely to rebound as the economy recovers, say energy organizations such as GlobalData Energy.

The response from the animal kingdom during this pandemic has been astonishing — and not always in a good way.

Animals like deer and elk will often change their behaviours when they’ve become accustomed to being around people. During hunting season, for example, deer tend to move less often and stay in a smaller zone. Right now, those zones are becoming larger and larger without the threat of human interaction, which may increase hunter opportunities when the population comes out of isolation. 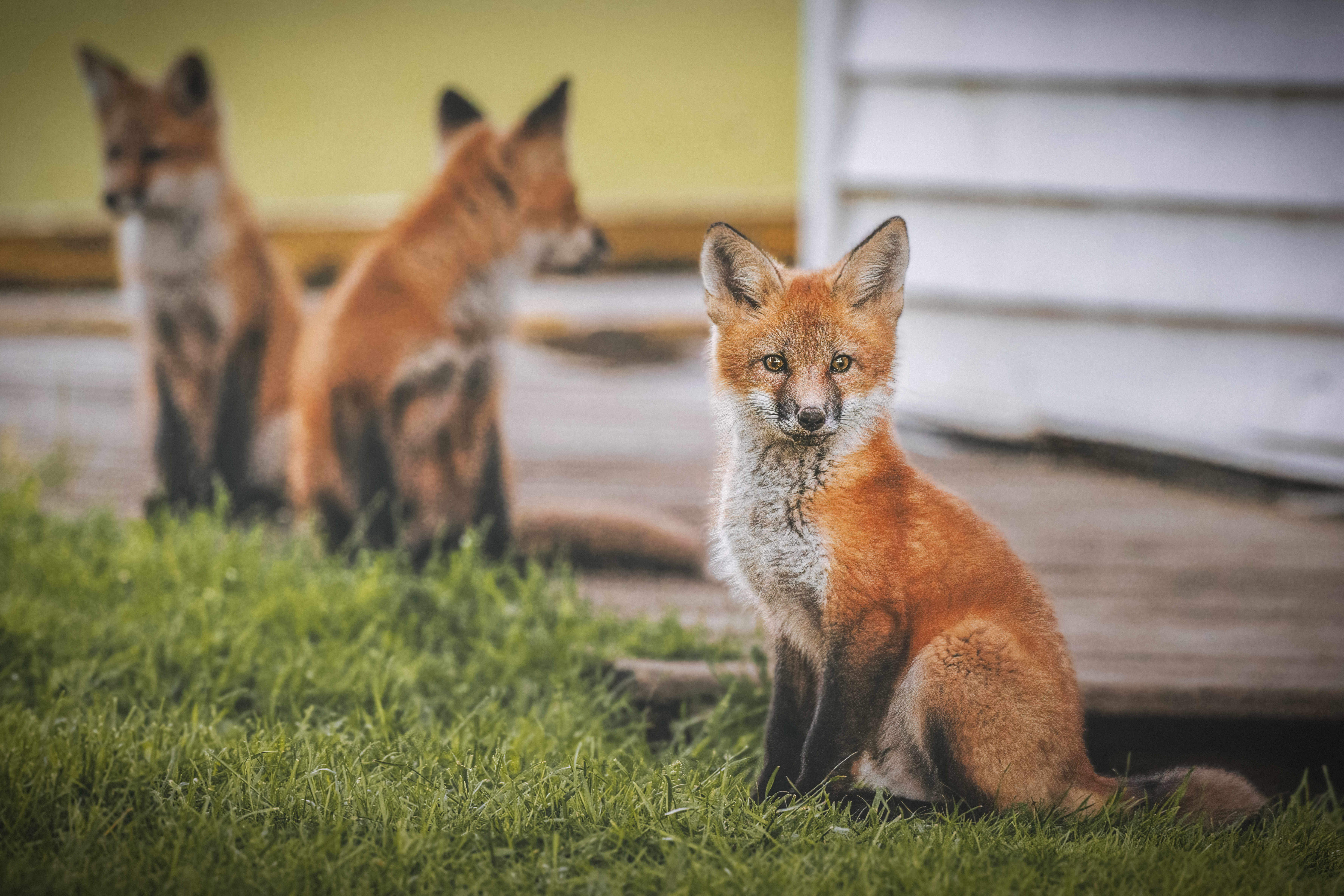 Wildlife, including foxes, coyotes and deer, may be more likely to invade human spaces as people stay inside for self-isolation. (Photo: Rene Fisher/Can Geo Photo Club)

As reported by The New York Times, animals in tourist areas are going hungry, having lost a significant source of food: humans. Animals who have become dependent on humans for food can become hyper-aggressive when that food source dries up.

However there might be a benefit for wildlife as a result of the pandemic.

“It’s a bit of an opportunity,” says James Page, biodiversity and species at risk expert with the Canadian Wildlife Federation.

People isolating at home and limiting their travels to their own neighbourhoods have an opportunity to slow down, observe and appreciate what’s around them.

“People are observing what’s around their homes, appreciating nature, taking time to think about our impact and our relationship with nature,” says Page. “Maybe that will ultimately lead to rethinking how we go about our daily activities as things at some point get back to some sense of normalcy.”

Page says even more beneficial is the timing of the COVID-19 pandemic: spring is when many species come out of hibernation or begin migrating or breeding and are therefore more vulnerable to disturbance from human activity.

“Cars, trains, ships — inevitably all three of those have an impact on wildlife through direct collision, sound or disturbance,” notes Page. Fewer vehicles on the road during the pandemic could mean less wildlife mortality.

Lasting impact on the global economy

Pollution and wildlife reactions aren’t the only second-order impacts COVID-19 is likely to have on the globe. Economists are using the 2003 SARS epidemic to try to contextualize the lasting economic impact of the pandemic, but there are a few key differences, including how much the global economy now relies on China.

In 2020, China’s economy accounts for 16.3 per cent of the world’s GDP, compared with just four per cent in 2003. Other factors, like the near-complete shutdown of global tourism, will also play a huge role in the likely upcoming recession.

According to United Overseas Bank, a global economics research group, the real concern for second-order impacts will come if the outbreak lasts longer than six months. To mitigate some of these impacts, government authorities can make adjustments to fiscal budgets and policies.

While COVID-19 has shaken the world, some experts are offering a stark reminder that the pandemic is critically connected to another emergency — climate change.

“The two emergencies are in fact quite similar. Both have their roots in the world's current economic model — that of the pursuit of infinite growth at the expense of the environment on which our survival depends — and both are deadly and disruptive,” wrote Vijay Kolinjivadi, an ecological researcher from McGill University, in an op-ed. 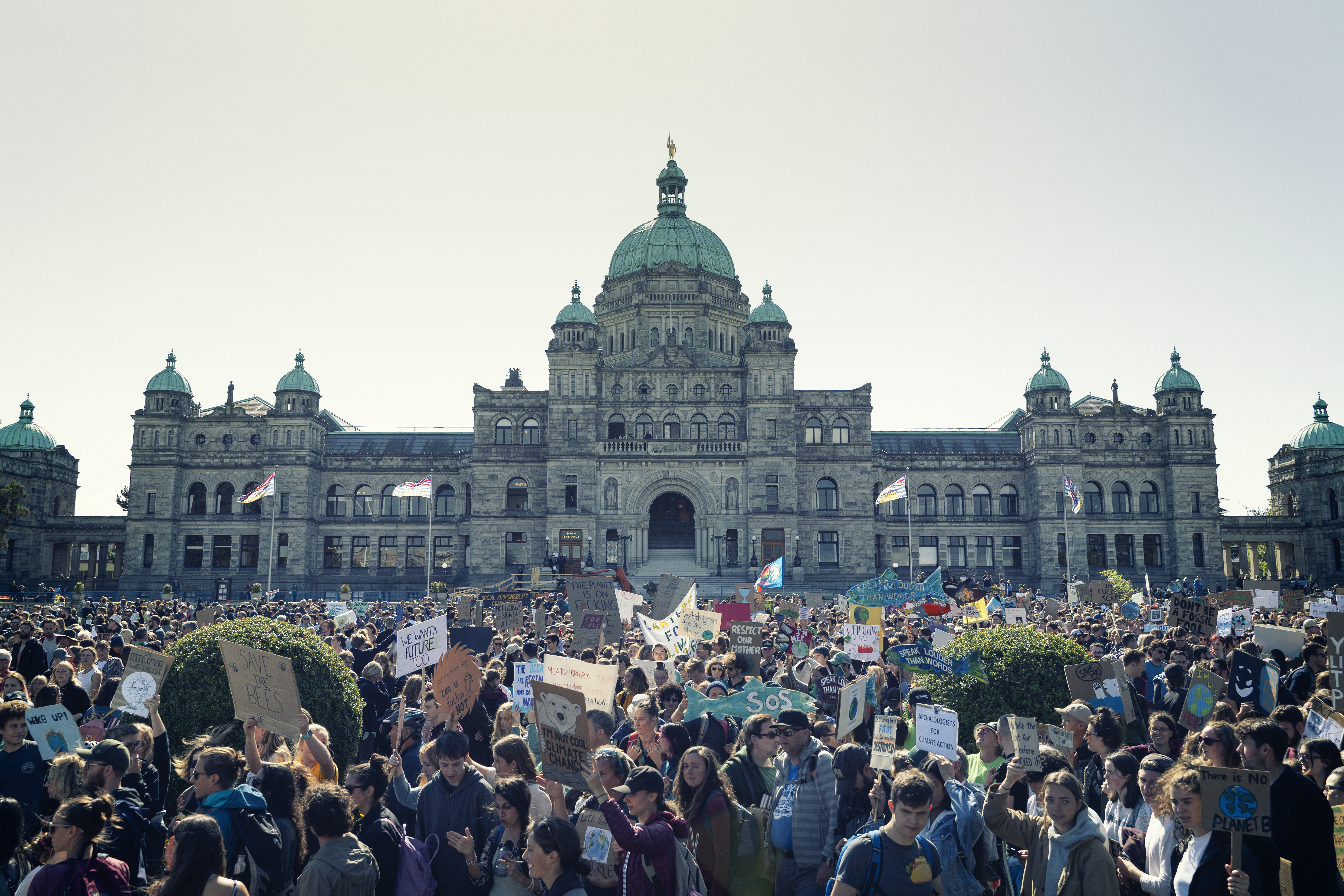 “In fact, one may argue that the pandemic is part of climate change and therefore, our response to it should not be limited to containing the spread of the virus. What we thought was ‘normal’ before the pandemic was already a crisis and so returning to it cannot be an option.”

According to Kolinjivadi, both COVID-19 and climate change are rooted in the same economic behaviour, but governments across the globe see them as separate concepts. While strict measures have been taken to slow the spread of the coronavirus, the same hasn’t happened with climate change.

“While we do not get daily updates on the death toll caused by climate change, as we do with COVID-19, it is much deadlier than the virus,” says Kolinjivadi.

For some ecologists, including Kolinjivadi and those at the Canadian Society for Ecological Economics, the response to COVID-19 shows what kind of response would be possible for climate change.