64% of global agricultural land at risk of pesticide pollution

Asia and Europe revealed as having regions at high-risk of pesticide pollution
By Can Geo Staff
April 5, 2021

The map also revealed Asia houses the largest land areas at high risk of pollution, with China, Japan, Malaysia, and the Philippines at highest risk. Some of these areas are considered "food bowl" nations, feeding a large portion of the world's population.

University of Sydney Research Associate and the study's lead author, Dr Fiona Tang, say the widespread use of pesticides in agriculture — while boosting productivity - could have potential implications for the environment, human and animal health.

"Our study has revealed 64 per cent of the world's arable land is at risk of pesticide pollution. This is important because the wider scientific literature has found that pesticide pollution can have adverse impacts on human health and the environment," says Tang. 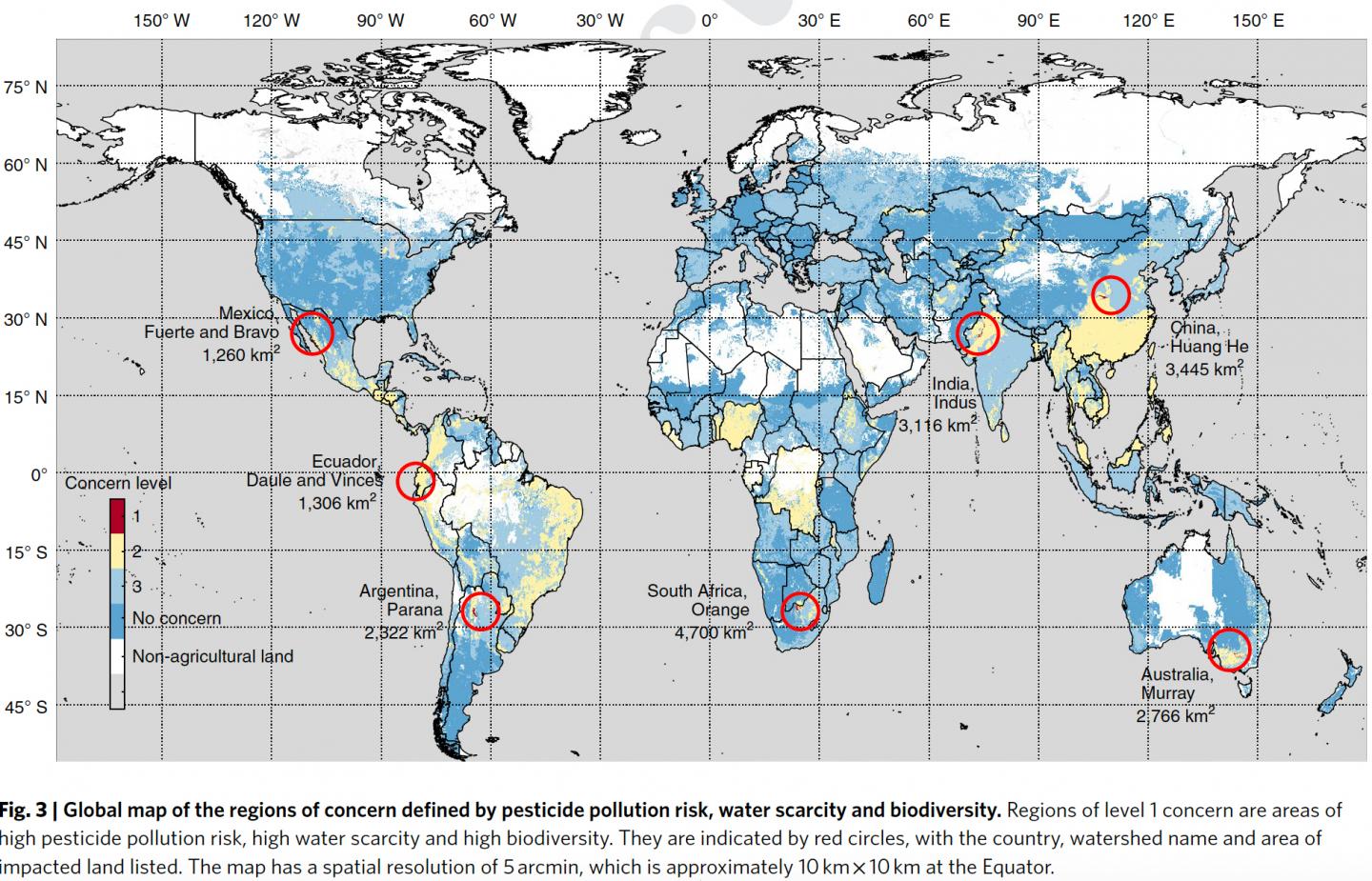