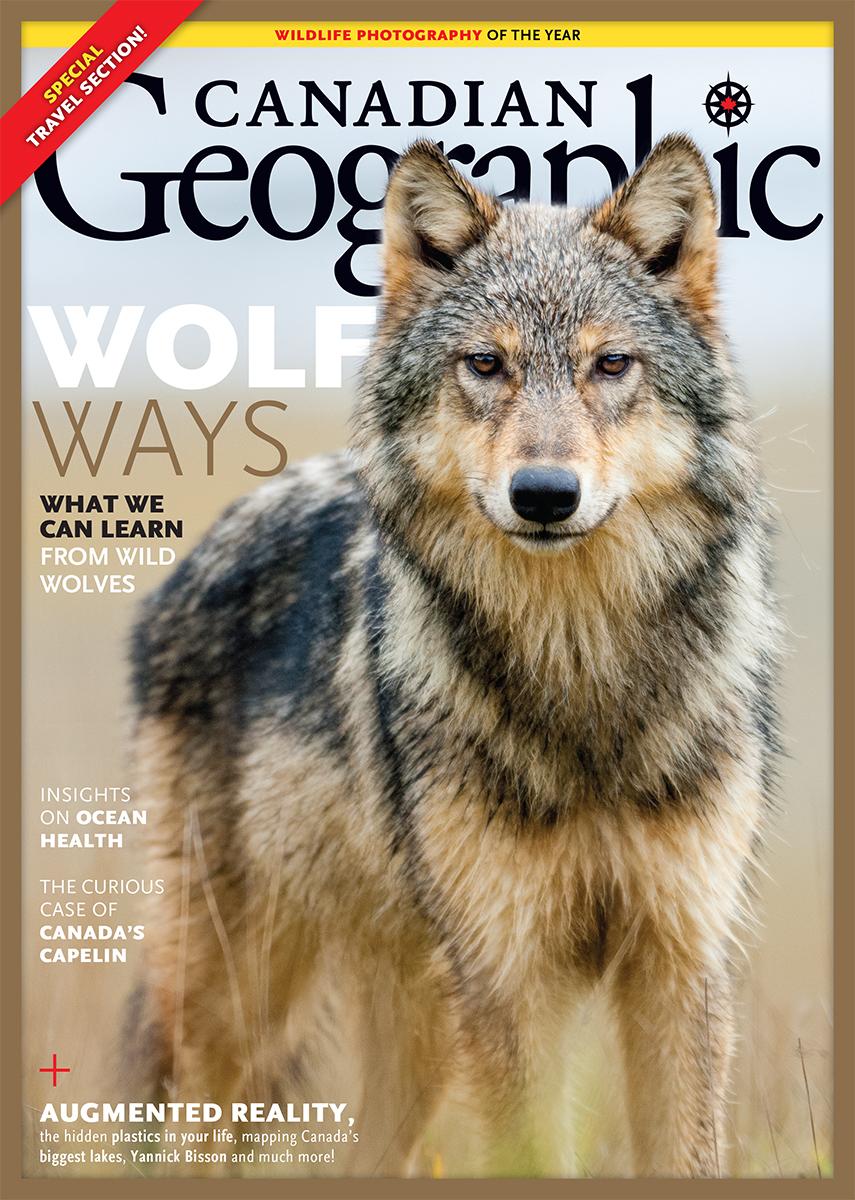 ‘THERE’S NO COMING BACK FROM THIS’
10 years after the release of her seminal book Sea Sick, Alanna Mitchell again plumbs the depths of the latest research on the health of the world’s oceans — and comes up gasping

ON THE ROCK, WAITING FOR THE ROLL
Writer Stephen Smith takes to Newfoundland’s shores in his quest to see the ‘capelin roll’ — the spawning spectacle of a tiny fish with a massive ecological, historical and cultural impact

WILDLIFE PHOTOGRAPHY OF THE YEAR
Canadian Geographic presents the winners of its most recent annual wildlife photography competition, and the results are inspiring
Online Exclusive: See all the winning images, including honourable mentions, from the Canadian Wildlife Photography of the Year Competition

Infographic
The plastics hidden in the products we use every day

Next Issue
In honour of our 90th anniversary, January/February 2020 pits Canada’s 90 top explorers, past and present, against each other. Who is the greatest of all?