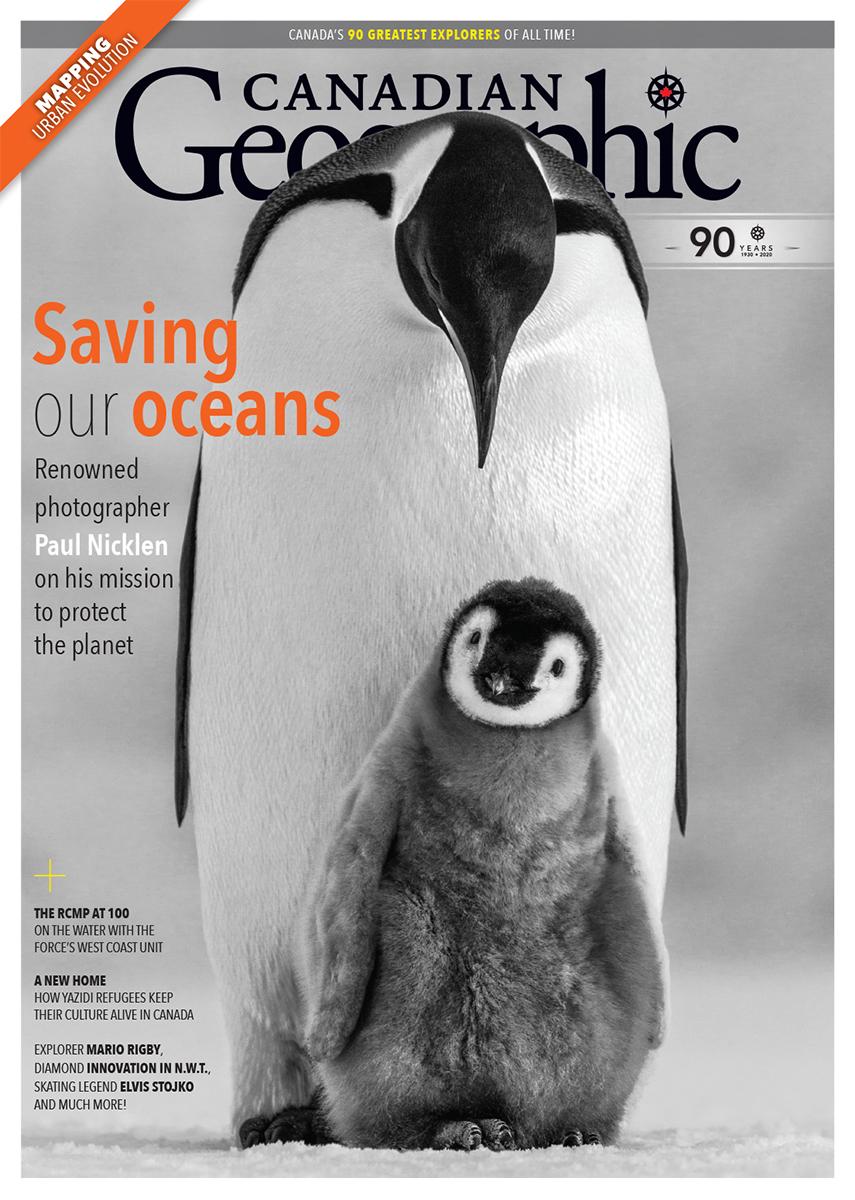 TURNING THE TIDE
Paul Nicklen, the renowned wildlife photographer and SeaLegacy co-founder, shares stunning images from the poles in a time of climate change

CANADA’S GREATEST EXPLORERS
On its 90th anniversary, Canadian Geographic presents the 90 most influential explorers in the nation’s recorded history

Interview
Explorer Mario Rigby shares insights from his cross-Africa trek and cross-Canada cycle, and on being accepted

Infographic
There’s plastic in your food. Here’s what you need to know to avoid it.

OUR COUNTRY
Figure-skating great Elvis Stojko revisits his happy childhood in the country near Newmarket, Ont.