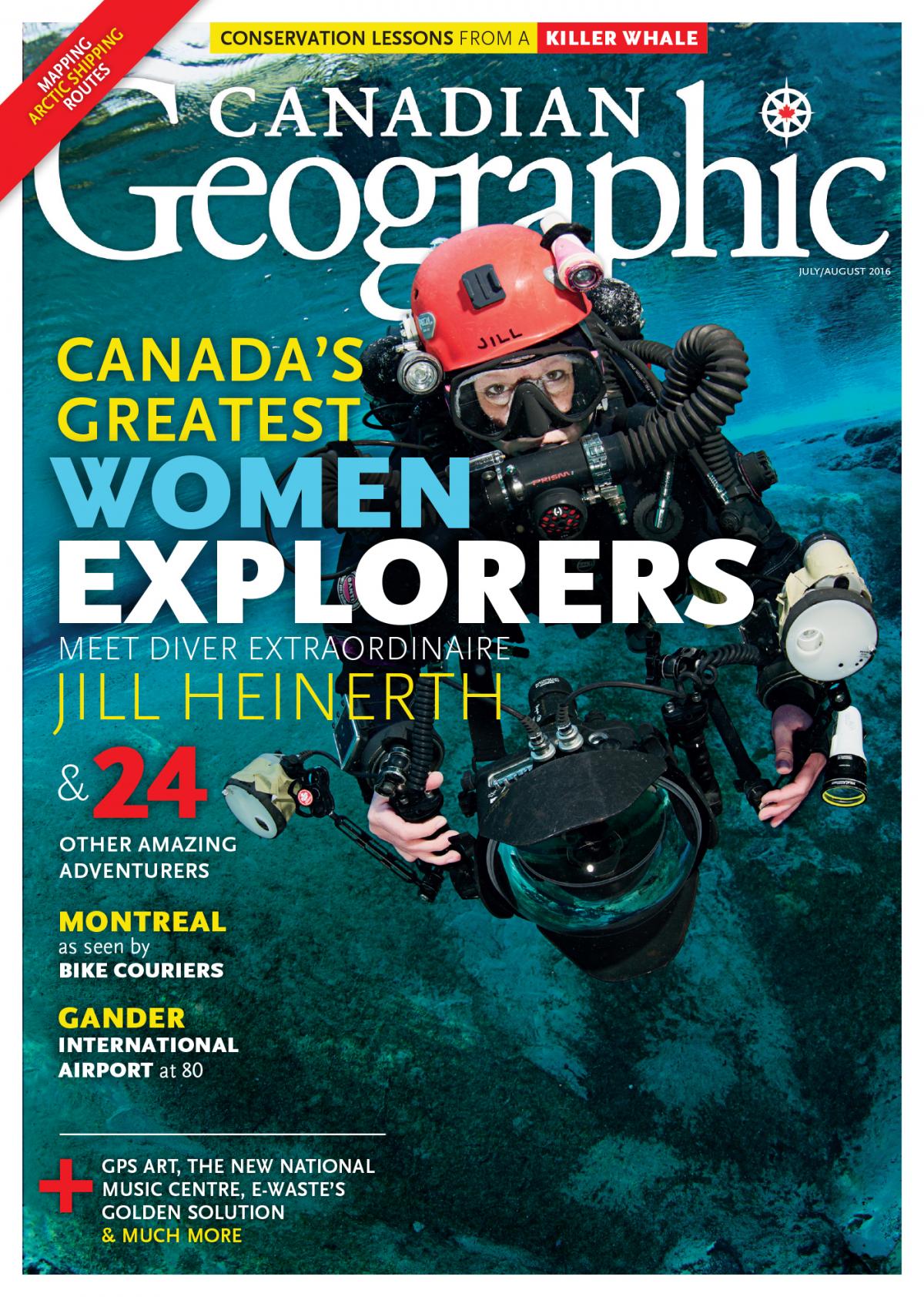 The messengers
Red brake lights blooming. Sunshine glinting off a car’s side mirror. The blur of elaborate wrought-iron handrails. Welcome to Montreal as it’s seen by bike couriers.
Online Exclusive: Eva Holland discusses how she trained for the bike messenger assignment

They almost called it airlandia
It’s a city that was built on aviation, but after 80 years, what does the future hold for Gander and its famed airport?
Online Exclusive: See more photos and video of Stratford's abandoned rail shops

What killed Rhapsody?
When one of the few remaining females of reproductive age in the southern resident population of North Pacific killer whales was found dead near Comox, B.C., in late 2014, an investigation was launched. Are there lessons to be learned to help her endangered family?
Online Exclusive: Meet the rest of J pod, including the oldest known living orca

History
A map of a transatlantic marvel and the centenary of Beaumont-Hamel
Online Exclusives:
A larger version of Robert Dudley's painting of the transatlantic cable landing

Infographic
Extracting gold from electronic waste
Online Exclusive: Learn more about e-waste and how gold is extracted from it