Glaciovolcanism, or sub-glacial volcanic activity, may sound like an obscure topic of research, but to University of British Columbia PhD candidate Alex Wilson, it’s a geological world of wonders that reveals clues about climatic conditions on Earth millions of years ago.

Wilson’s research focus is southwest British Columbia, a rugged region known as the Garibaldi Volcanic Belt that has been shaped over the past four million years by the advance and retreat of the Cordilleran Ice Sheet. At its maximum extent, this ice sheet covered a vast area of western North America, including all of British Columbia, parts of Alaska and the Yukon, northern Washington state and northwestern Montana.

The region has also been peppered with glaciovolcanism. There have been at least one hundred eruptions over the past two million years across the entire Garibaldi Volcanic Belt, many of which occurred beneath ice due to the intermittent coverage of continental ice sheets. This is where things get interesting for Wilson.

When a volcano erupts beneath ice, the lava cools rapidly, resulting in highly unique geologic features that are indicative of the presence of ice. Although most remnants of the Cordilleran Ice Sheet in B.C. have melted away, due to the unique nature of some of the volcanoes in the Garibaldi Belt, Wilson has been able to reconstruct the progress of the ancient ice sheets.

“So far, we’ve used volcanoes to reconstruct several important climatic transitions in the past. We’ve even provided evidence for at least three ancient glaciations that we had no idea about previously,” says Wilson, who plans to defend his doctoral thesis before the end of 2019.

Through a combination of radiometric dating and studying volcanic rocks, scientists like Wilson can determine with reasonable accuracy whether or not an eruption occurred beneath ice, and therefore the climate that existed at the time of the eruption. Wilson’s ultimate goal is to reconstruct the climate and environment of southwest B.C. over the last few million years.

“Most current paleo-climate methods, such as ice core samples, are only good back to roughly 400,000 years,” he says. “I am trying to develop the techniques and establish the ‘rules’ so that others can do this in other places around the globe, like the Andes, Iceland, and Antarctica.” 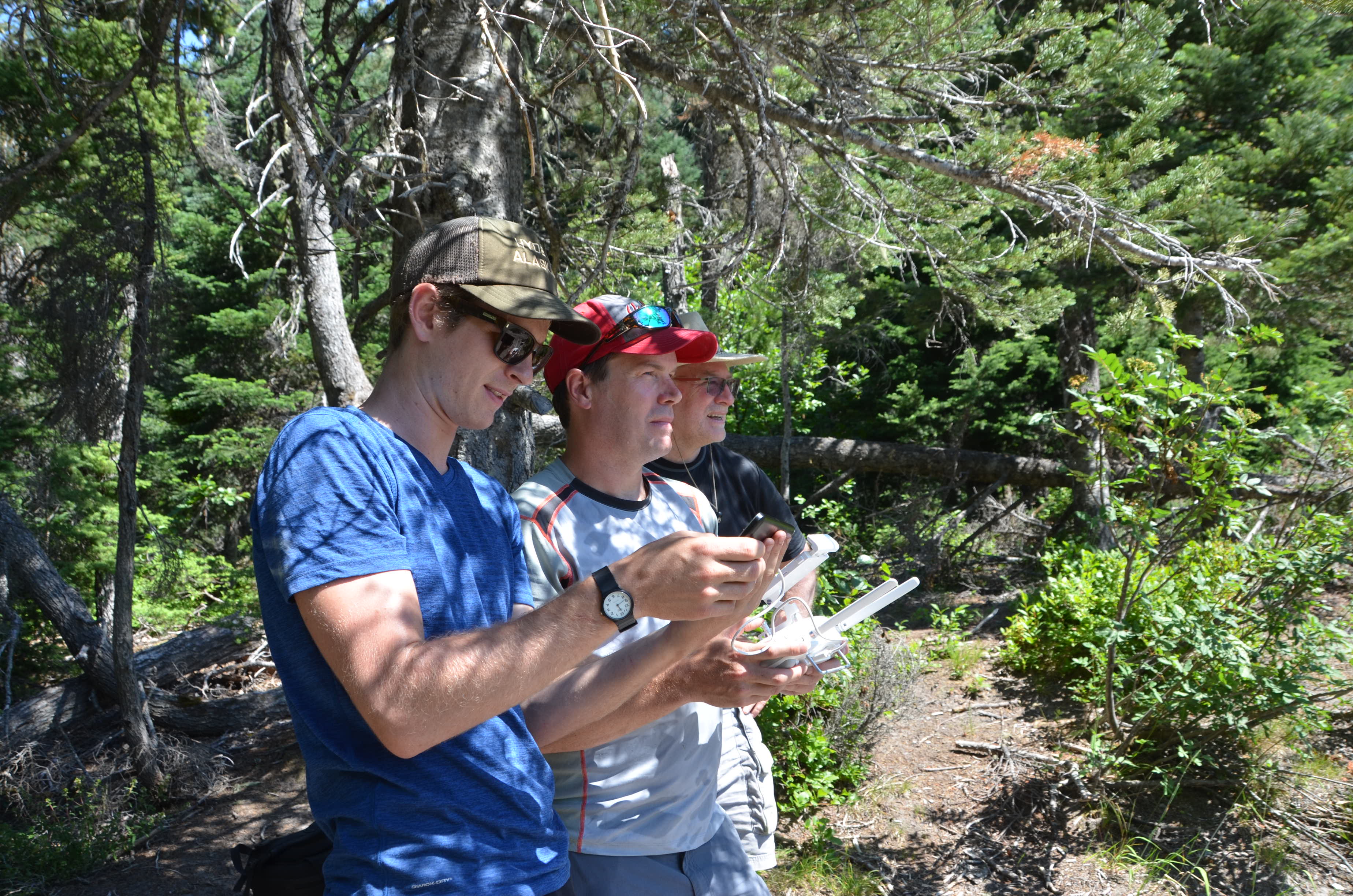 A love of geology and fieldwork in particular lured Alex Wilson, far left, away from a career as an opera singer in London, U.K. to the University of British Columbia, where he is completing a PhD thesis on glaciovolcanism. Wilson is pictured here with fellow volcanologists Steve Quane and Kelly Russell. (Photo: Andrew Findlay)

The path that led Wilson to the mountains of southwest BC and the cutting edge of glaciovolcanology is unusual to say the least. He grew up on a small New Zealand farm. As a youth he was an accomplished tenor and totally dedicated to music. In his early 20s he graduated from the University of Otago with a double major in music and geology and moved to Perth in Western Australia to work in the iron ore industry, doing exploration geology for Rio Tinto. His intention was to save as much money as he could, then move to the United Kingdom to complete a Master of Arts in music and realize his dream of being a singer.

But while he did enjoy a brief tenure as an opera singer based in London, he soon realized the prospect of struggling financially as a singer, travelling all the time and being “stuck in cities” wasn’t for him. Wilson missed being outside in the mountains as part of his job so he made a major life pivot and headed for British Columbia to rekindle his second love, geology. With a Canadian grandfather and mother, Wilson says he felt a kinship to the country. Vancouver attracted him because of the city’s proximity to mountains and the outdoors. After researching the work of UBC volcanologist Kelly Russell, Wilson was sold on a move to the West Coast to further his studies.

He embarked on a master’s degree at UBC; however, with Russell’s guidance and his own eye for a unique research opportunity, Wilson’s master’s thesis quickly became a doctoral project investigating the geological record left behind by southwest BC’s unique combination of volcanoes and glaciers.

“Reconstructing the ancient climate is crucial for future climate predictions,” he says. “How can we say the climate is changing if we don’t know what it did in the past? How rapid were these climate fluctuations compared to now? All big questions that my thesis will hopefully contribute a small piece to.”