The team's thoughts on the 2020 Eco-Challenge through Fiji
By Angelica Haggert
September 22, 2020

The 2020 Eco-Challenge has returned adventure racing to the world stage — after more than 15 years off the air, the televised multi-discipline endurance race captivated audiences for ten episodes on its Amazon Prime premiere.

Facebook groups promoting orienteering and adventure racing have seen a surge in new members since the series launched, and while adventure racing has regularly had a large following in Europe and the U.S., it's Canadian audience was small.

Not now — not after Team Canada Adventure took home a podium finish in the 600-kilometre-plus race through Fiji. Canadian Geographic spoke with two members of the Canada Adventure team shortly after the series aired.

Ryan: Team Canada Adventure was invented for the show! It was the first time we had all raced together. I have known Bob for many years, through work and races. Rea does a lot of the same obstacle course racing events that I do. Scott is a new friend. Together, all our personalities meshed very well!

The first round of Eco-Challenge happened before I was an endurance athlete, but I had always heard stories of how awesome it was. This was my chance to recapture some of that magic I had heard so much about.

Rea: I only met Bob and Scott once before the race for a training weekend. I didn’t meet Wayne until we arrived to Fiji.

I used to watch the show as a little girl on Discovery Channel, always thinking how cool it would be to have an opportunity to do that one day; but it was always more of a wish than a plan. When Eco-Challenge announced its return, I really wanted to put a team together and apply; however, having no adventure racing experience and not knowing anyone who did, I never pursued this any further. Around March, Ryan Atkins asked me if I’d be interested in joining Team Canada Adventure … I don’t think he even finished the question before I said yes.

On when they're not adventure racing

Rea: I’m a professional athlete and endurance coach. Before Eco-Challenge my main focus was obstacle course racing, so I spent most of my days training for that and racing around US. Since 2020 turned out to be one grand off-season, I spent most of my days outside … in a way, when I’m not racing I’m adventuring outside. I love trail running, mountain and road biking, skiing, hiking … the rest of my time is usually taken up by coaching. I also to love to cook, which is probably one of the few sedentary hobbies I have.

On preparing for the race

Rea: I’ve been an athlete my whole life, but of all the disciplines involved in the race the only one I was really good at was trail running and endurance in general — I’ve never mountain biked, paddled, or climbed ropes before. So right from the start my focus was on getting those skills.

I’ve done my fair share of pretty miserable races in my athletic career as well, so I was ready for the mental challenges and the really hard days. I could probably use more paddling training though. I think in the first day we paddled more than I’ve paddled in all my life combined. And I think we could’ve used more training together as a team also.

Ryan: I did a ton of specific training for running and biking. I definitely didn't do enough paddling, so next time I would do more of that. 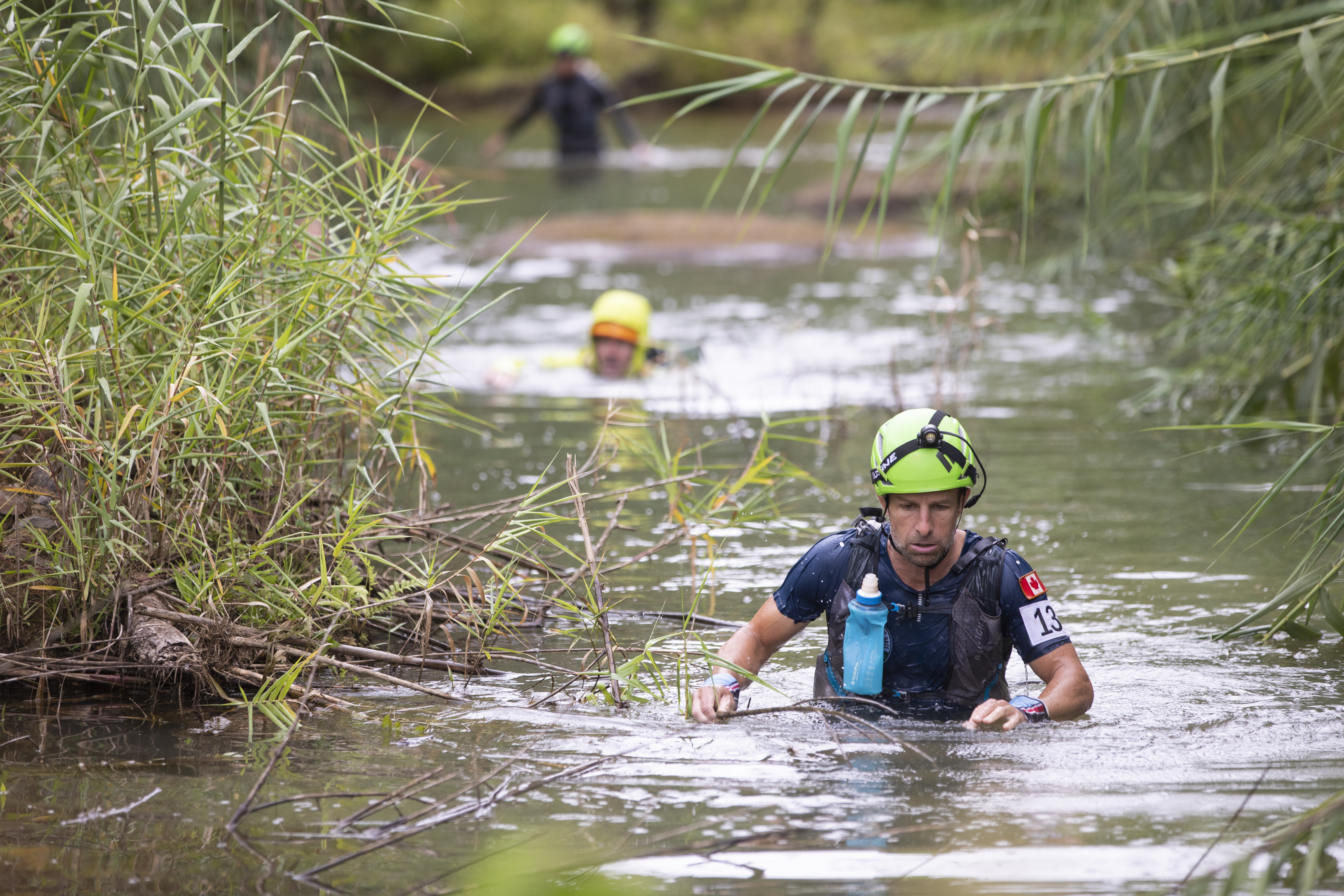 On their favourite race moments

Rea: It would be really hard to pick just one moment, as the whole race was a rollercoaster — really hard moments followed by those of pure joy. There are a few that stand out to me. From a pure landscape and beauty of Fiji standpoint, the trek up the slot canyon was my favorite. A narrow canyon wall with crystal clear water running through was unforgettable. Close second was the climb up the Vua Vua falls: that whole trek leading to the waterfall was really hard with slippery rocks and numerous face plants, slow progress up a river hopping from rock to rock. We got to the falls just around sunrise, and once at the top we had a chance to look back at the jungle we came from … the expanse and the beauty of the island seen from above was breathtaking.

I also really loved all the interactions with the locals. They were so friendly and welcoming, always cheering us on. My favorite memories were of the kids running out of their classrooms to wave, give us high fives, and run along our bikes, barefoot. On one of the legs we were allowed to hire them for support, and it was incredible how you could walk into any village and get four people who could move through the mountains faster than any of us, and doing it barefoot. When race was put on pause for a night, local villagers took us in, fed us dinner, gave us dry clothes, and let us sleep on their porch. All of these experiences made the race so unique and memorable.

Ryan: Every time we got into camp. Getting to see our support person (Wayne), eat some real food, fix our feet and get back out was such a wonderful reset. My other favourite was just getting to see all the remote corners of Fiji, that other people rarely get to see. It was a beautiful country filled with wonderful people.

Crossing the finish line was surreal. We were so tired and we had been racing for so long that it almost didn't feel real. Complete euphoria of accomplishing what we had set out to do.

On how other people can get started in adventure racing

Rea: I think television tends to seek drama — really hard moments in the race, or the really great ones. Extremes in success and failure, but perhaps a lot less of the in-between: just pure racing with not much going wrong. In that sense, I feel like watching a local fun 8 hour race perhaps wouldn’t get as big of a viewership. I think a better way to bring these races closer to the general public is to offer resources — lists of local adventure races, adventure racing camps, navigation clinics, forums where people can discuss their successes and fears.

Don’t wait until you feel 100 per cent ready to do a race — get general fitness and some basic orienteering skills and sign up for a local race. Actually doing a race is the best way to find things to work on, then focus your training on that. And never forget that the first word in “adventure racing” is adventure.

Ryan: I think that advertising for local adventure races in the specific areas where they happen could help beginners get the notion that they could try something a little more bite-sized and closer to home.

Just find some friends and sign up for a shorter race! You'll learn so much by racing, that you will never learn by just reading about it. From there, you can train and improve to do bigger races or more races or just use it as an excuse to travel to amazing places to race! Seeing the natural beauty of an area whilst racing hard is unlike any other way of travel.