Study shows Antarctic Peninsula is greening at an unprecedented rate

Microbes and mosses have demonstrated rapid growth in the last 50 years
By Rachel Levy-McLaughlin
May 24, 2017

Changes in the flora and fauna of the Arctic polar region as a result of global warming have been well-documented in recent years, but as a recently published study shows, the Antarctic Peninsula is also showing a greener palette.

Researchers from the University of Exeter in the U.K., continuing work begun in 2013 to examine the growth rates of 150-year-old mosses and microbes in the Antarctic Peninsula, found that the last 50 years in particular have seen a rapid change in these organisms.

The mosses and microbes under study respond to warmer temperatures with increased growth, and rising temperatures in the Antarctic Peninsula have caused them to grow faster than ever before.

“If this continues, and with increasing amounts of ice-free land from continued glacier retreat, the Antarctic Peninsula will be a much greener place in the future,” says Dan Charman, the study's lead researcher.

To Canadian researchers, this is a familiar story. Last year, NASA released a map showing the progressive "greening" of the Arctic through 29 years of satellite images, and a Yukon-based biologist has discovered evidence that beavers may be migrating onto the tundra as woody shrubs gain a foothold there.

And, as this slow march of shrubs and greenery onto the tundra continues, botanists are working on a catalogue of existing Arctic flora to better understand how they might change and adapt.

As for our polar opposite, researchers from the Antarctic Peninsula study say they will now examine microbes and mosses dating back thousands of years to measure the impacts of climate change before the advent of humans and industrialization. 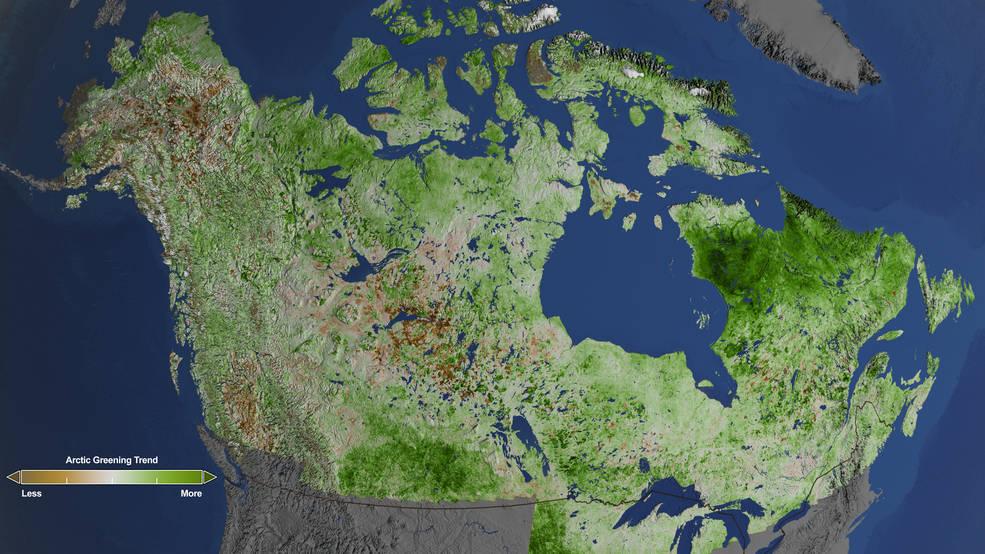