George Kourounis has been officially recognized as the first person to reach the bottom of the Darvaza gas crater in Turkmenistan
By Alexandra Pope
May 31, 2018

Its nickname alone, the “Door to Hell,” would be enough to put most people off attempting to explore Turkmenistan’s famous Darvaza gas crater — to say nothing of the fact that it’s been on fire for nearly 50 years. Of course, such details are a siren song for George Kourounis, the stormchaser and adventurer who has made a career out of documenting the world’s most extreme locations and phenomena.

Now, Kourounis has received official recognition from Guinness World Records for being the first person to reach the bottom of the Darvaza gas crater.

“It’s a real honour to be officially recognized by Guinness for one of my expeditions,” he says. “It was five years in the making, but worth the wait.”

Kourounis set out with a film crew to explore the crater in October 2013. His goal was not merely to reach the bottom of the 69-metre-deep pit, but also to obtain soil samples to look for any extremophile bacteria that might be living in the harsh conditions. Such bacteria, which are also found in deep-sea volcanic vents and subterranean hot springs, offer clues as to whether microbial life might be found on planets with hot, methane-rich atmospheres.

In addition to the extreme conditions — Kourounis recorded a ground temperature of about 400 C in the crater and had just 17 minutes to collect his samples — the team had to contend with intense scrutiny by the Turkmenistani government, as well as spiders and venomous snakes.

“It felt very much like setting foot on another world,” says Kourounis of the crater, which he entered wearing a protective suit, self-contained breathing apparatus and melt-proof Kevlar climbing harness attached to fire-resistant ropes.

In the end, the expedition was successful: Kourounis’ samples contained bacteria not previously in the DNA database.

Kourounis, who recently became an Explorer-in-Residence of The Royal Canadian Geographical Society, received a citation from Guinness certifying his extreme achievement earlier this month. 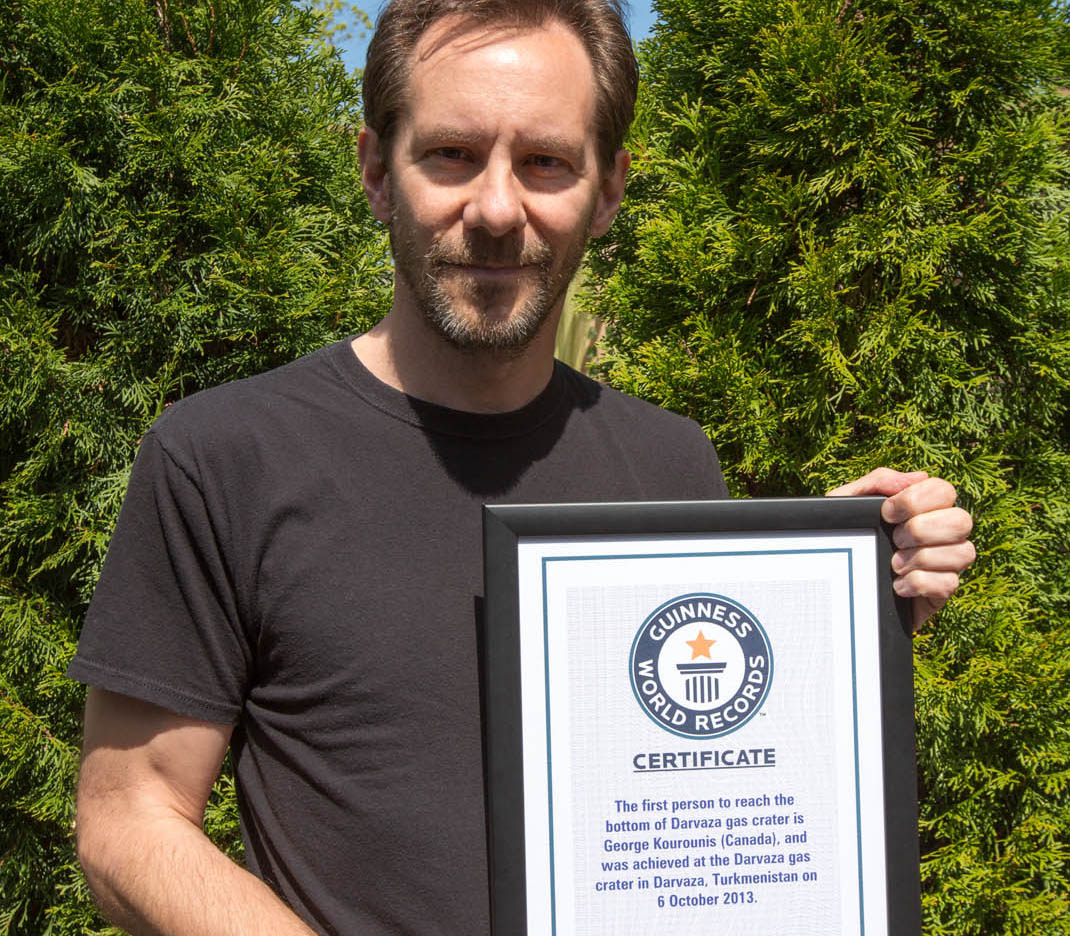 Related: George Kourounis on going to the extreme