The silence is hypnotic in Khutzeymateen Provincial Park (also called Khutzeymateen Grizzly Sanctuary), hidden deep within the rainforest along British Columbia’s north coast. The park is fascinating, with rugged 2,100-metre peaks towering over a valley of prehistoric-looking old-growth forest and a productive river estuary. However, for the fortunate folks (myself included) who enjoyed a wildlife viewing tour of this special place in early summer, the grizzlies were the main attraction.

Aboard the Ocean Light II, a 21-metre ketch-rigged sailboat, we spent hours on the water in search of these amazing creatures and had many mind-blowing encounters: we witnessed sparring juveniles, swimming bears, female bears with cubs and a mating pair. The relentless rainfall meant that I had to be well prepared (read: waterproof gear and rain covers for my camera), but it added moodiness to the images and gave great texture and colour to the bears wet fur and their green surroundings.

This was a challenging shoot, but the images were well worth it. Here are some of my favourite moments. 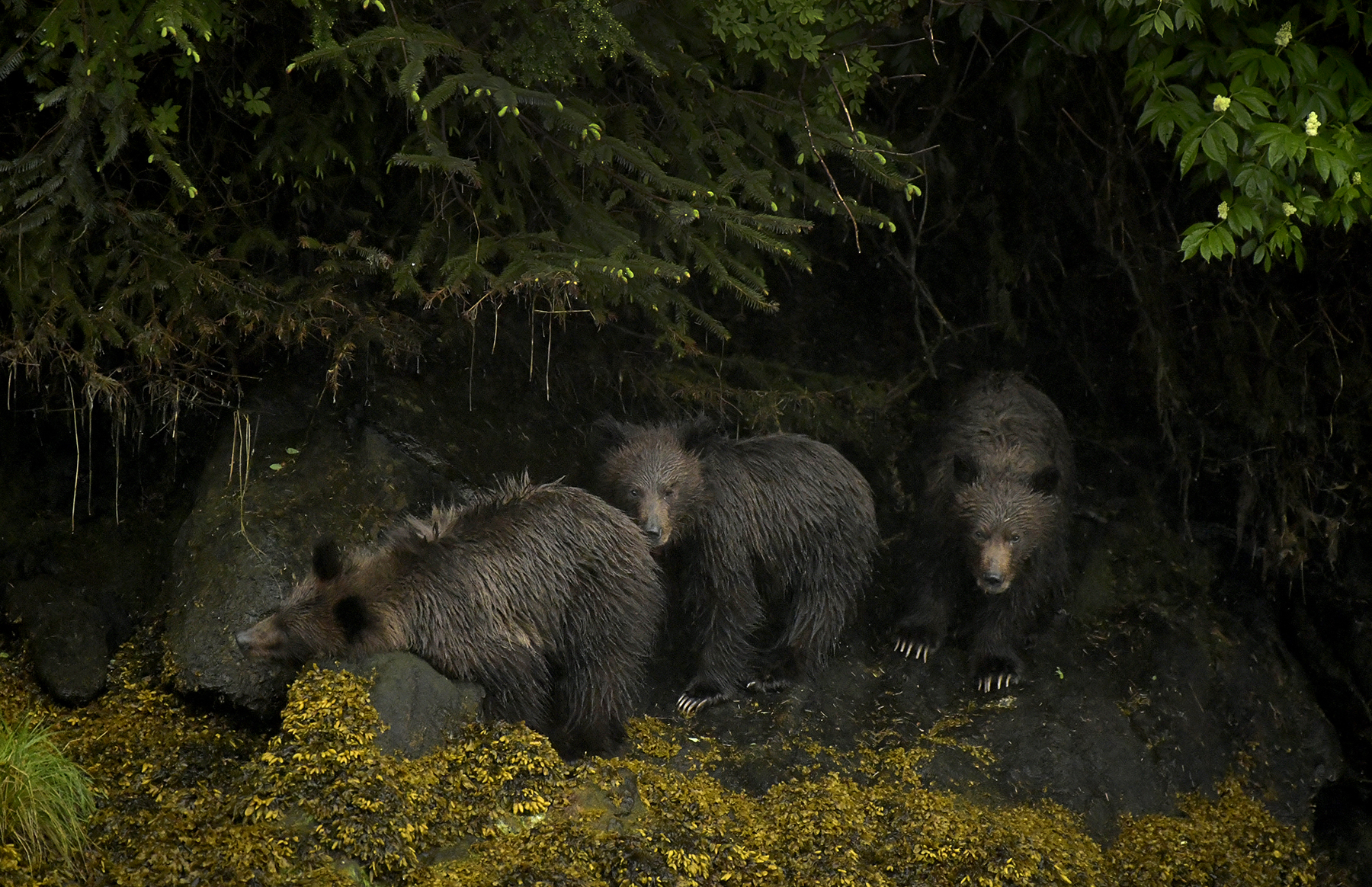 Our first sighting was a female bear with her three coys (cubs of the year). They were hidden under the tree line in very low light. I bumped up the ISO on my main camera to 10,000 to achieve a fast-enough shutter speed required for hand holding a long lens on a moving boat. Never in my wildest dreams would I had thought such a high ISO would produce these results. (Photo: Michelle Valberg) 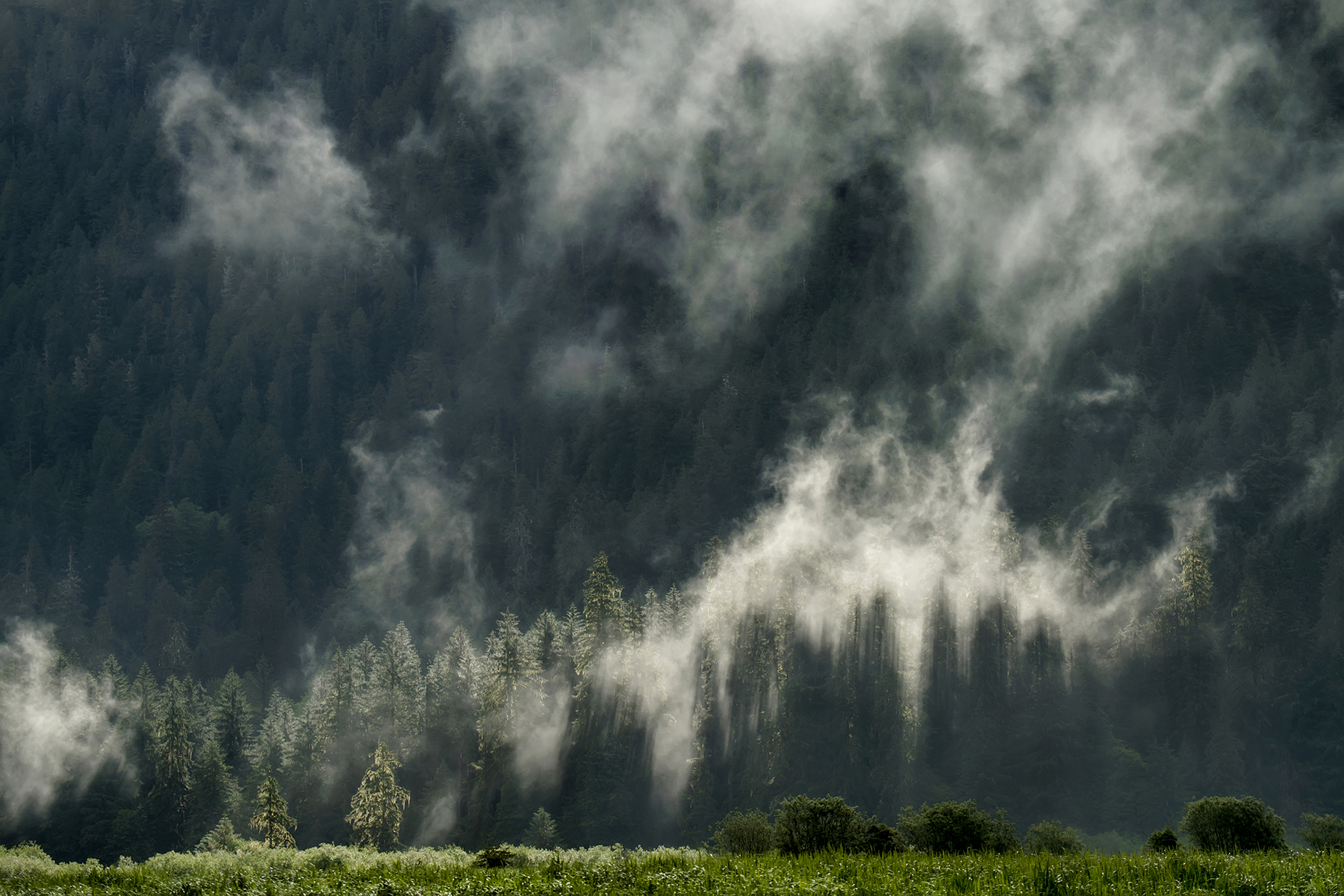 At 5 a.m. the estuary was pure magic. The morning light broke through the mountains with low clouds lingering in the trees. We were astounded by the sight. (Photo: Michelle Valberg) 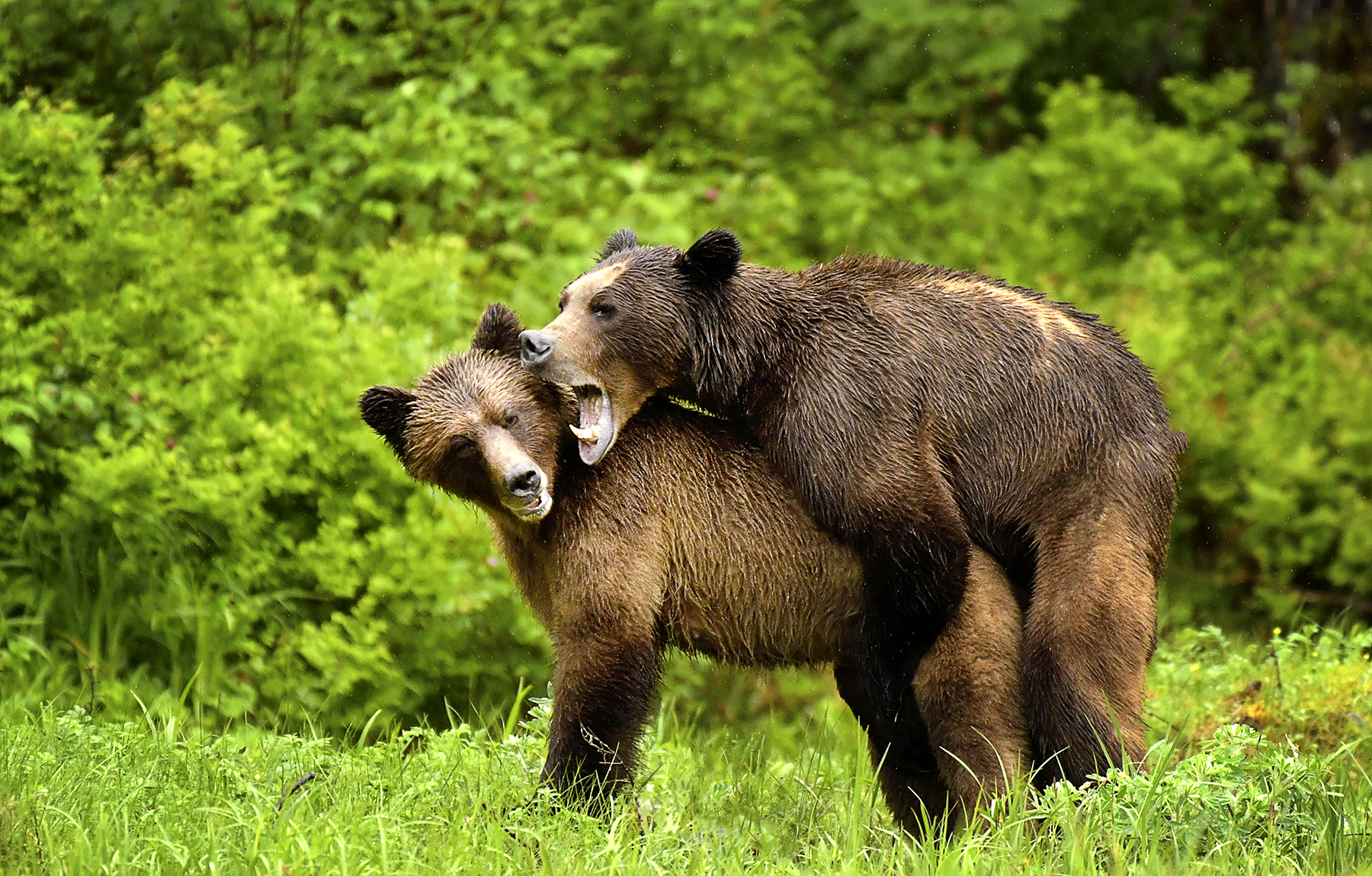 Witnessing an animal in its natural environment is a gift. Seeing these mating grizzlies was a special moment. Soon after this was taken, the female ran away from the male and into the water just a few metres from our zodiac. She was submissive and patiently waited for the right time to run further away. He kept a keen on her every move. (Photo: Michelle Valberg) 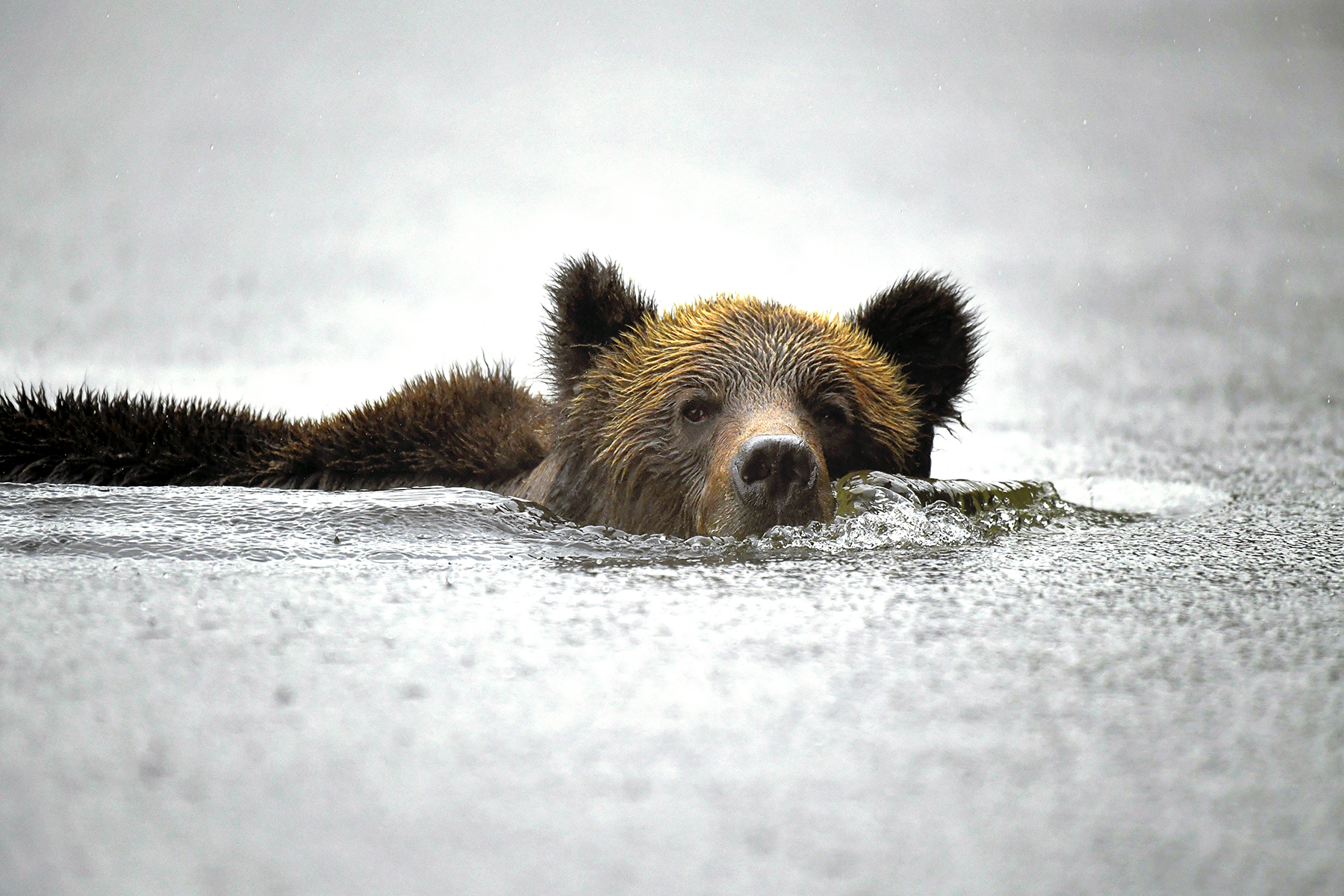 The grizzles of the Khutzeymateen frequently swim across the estuary, sometimes for quite a distance. I waited and waited until finally, this bear looked directly at us. His heavy breathing and movement made a line of bubbles. (Photo: Michelle Valberg) 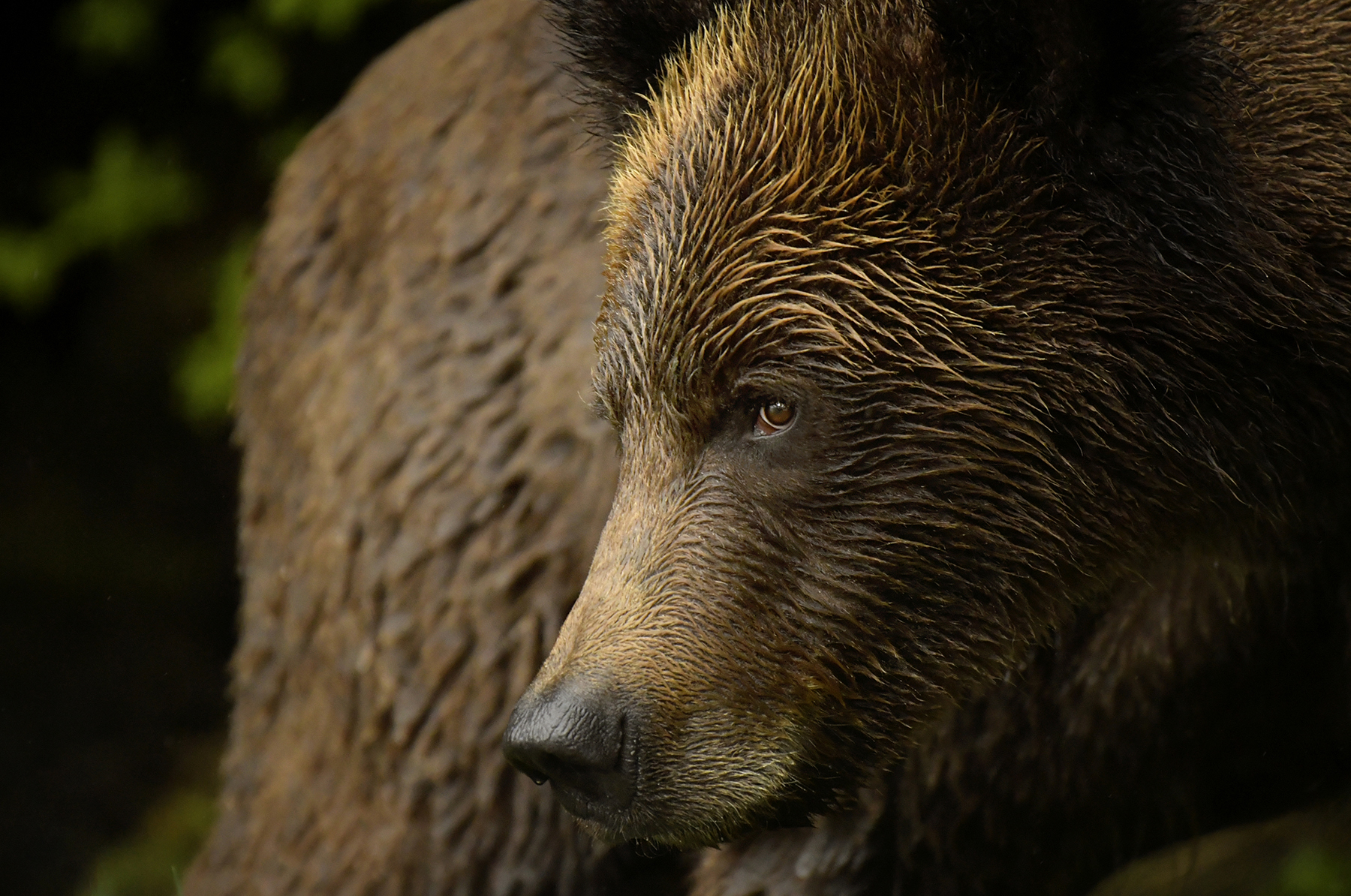 I zoomed in close to highlight the texture in this grizzly’s fur. The back end looks like tree bark and its sideways glance draws you in. (Photo: Michelle Valberg) 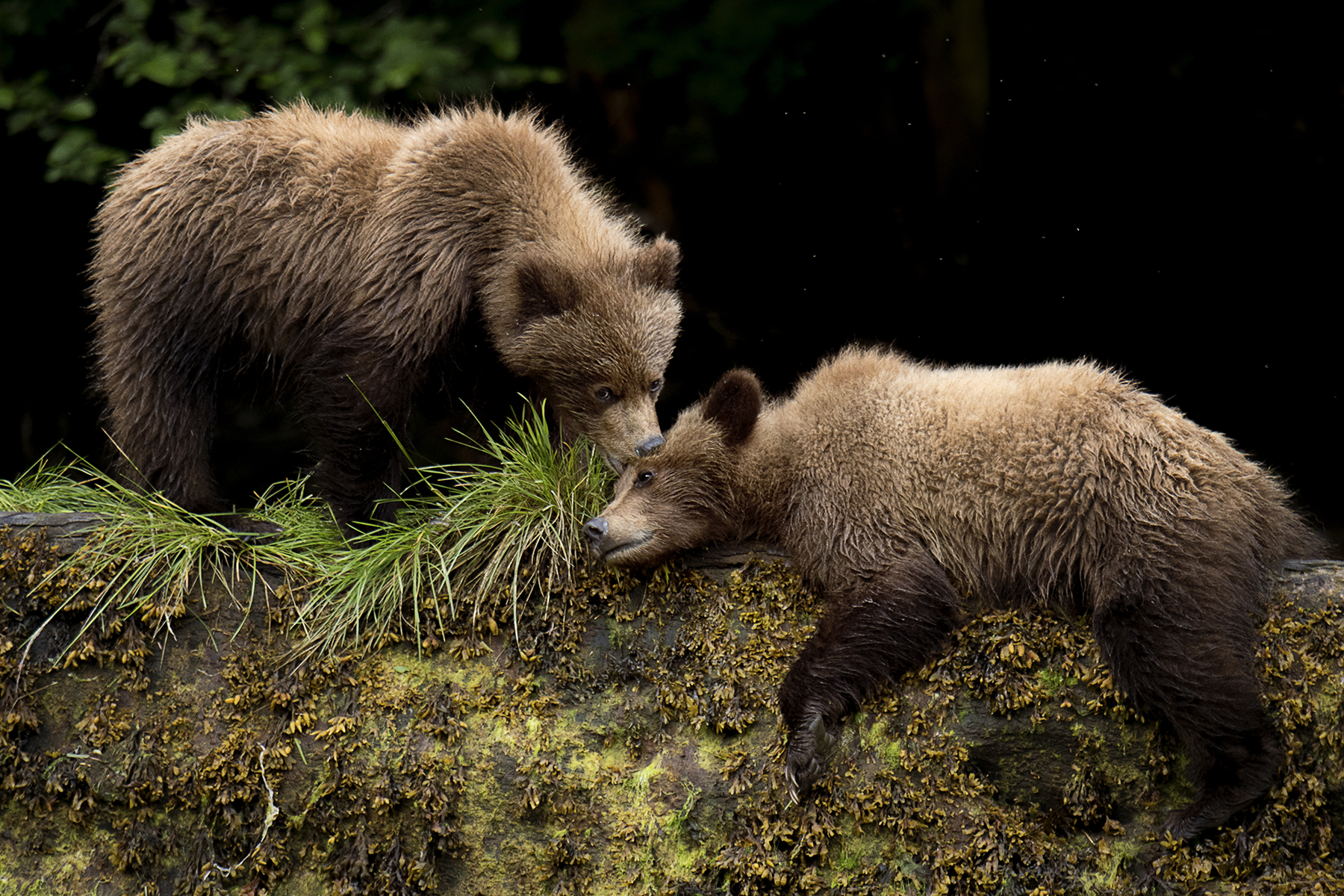 Two small cubs have a moment on a log. As a wildlife photographer, I live for these types of interactions. (Photo: Michelle Valberg) 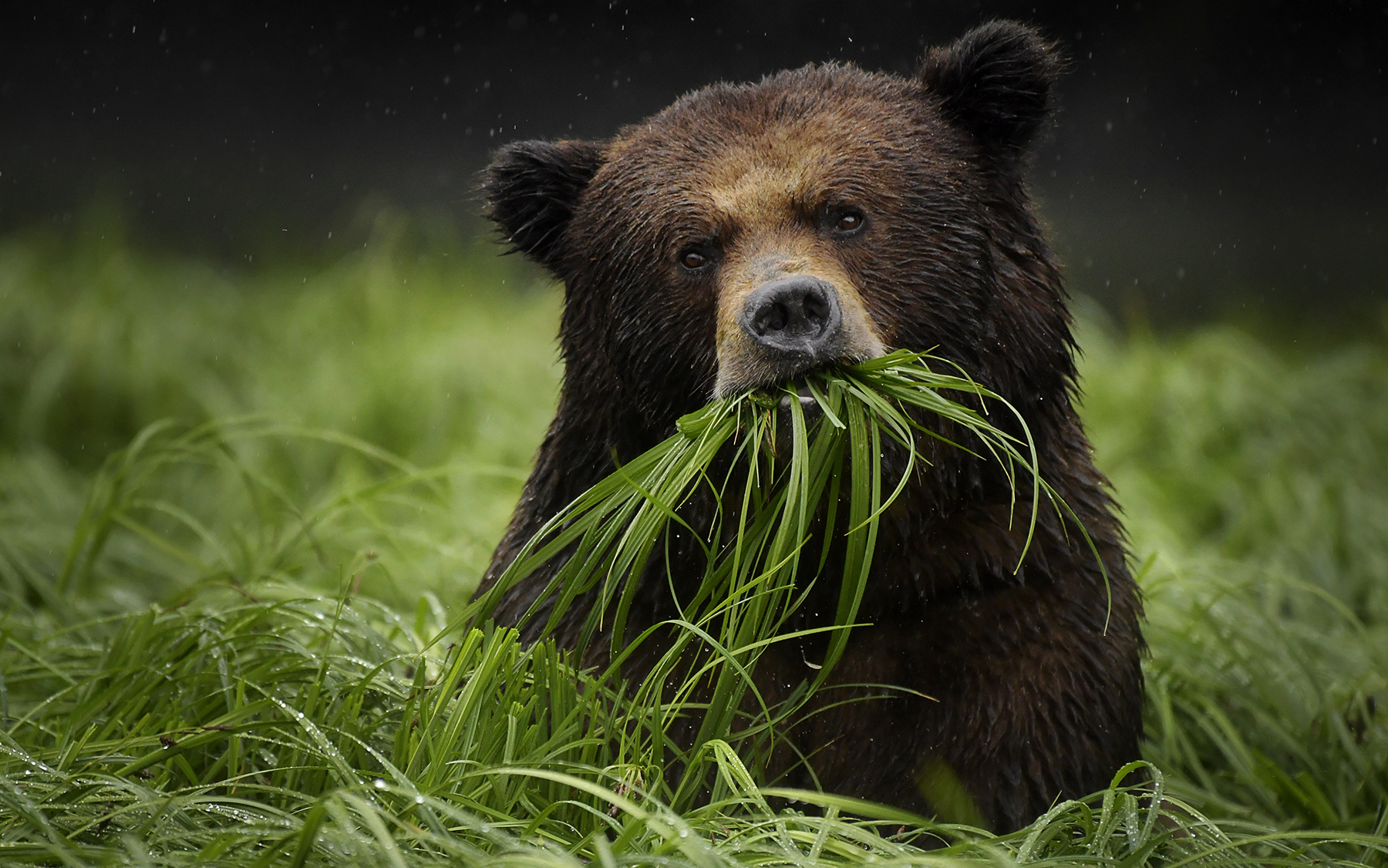 A massive male grizzly takes a huge mouthful of grass in one swoop. His expression, eye contact, the rain and dark exposure makes this one of my favourite images of the approximately 19,000 photos I took in the Khutzeymateen. (Photo: Michelle Valberg)