Photos from the field: Neil Ever Osborne in Nunavut | Canadian Geographic

Photos from the field: Neil Ever Osborne in Nunavut

The Canadian Geographic Photographer-In-Residence shares his visual travel log from a spring trip to Nunavut
By Neil Ever Osborne
May 1, 2017

It was my first visit to the Arctic, and the land welcomed me just like Michelle Valberg, my fellow Photographer-In-Residence and avid Arctic photographer, said it would. We were there for seven days on behalf of First Air and Nunavut Tourism, shooting and creating imagery for the two organizations. Here is a diary of my experiences in Nunavut. 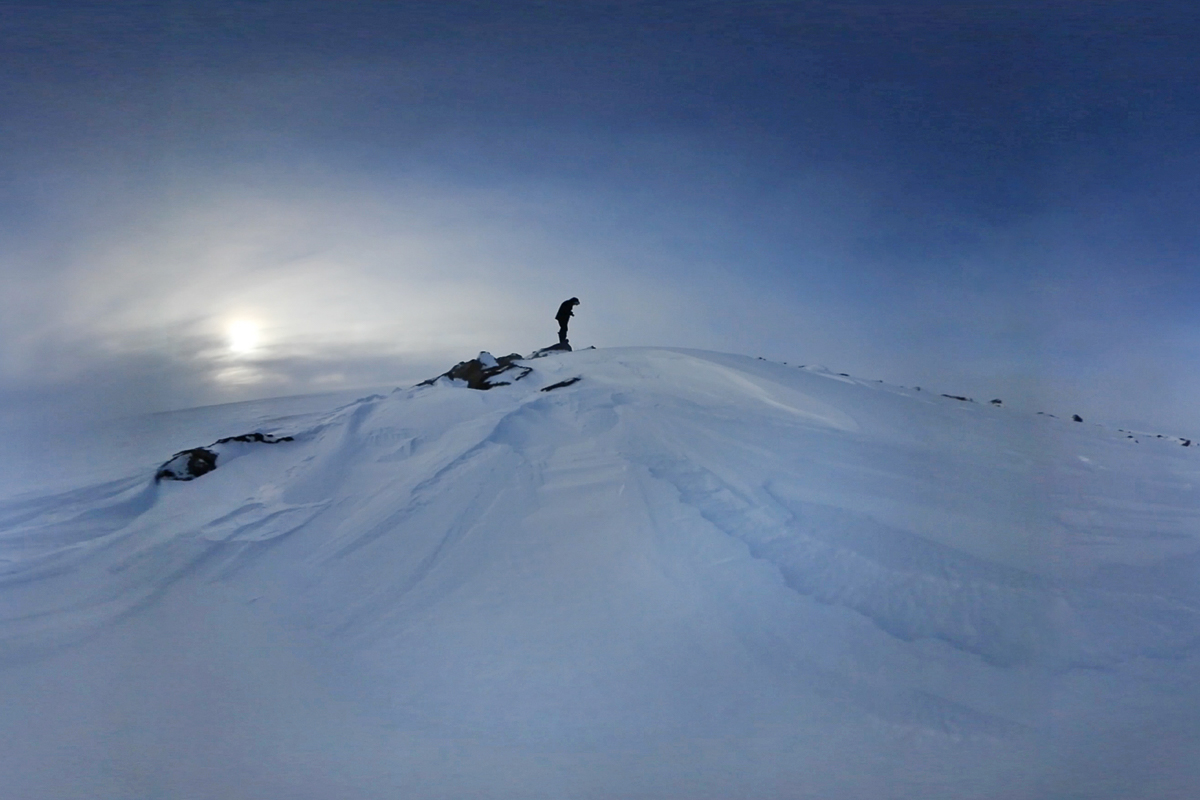 Michelle tells me that she’s been coming to this place for more than a decade and that this year, she will complete her 50th visit. I could not have asked for a better traveling companion. "It’s more than flat, white and cold,” she says. “The Arctic has so much to offer.” I was just beginning to observe this part of the world and realize how fortunate I was to step foot there. 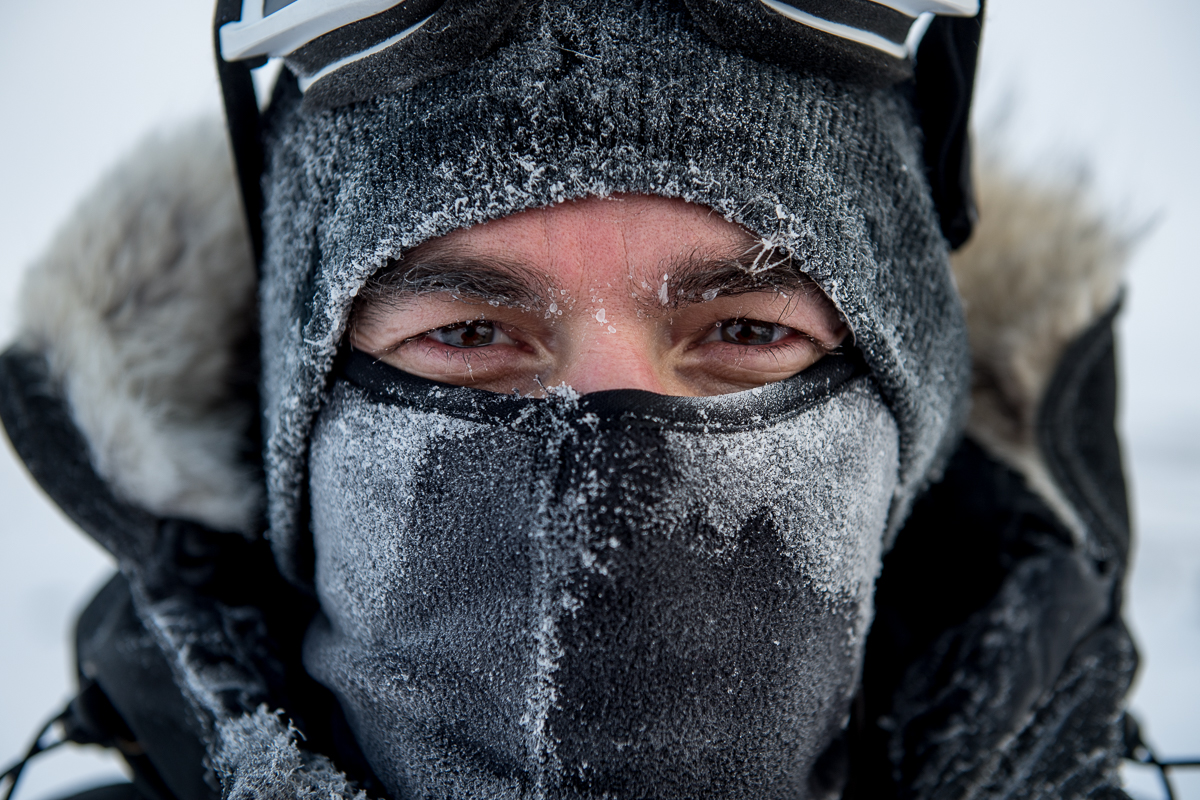 Nunavut’s Arctic landscape quickly reminds you of how well you need to be prepared. But with that preparation comes an adventure into true wilderness. After an eight hour snowmobile ride south from Cambridge Bay toward the horizon, I explored the area but stayed within sight of my guides, though Michelle later told me that I may have wandered a little too far. I was drawn by the texture of the snow, and intoxicated by the possibility of seeing my first wolf or muskox. Now I fully understand Michelle when she says, “I wish every Canadian could experience the Arctic.” 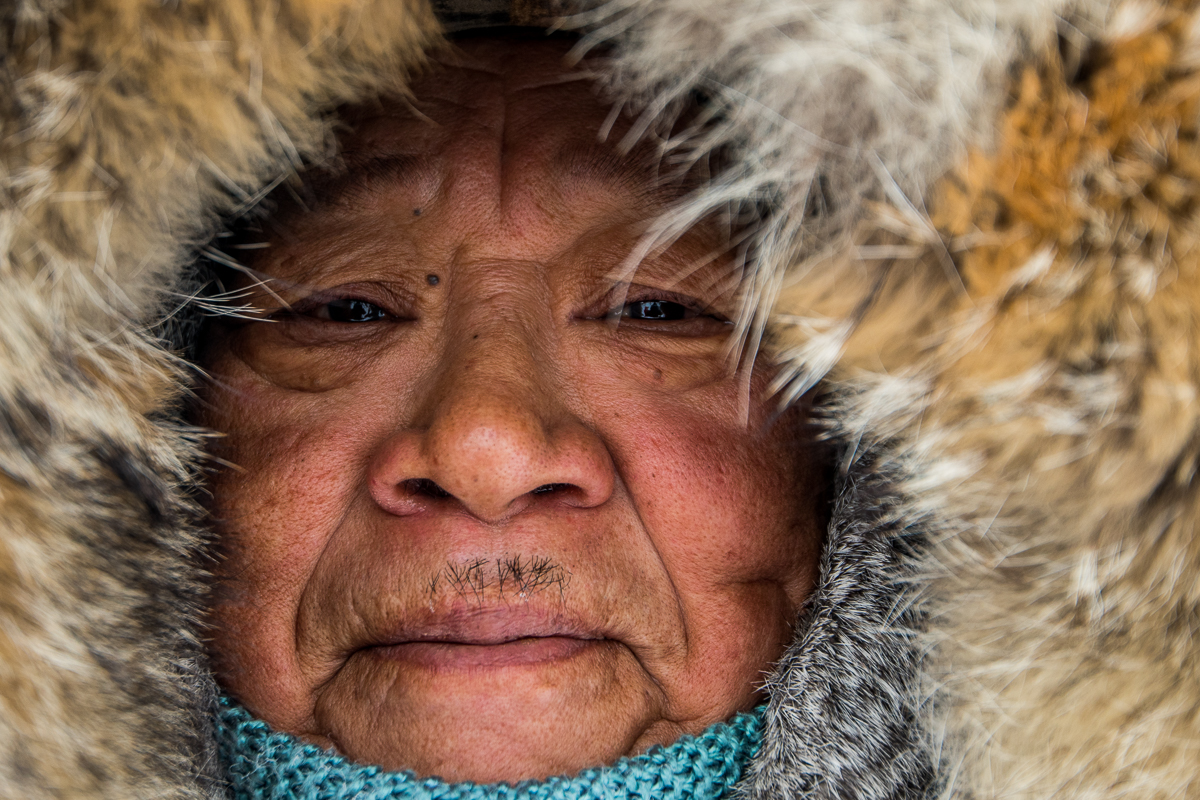 He introduced himself as Jimmy. I noticed his missing thumb first, then his smile. He was our guide, whom we met in Cambridge Bay. We first chatted about logistics — It seems you can never be too prepared for an Arctic excursion. Jimmy is 63 and comes with a reputation as being one of the best guides in the hamlet. 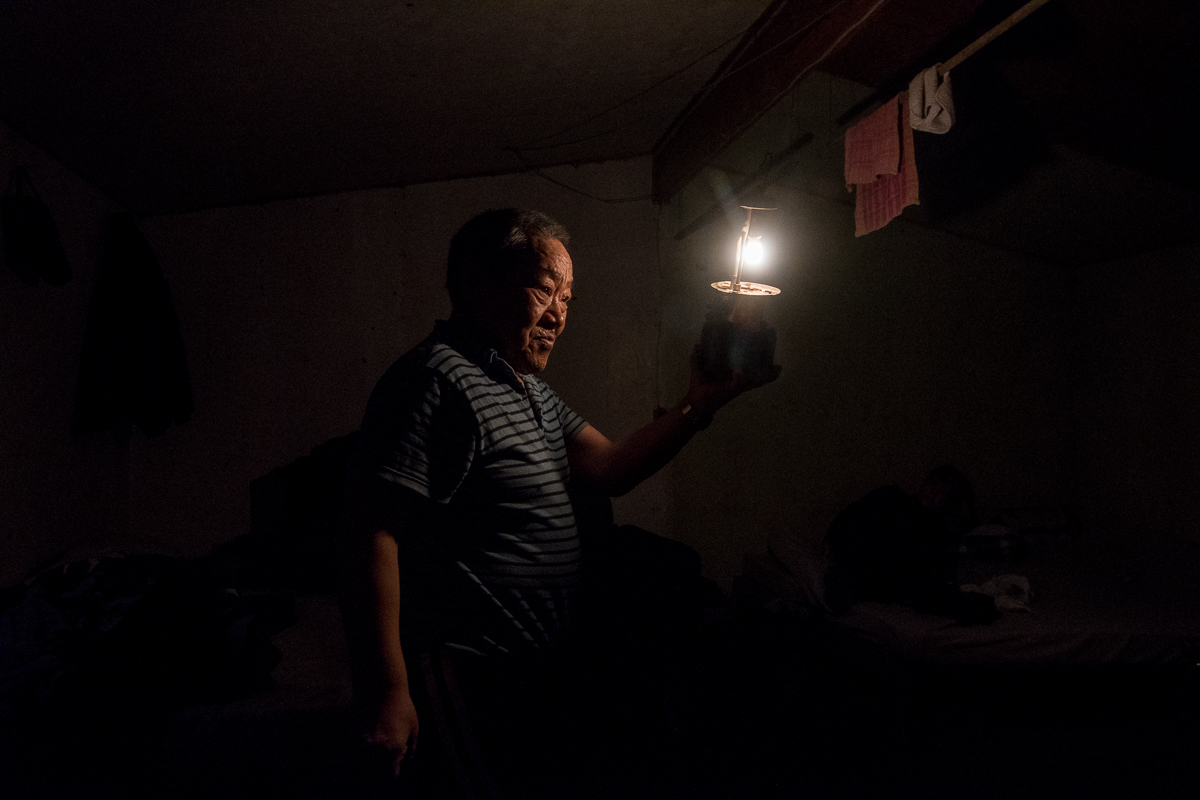 Jimmy lights the lantern in his hunting cabin on the mainland, our refuge after a day of exploring the tundra wilderness. The part best about going away is coming home. But on the road, I'm constantly grateful for the little moments of comfort, whether ephemeral or lasting just the right amount of time. 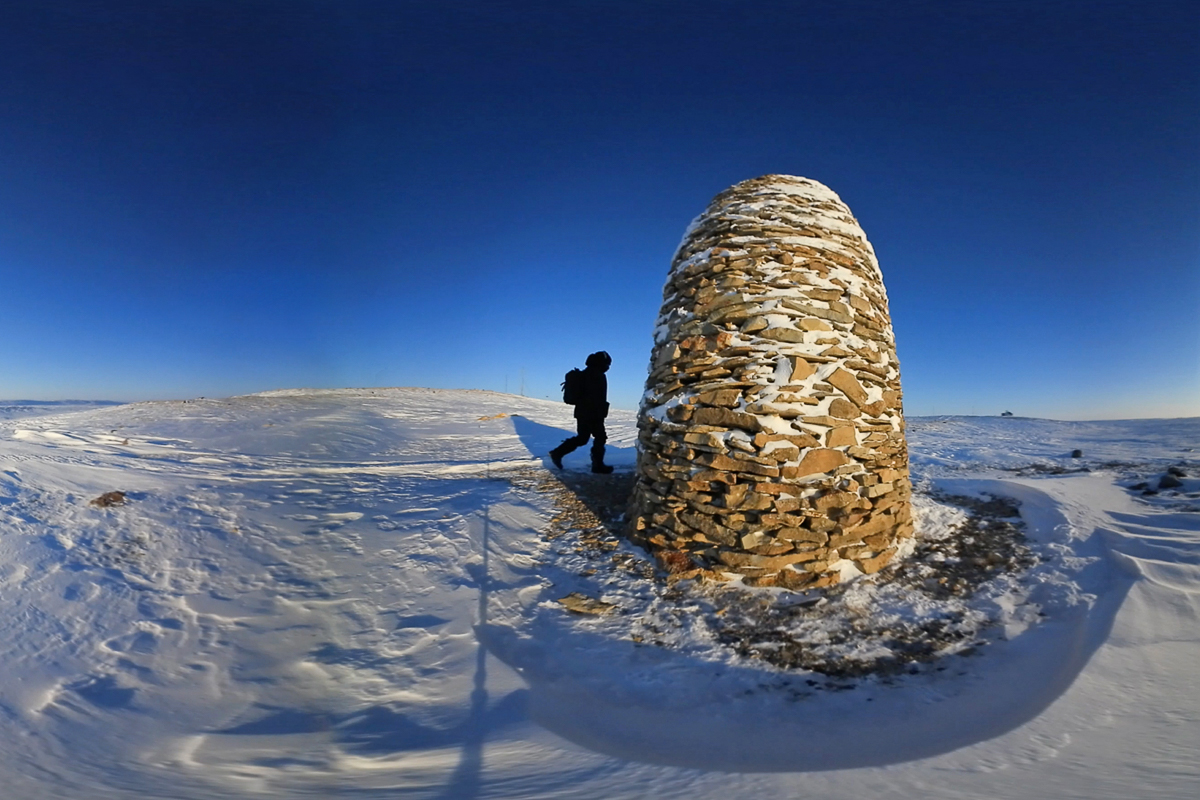 We camped for two nights on the tundra, before a blizzard forced us back to Jimmy's cabin. My sleeping bag was good to -40 C and I must admit, I wasn’t cold. In fact, I unzipped the side to poke my toe out during the night. Inside Jimmy's cabin, I watched the cold air come in the door each time one of us went out. When we weren’t out exploring, we were inside listening to Jimmy's stories of wolverines, grizzly bears and caribou. We were told of a secret underground river and the little people that built huts on the landscape. The Arctic does indeed inspire. 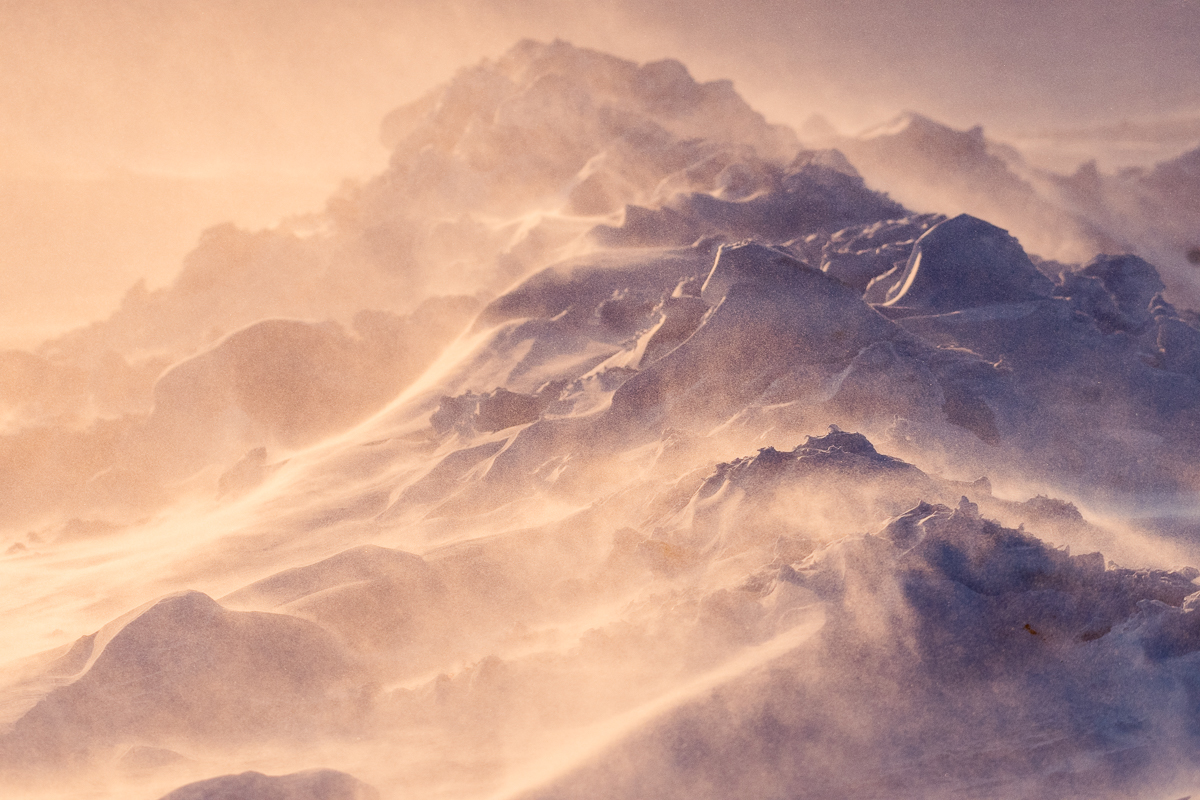 Cambridge Bay is a hamlet located on Victoria Island in the Kitikmeot Region of Nunavut. It is named for Prince Adolphus, Duke of Cambridge, while the traditional Inuinnaqtun name for the area is Iqaluktuttiaq meaning "good fishing place”. On our way home after a walk through the community, we witnessed a mirage. The sea came to life as it ebbed and flowed with colour and contrast. In reality, it was just the side of the street.