The Vimy Foundation Centennial Park provides a home for 100 repatriated ‘Vimy Oaks’ and is intended to be a space for reflection on the decisive battle
By Alexandra Pope
November 9, 2018

In 1917, moved by the total destruction he saw around him after the battle of Vimy Ridge, Lt. Leslie Miller gathered up a handful of acorns from a fallen English oak tree and sent them home to be planted on his family’s farm in Scarborough, Ont.

A century later, descendants of those “Vimy Oaks” — some of which still thrive on the grounds of what is today the Scarborough Chinese Baptist Church — have been returned to the soil of Vimy, France, as part of a new commemorative project marking both the centenary of the decisive battle and the end of the First World War. 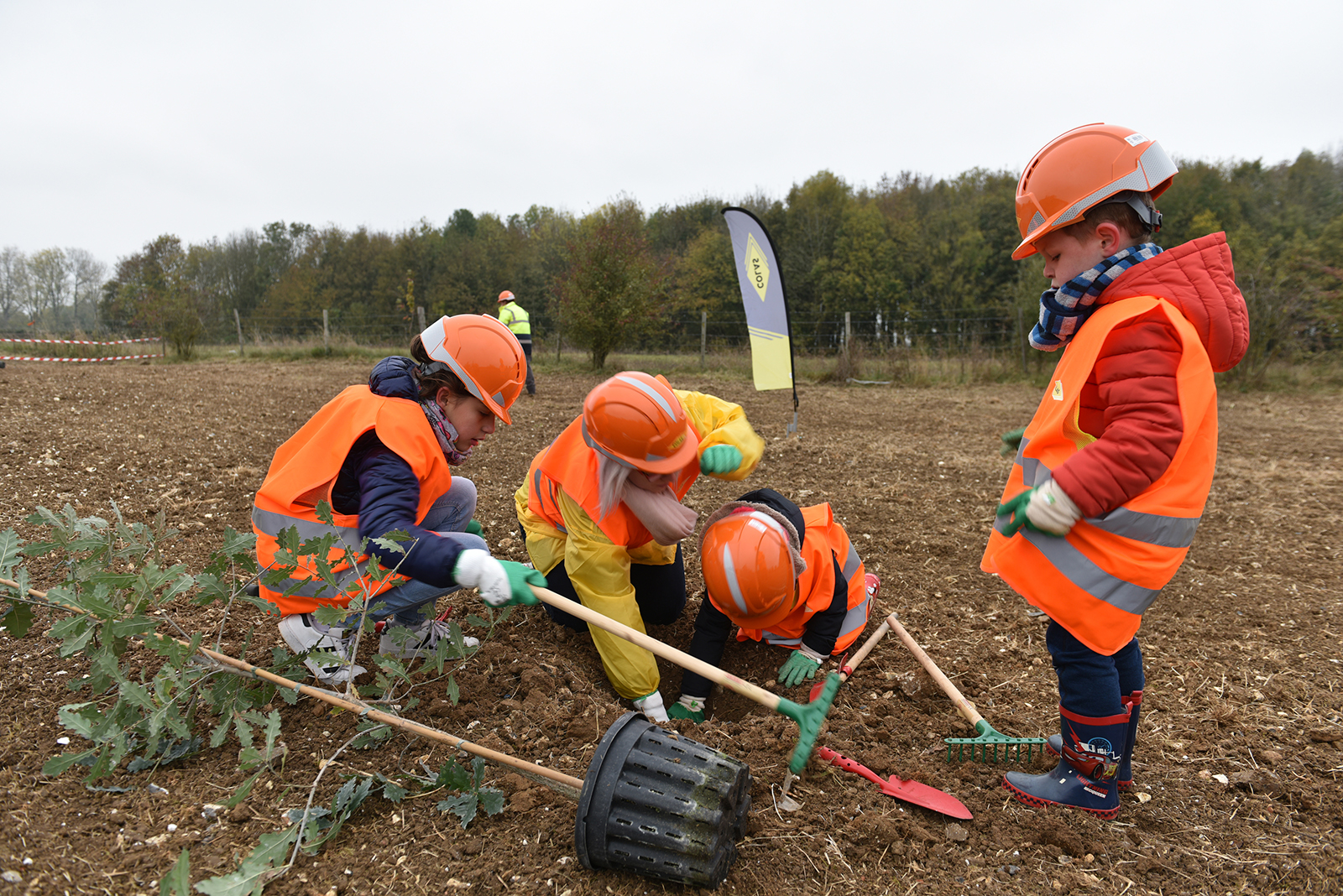 Schoolchildren from nearby Givenchy-en-Gohelle helped plant a number of the “Vimy Oaks” at the new Vimy Centennial Park on Oct. 29. (Photo: Pascal Brunet/Vimy Foundation)

The Vimy Foundation Centennial Park, which will open to the public Nov. 9 as part of official Armistice 100 commemorations, is intended to be a space for quiet contemplation and dialogue.

Visitors to Vimy can learn about the battle at the education centre, explore the tunnels and trenches, and take in the breathtaking limestone Vimy memorial monument, but there wasn’t a place where they could then sit and process the experience, says Jeremy Diamond, Executive Director of the Vimy Foundation, which led the development of the park. “We wanted to create a space to tell the story of these Vimy oak trees, where we can gather young people or tour groups to sit on a bench and take a moment to reflect on what was 100 years ago.”

Set on 1.6 hectares of former farmland adjacent to the Canadian National Vimy Memorial, the park features 100 oaks planted in four concentric circles, representing the four Canadian divisions that fought together for the first time at Vimy. Paths and benches throughout provide a view to the Vimy monument, while a sculpture of a bugler, designed by Canadian artist Marlene Hilton Moore, calls to its twin at CFB Borden near Barrie, Ont., where many of the soldiers who fought at Vimy trained. 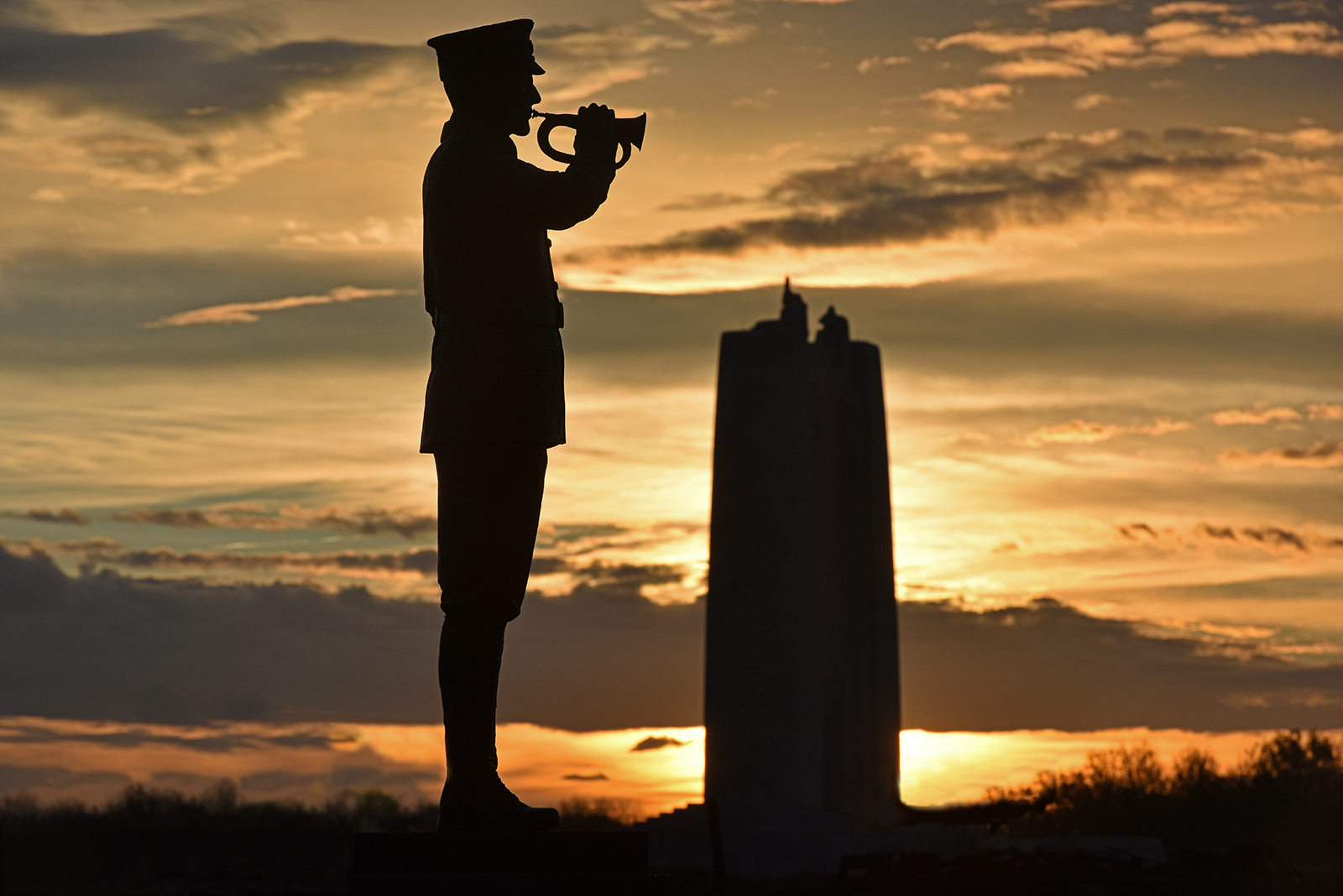 The bugler statue at the new Vimy Foundation Centennial Park, with the Canadian National Vimy Memorial visible in the background. The bugler’s twin stands at CFB Borden in Barrie, Ont., where many of the soldiers who fought at Vimy trained. (Photo: Pascal Brunet/Vimy Foundation)

Because the property was part of the Vimy battlefield, the land required extensive excavation to remove unexploded ordnance and other metal debris. The contractors also uncovered human remains. When that happens, Diamond says, all work ceases, and the authorities are notified so the remains can be respectfully removed for identification (if possible) and reburial in a military graveyard.

“It’s a sobering reminder that you’re on a battlefield,” Diamond says of the lengthy cleanup process. “You have a moment where you realize how much activity that land experienced over the years of the war.” 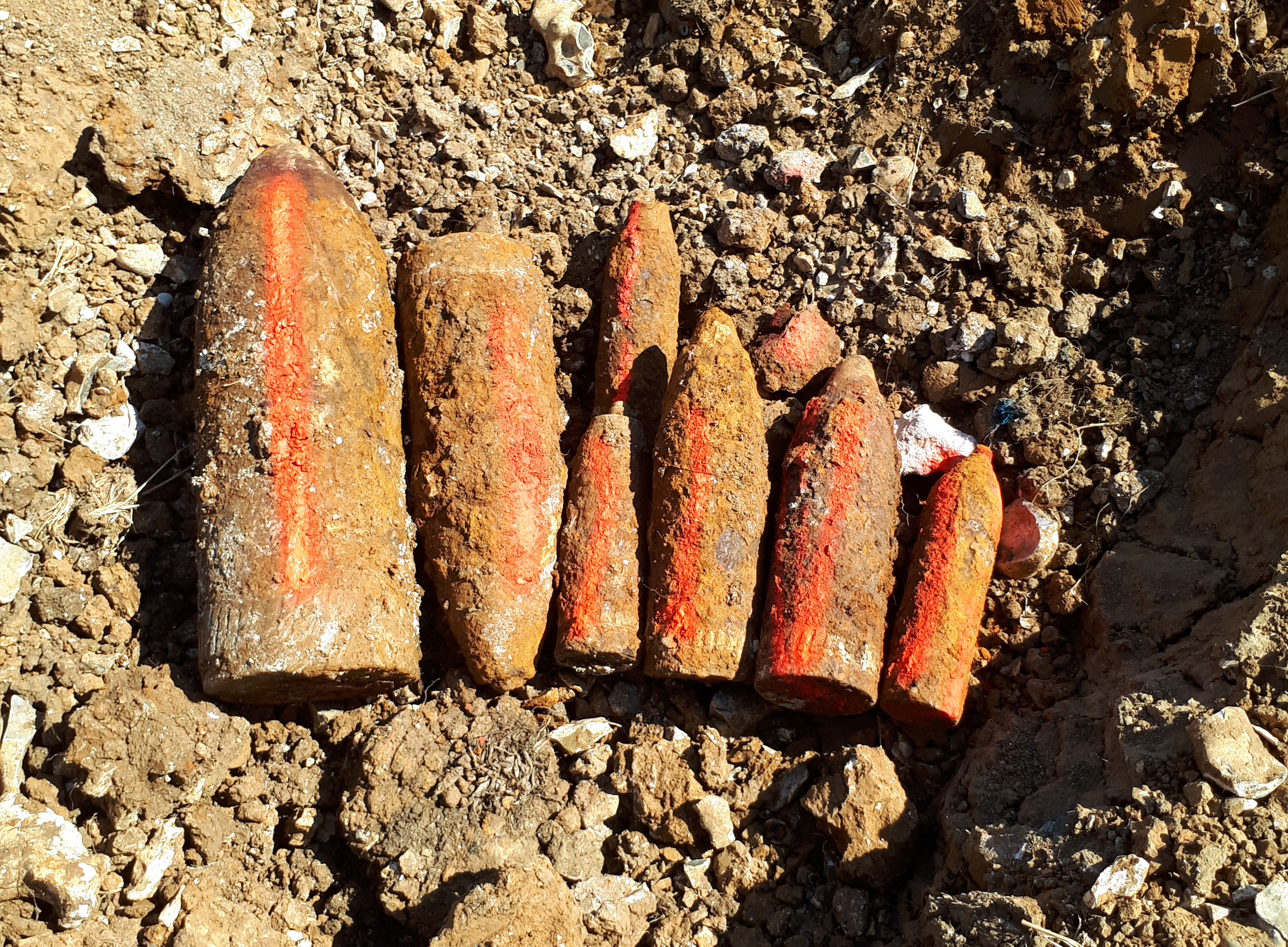 Some of the 100-year-old munitions excavated during preparation of the land for the Vimy Foundation Centennial Park. (Photo: Pascal Brunet/Vimy Foundation)

Following the opening of the park on Nov. 9, visitors and dignitaries will take part in a sunset ceremony at the Canadian National Vimy Memorial, placing candles around the monument. It’s a symbolic way to mark the end of four years of commemorative activities around the centenary of the First World War, Diamond says, but also a time to begin thinking about how to keep the stories of the war alive when the sun rises on Nov. 12.

“The challenge is always that our younger generations learn about this and keep talking about it,” he says.

Diamond hopes the park will spark those discussions.

“Into the new year, we start thinking about peace, and how the war changed our country, how it changed our communities. This is a nice way to end the centennial period, but it also gives rise to conversations about the kind of country we became after the war ended.”