Introducing the newest Can Geo coworkers

Our entire organization is working from home, which means we’ve added some new members to our team
By Can Geo Staff
April 3, 2020

This means a number of new coworkers have joined our organization. They're not always helpful, but we wanted to introduce them to you anyway. 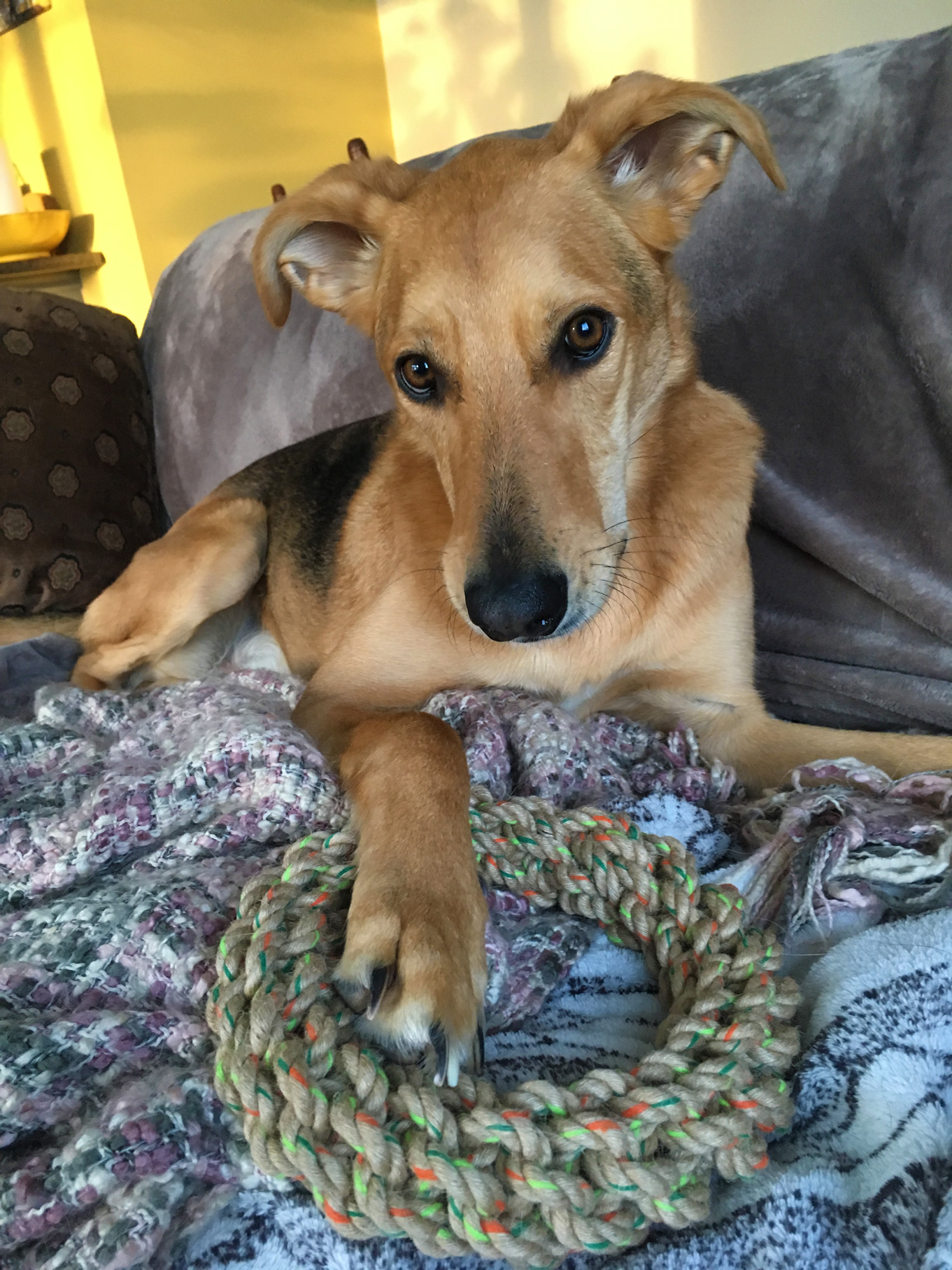 Indi's main duties include surveillance (mostly the tracking of squirrels), which she takes very seriously. She alternates this intense work with frequent naps, balancing it all out with social and snack-seeking missions — she’s quite persistent. Her favourite time of the workday is lunch, when she gets to go outside for one-on-one squirrel time (AND gets snacks, but not squirrel snacks). She is always the Employee of the Month. 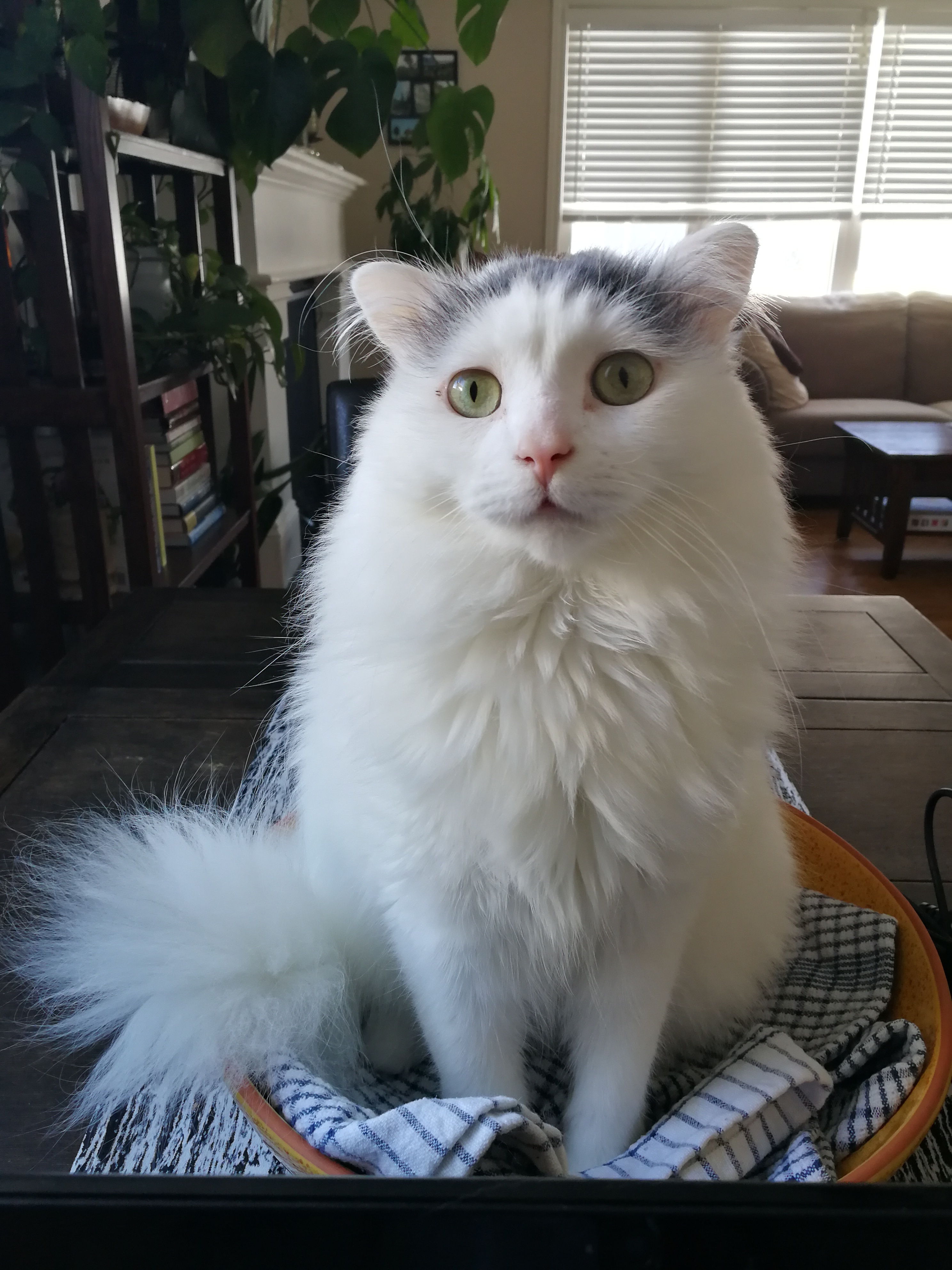 Corbin works on the Can Geo Education team — a sticking point with the rest of the team given he has no formal training in education (nor has he ever attended any sort of educational institution). He is also afraid of children and despises technology, repeatedly falls asleep at random times during the day and breaks almost everything he touches. This can be problematic when interacting with school groups. He is known for sitting on the manager’s laptop and howling at the windows between the hours of 8 and 10 a.m. if his demands are not being met. If at any point he gets too comfortable, he will begin to drool purely out of contentment. His favourite food is bananas. 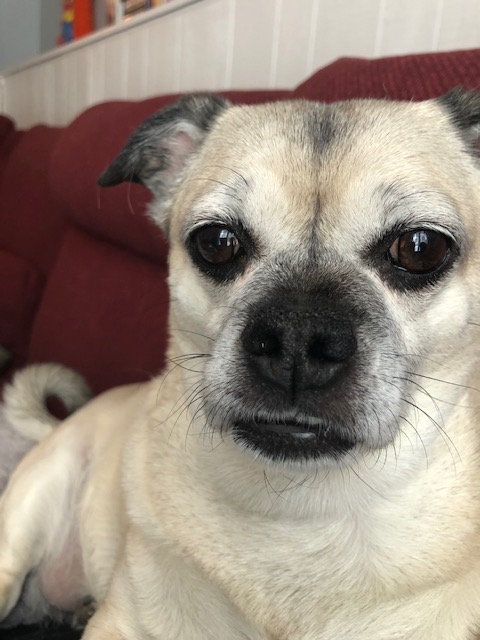 Rosie prefers a relaxed work environment on the couch (same!) but every so often takes loud and obnoxious conference calls with the squirrels in the backyard. She’s a bit of a mooch and seems to prefer everyone else’s lunch to her own. 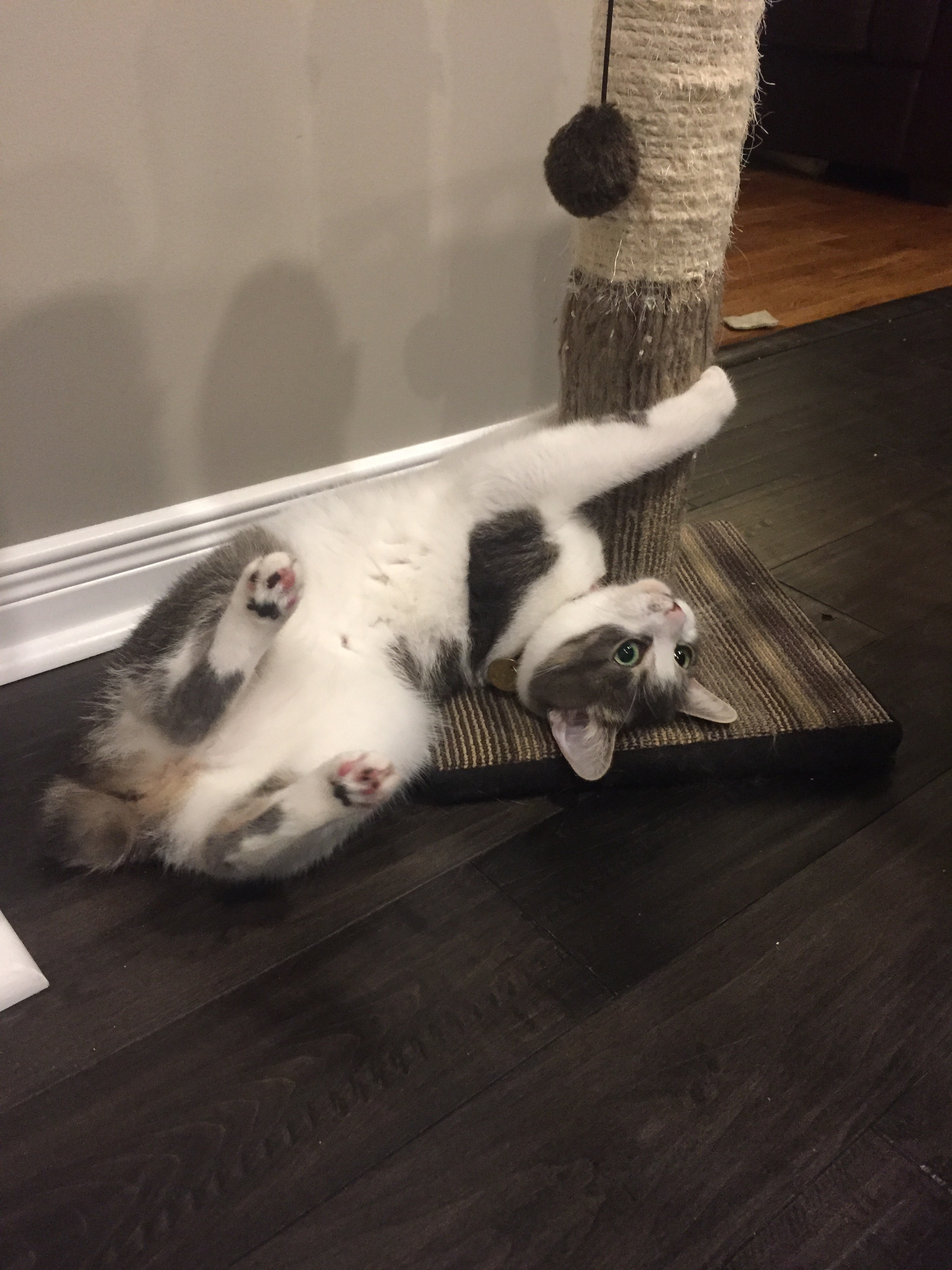 Lydia's been hard at work these last few weeks. Her main tasks throughout the day include eating, sleeping and distracting her coworker with toys and cuddles. 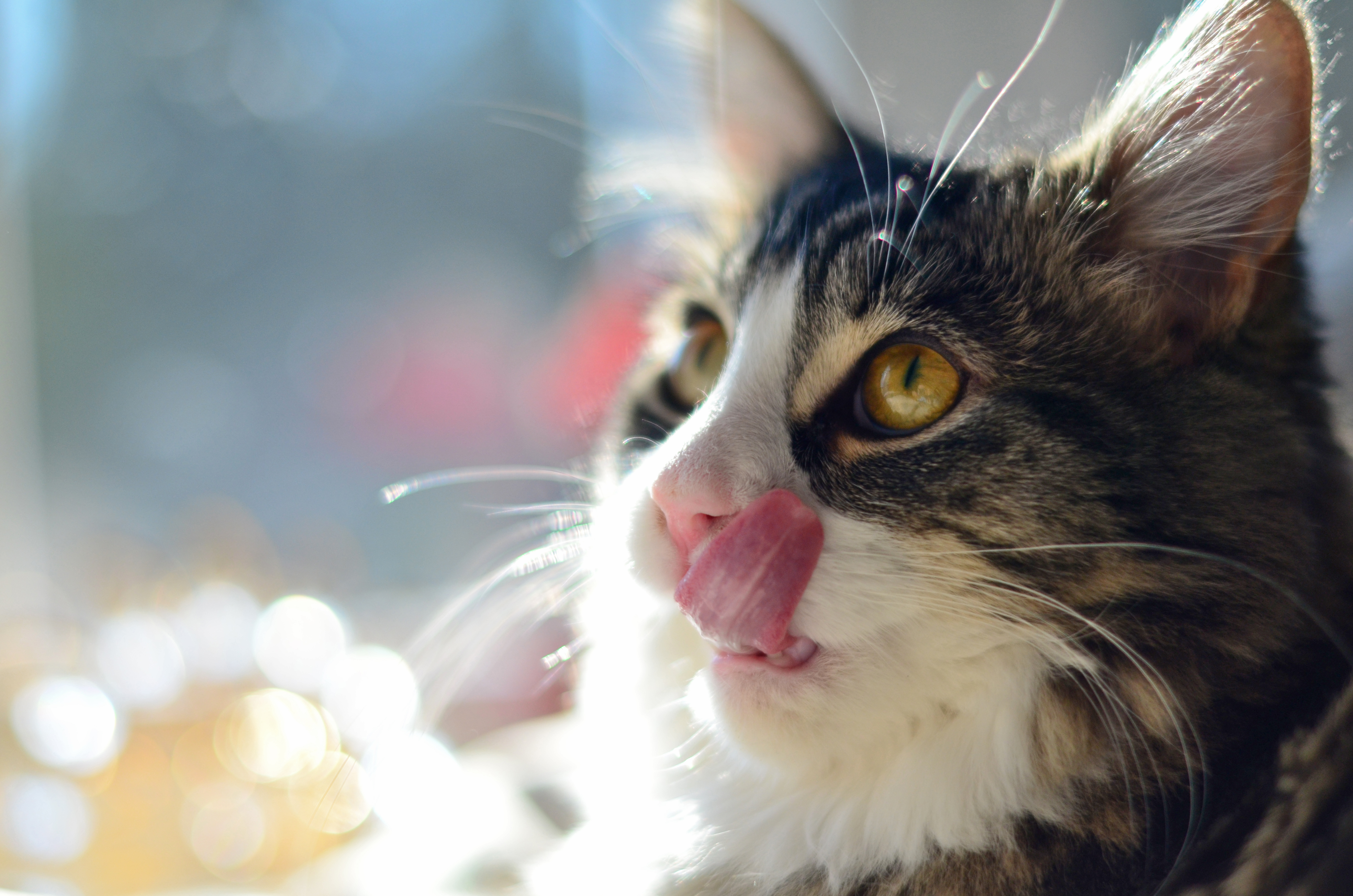 Tosca spends most of the work day on the window seat beside Can Geo Education’s special projects editor, cataloguing birds and squirrels outside the office window and devoting time to strategic naps. She has a bit of a wild side and a dark past, being one of the few survivors of a litter attacked by fishers — so she’s justifiably twitchy. Possibly adopted by raccoons at one point, she growls at strangers and tends to duck out of video conferences. 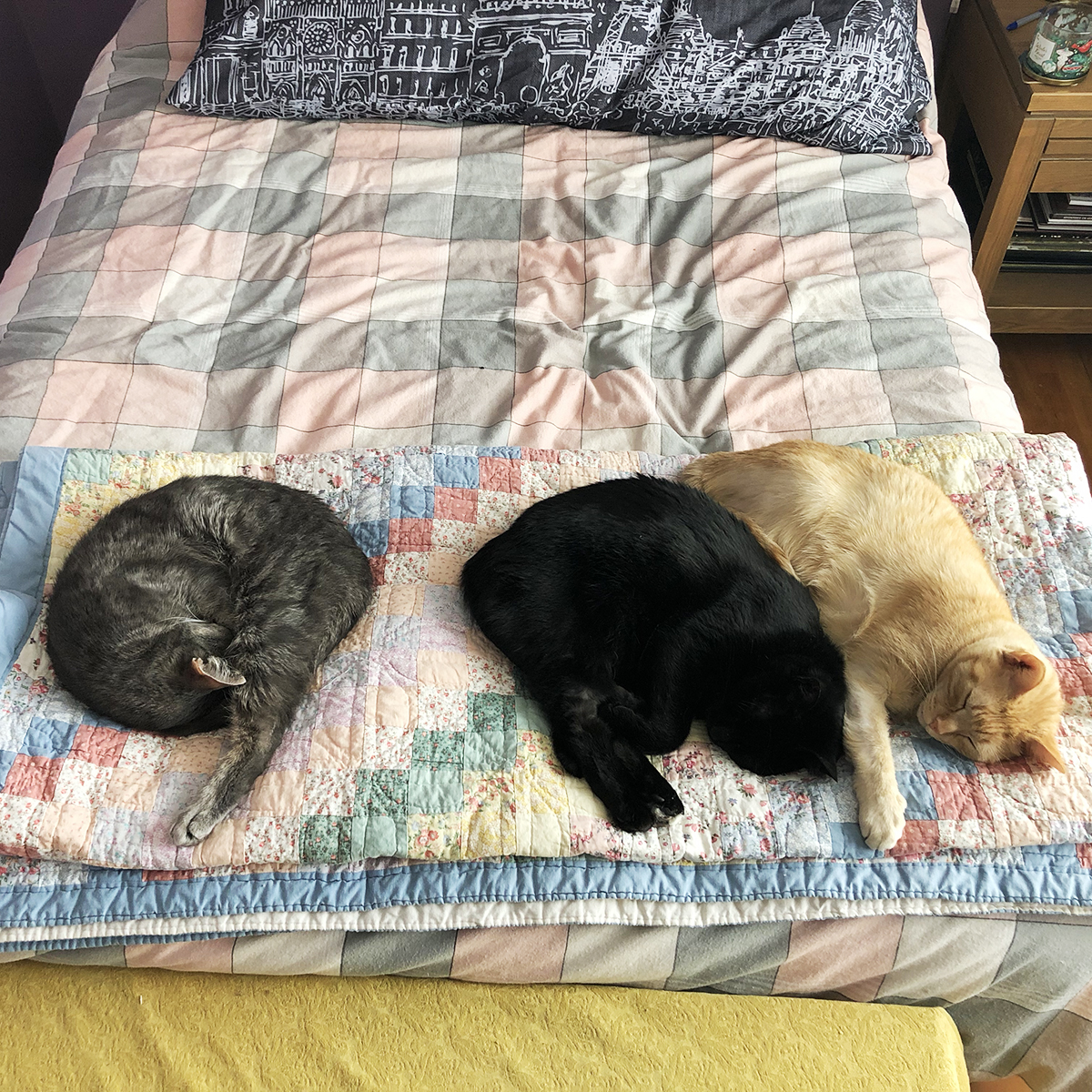 It’s hard work keeping Can Geo’s digital editor on task; it requires a team effort. A typical workday in the lives of Loki, Dagny and Cicero begins at 6:45 a.m. with a series of escalating demands for breakfast. At 8:30, it's up to the office to make sure the laptop keyboard is in good working order. {OJHAE"BOS?Jkcbowuhfpo;cub — yup, looks good. Then, at 9:30, it’s time for Loki’s daily head massage, which just happens to coincide with the editorial team’s morning story meeting on Zoom. It’s a good opportunity for Loki’s human to practice the multi-tasking skills she will need as a new mom in a couple of months. All that strenuous effort calls for a six-hour power nap. 4:00 p.m. always comes too soon, but the garbage can isn’t going to knock itself over, nor the pens scatter themselves around the room. 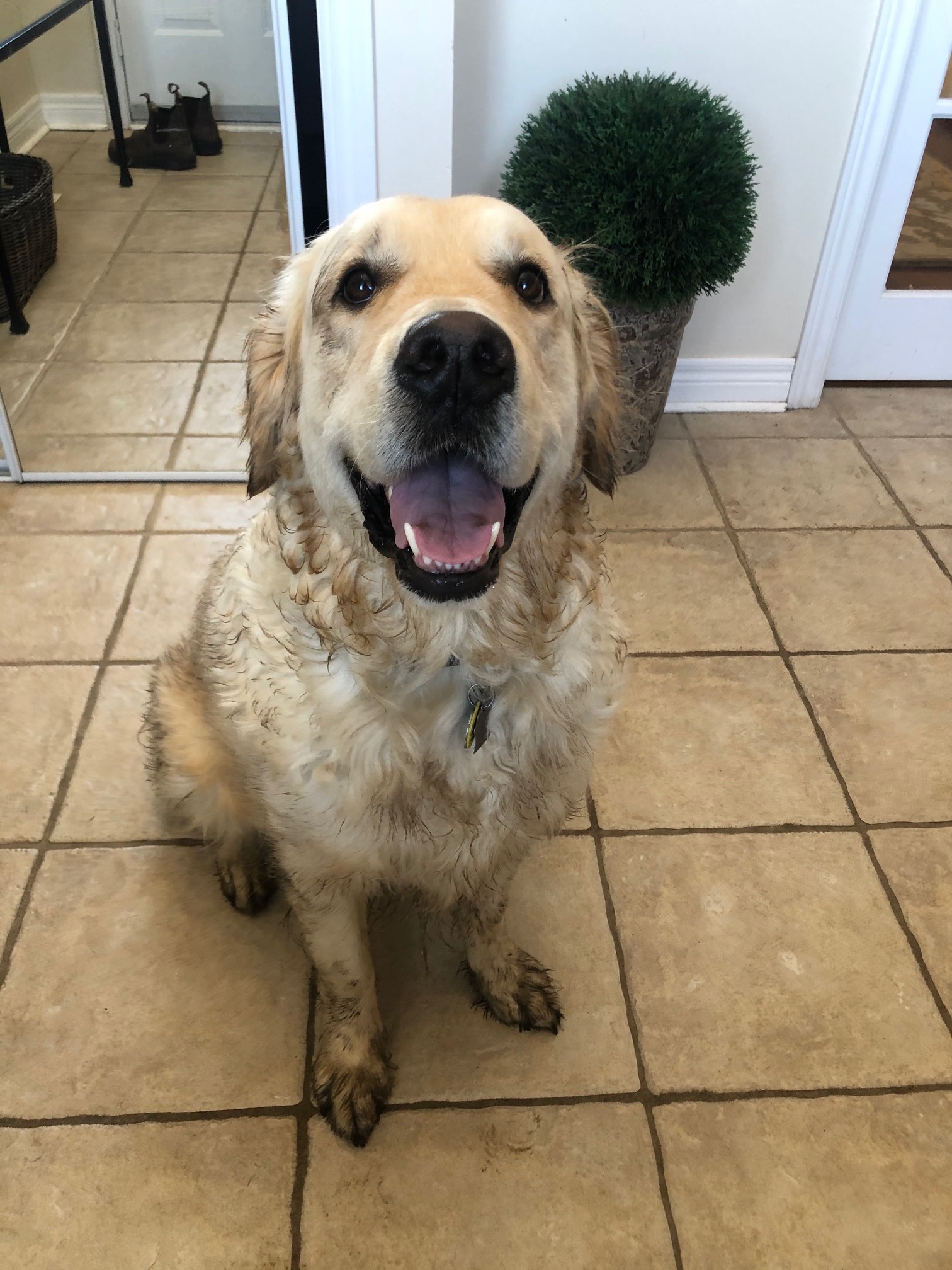 This is almost-three-year-old co-worker Archer, but he usually goes by Archie. His modus operandi around the office is “despite the quarantine (which I love ... more human contact!) I’m still happy but nope, not abiding by the two-metre rule.” 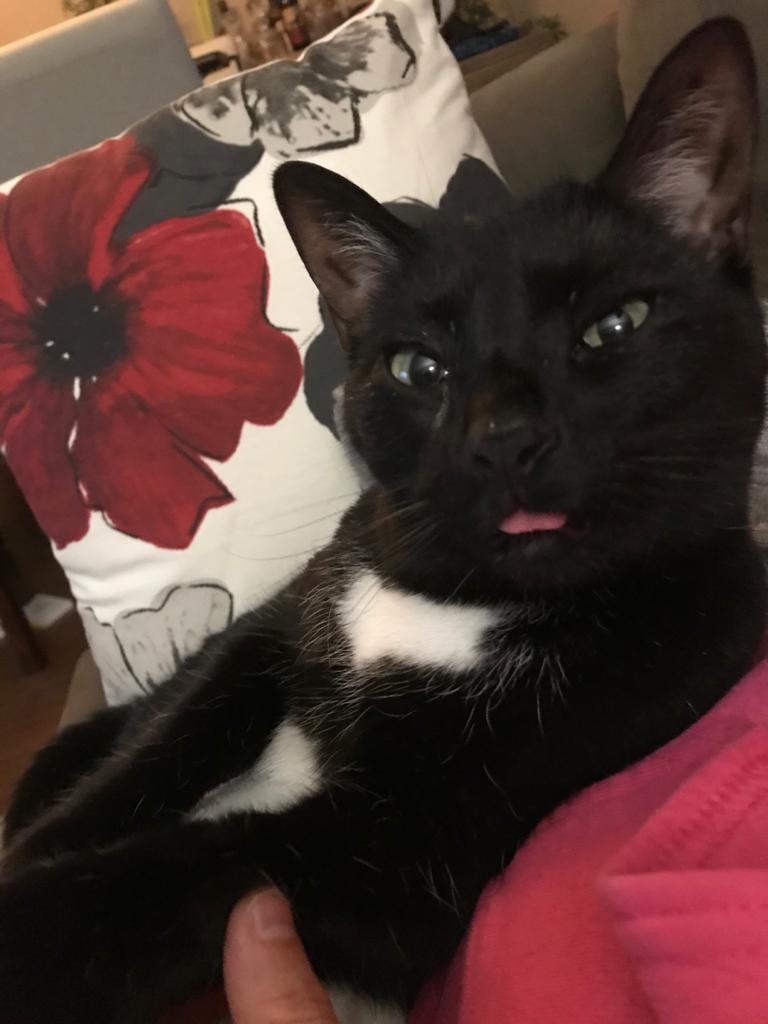 Ruby likes knocking over plant pots, climbing on her co-worker’s keyboard and meowing non-stop for food when there's already food in the dish. 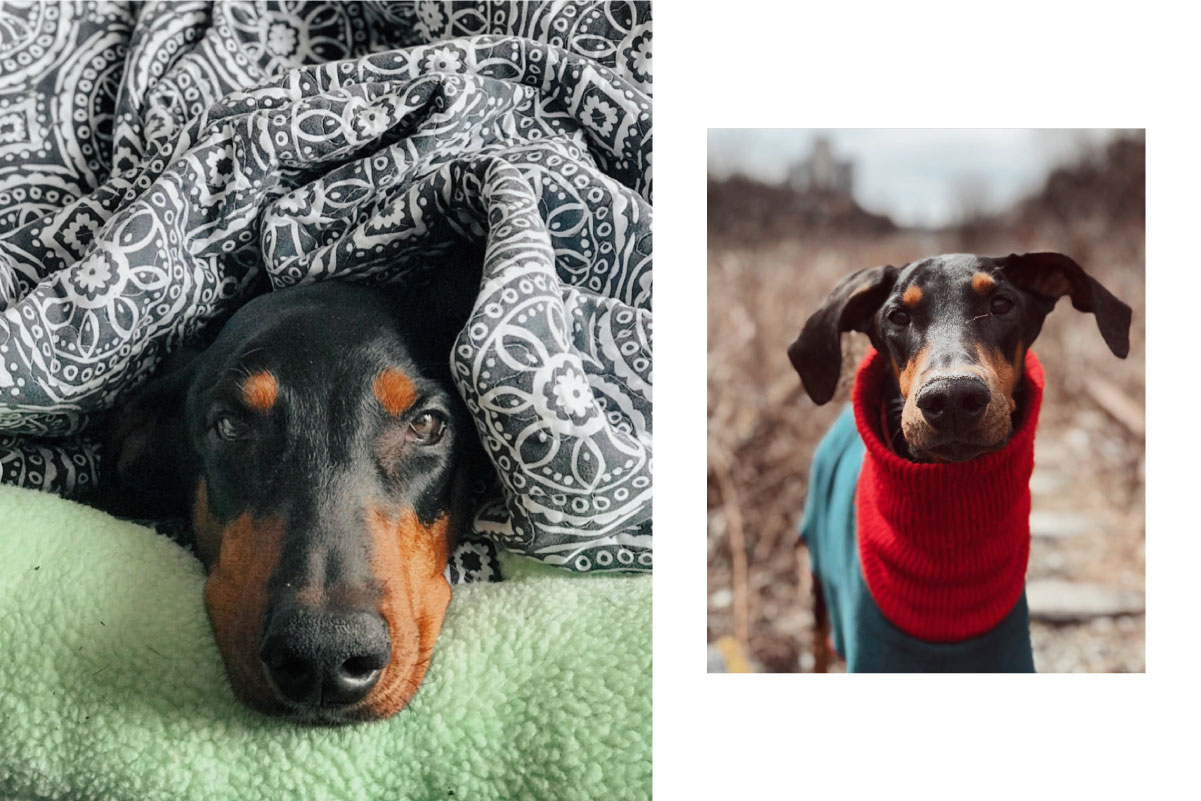 Mischief Elliott is less a dog and more of an odd duck. Or a moose — that’s her nickname. When not burrowing underneath a mess of blankets or dropping a toy in your lap, she’s likely out exploring the Don Valley or begging for treats at the local Wine Rack. She enjoys mid-morning naps, mid-afternoon naps and probably won't touch her food unless you hand-mix some protein in with the kibble. 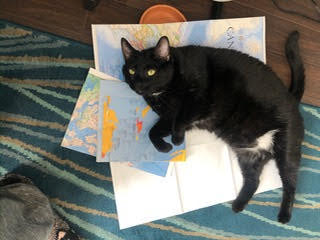 As you can see, Lucy is a big fan of maps and they provide a nice surface on which to roll around. She enjoys head boops and laying on plates of food that are left unattended. 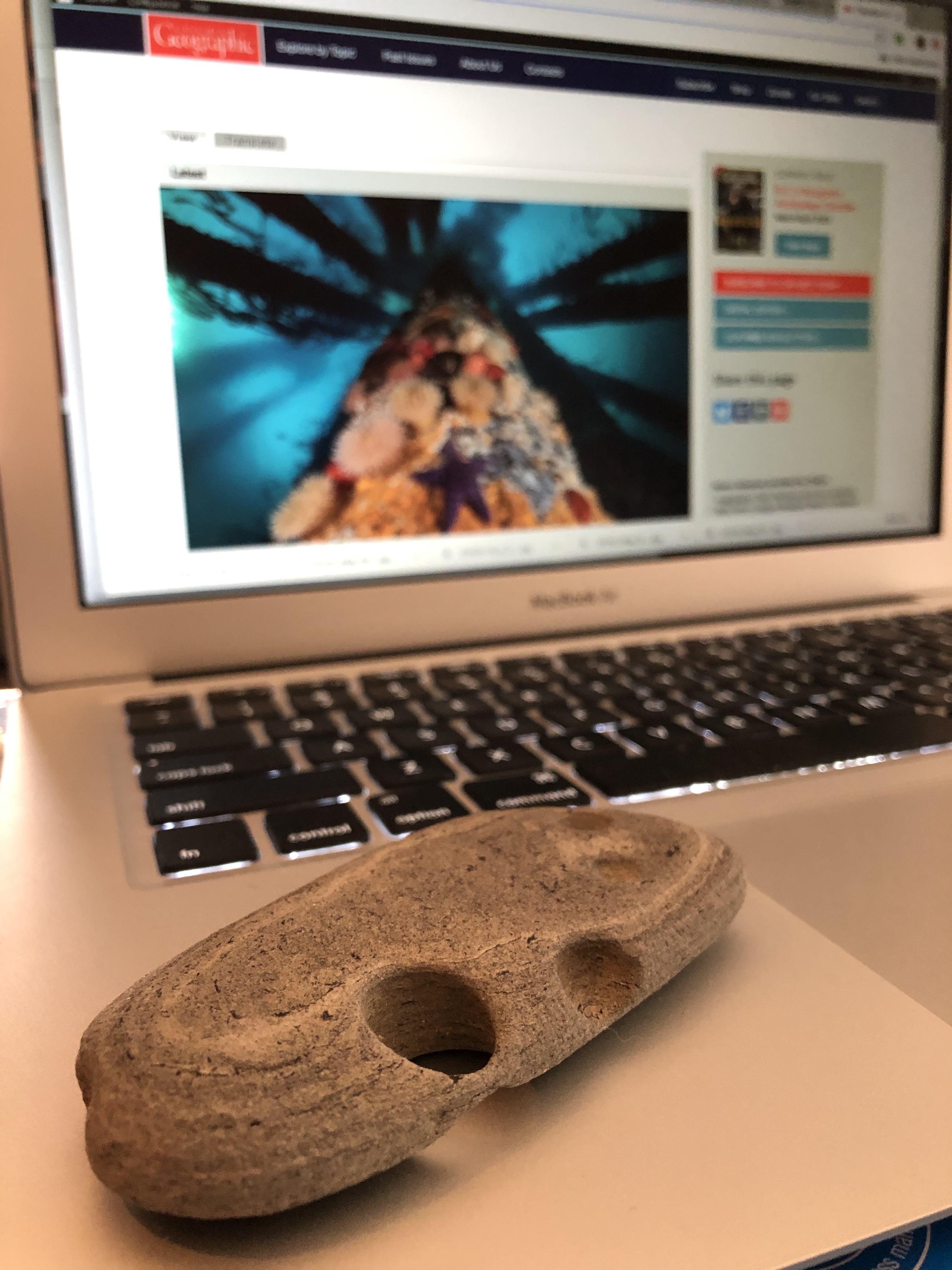 Rocky is a rescue from Prince Edward County, Ont. It’s a hard worker and literally can’t pull itself away from the desk. It particularly loves reviewing Can Geo’s digital and social content (caught here checking out our home page!). It also loves staring contests — it has a stone cold one that’s impossible to beat. 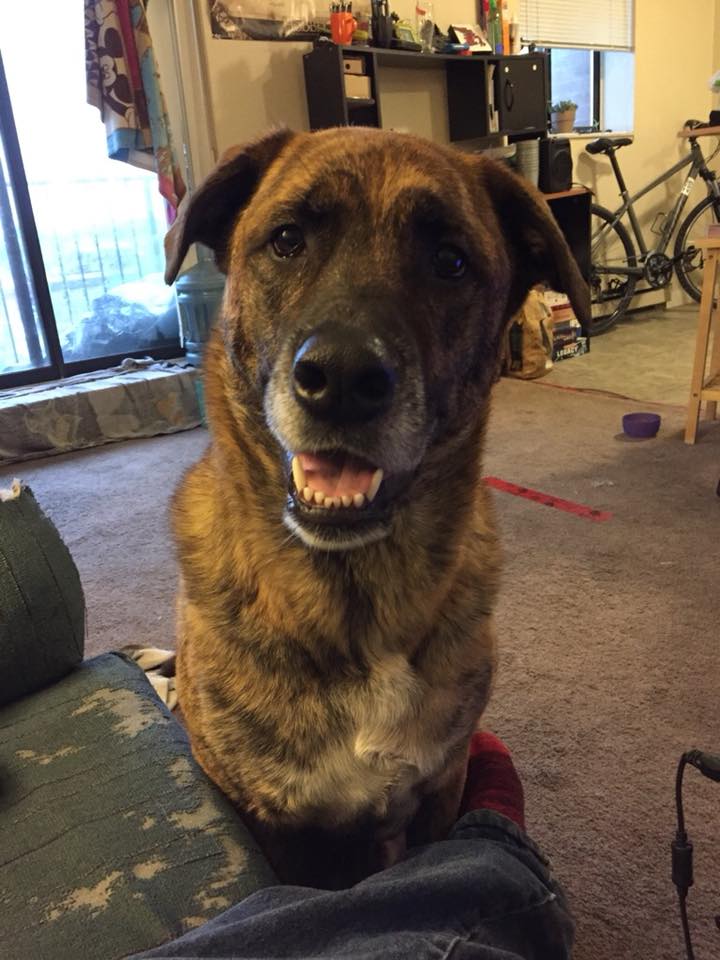 Braxton James enjoys a morning walk as a break from his busy days of supporting the Can Geo social media editor. For lunch he enjoys a piece of cucumber dipped in peanut butter (weird snack, right?) and then usually spends the afternoon napping under his desk. 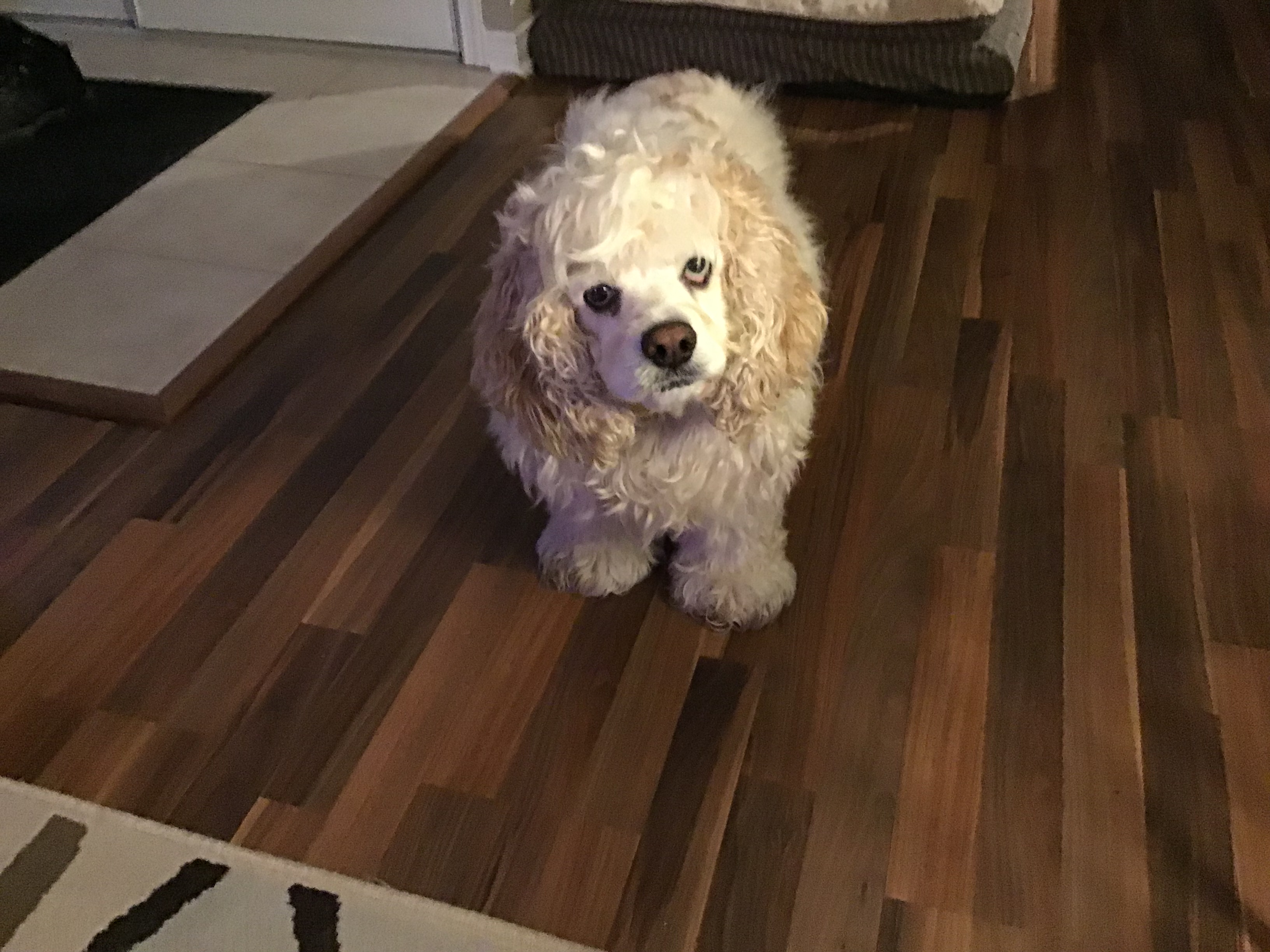 A new supervisor on the team, Daisy watches us closely to make sure we're not slacking off. The only way to get her off our backs is a treat! Then she goes back to her office (a.k.a her bed), where she can be heard snoring during her afternoon nap. 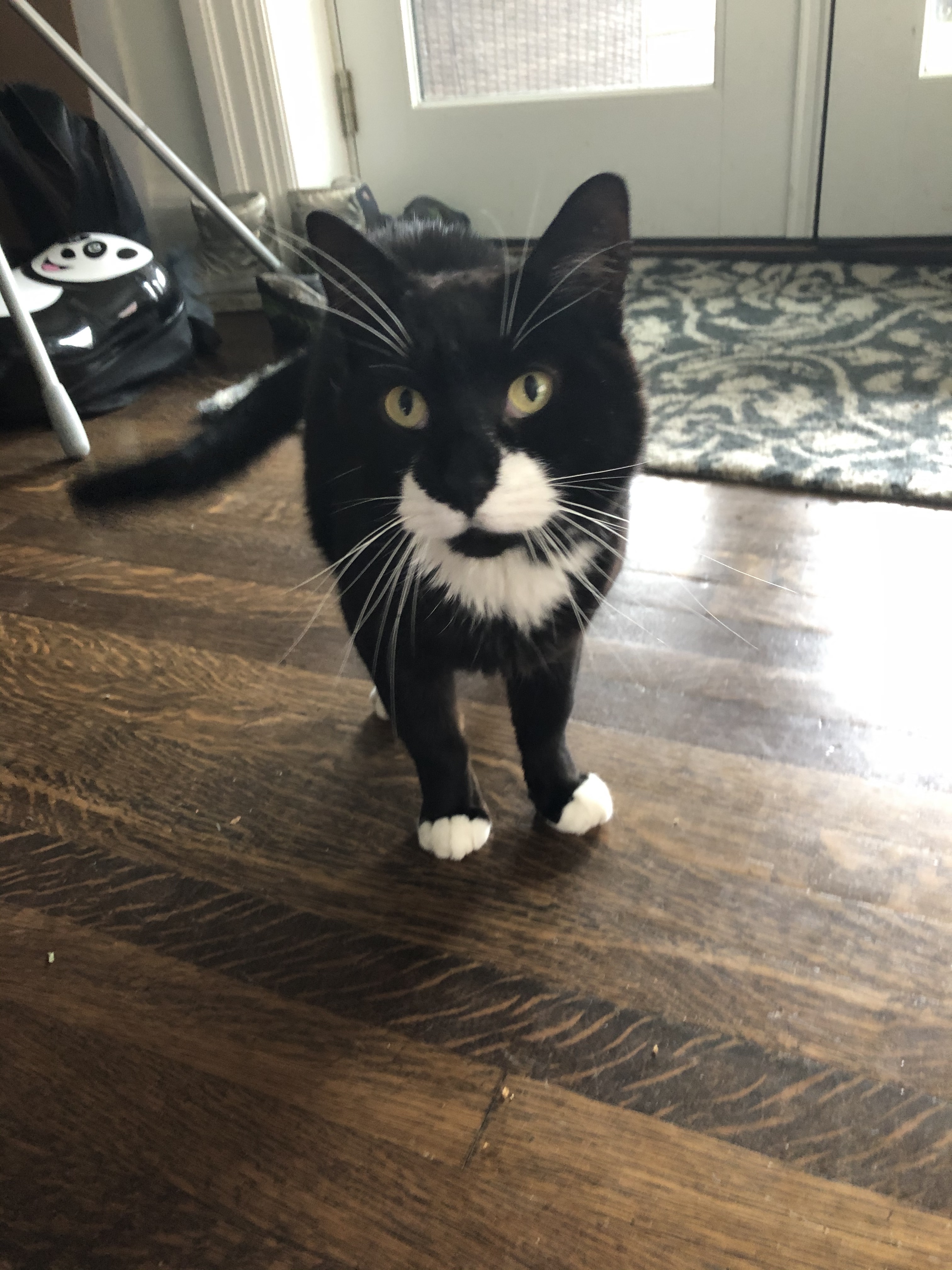 Hercules is a less reliable member of the advancement team. He’s easily distracted by food, birds and squirrels, cool breezes, warm hugs and more. He makes up for his lack of work ethic with his good looks and charm. 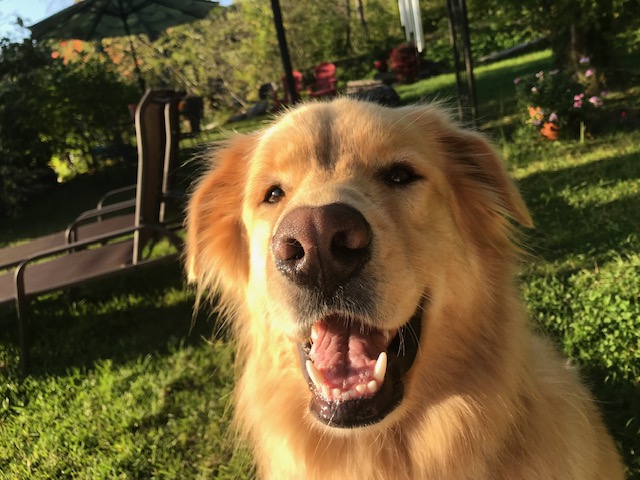 A mix of border collie, husky and golden retriever, Walter is known as the “cool dog” in the ‘hood. He’s very social and way too smart for his own good. Walter employs a strong hunger to play and spends his days chasing deer, squirrels and tiring out just about any dog he can engage with. When people ask him about his background, we usually say he's a “Walteaser” ... it’s amazing how many people fall for it! 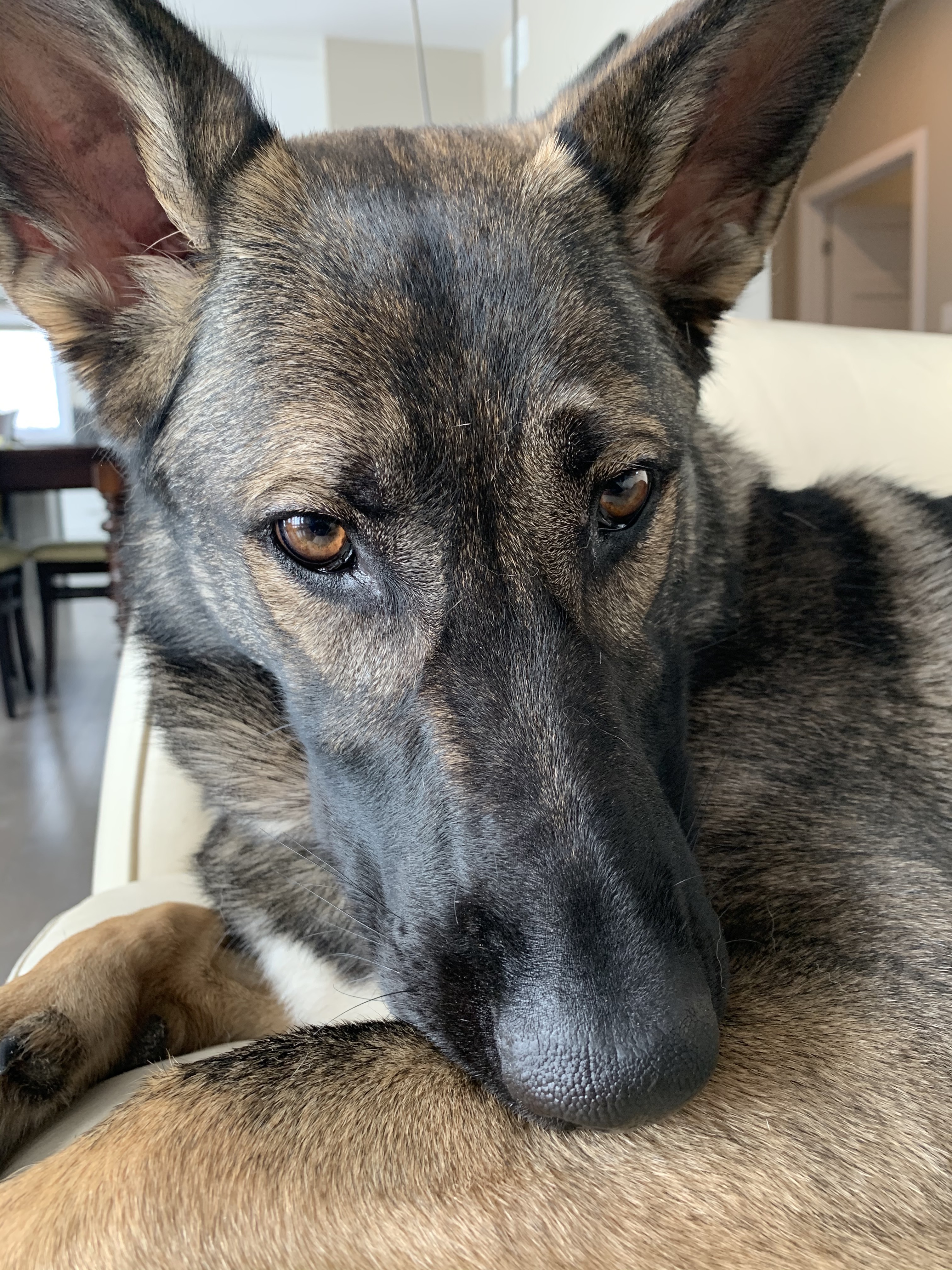 Blix is a sweet and loving girl who is fond of long walks, sticks, squirrels, birds, balls and frisbees. She’s very happy that mom and dad are home so much lately! 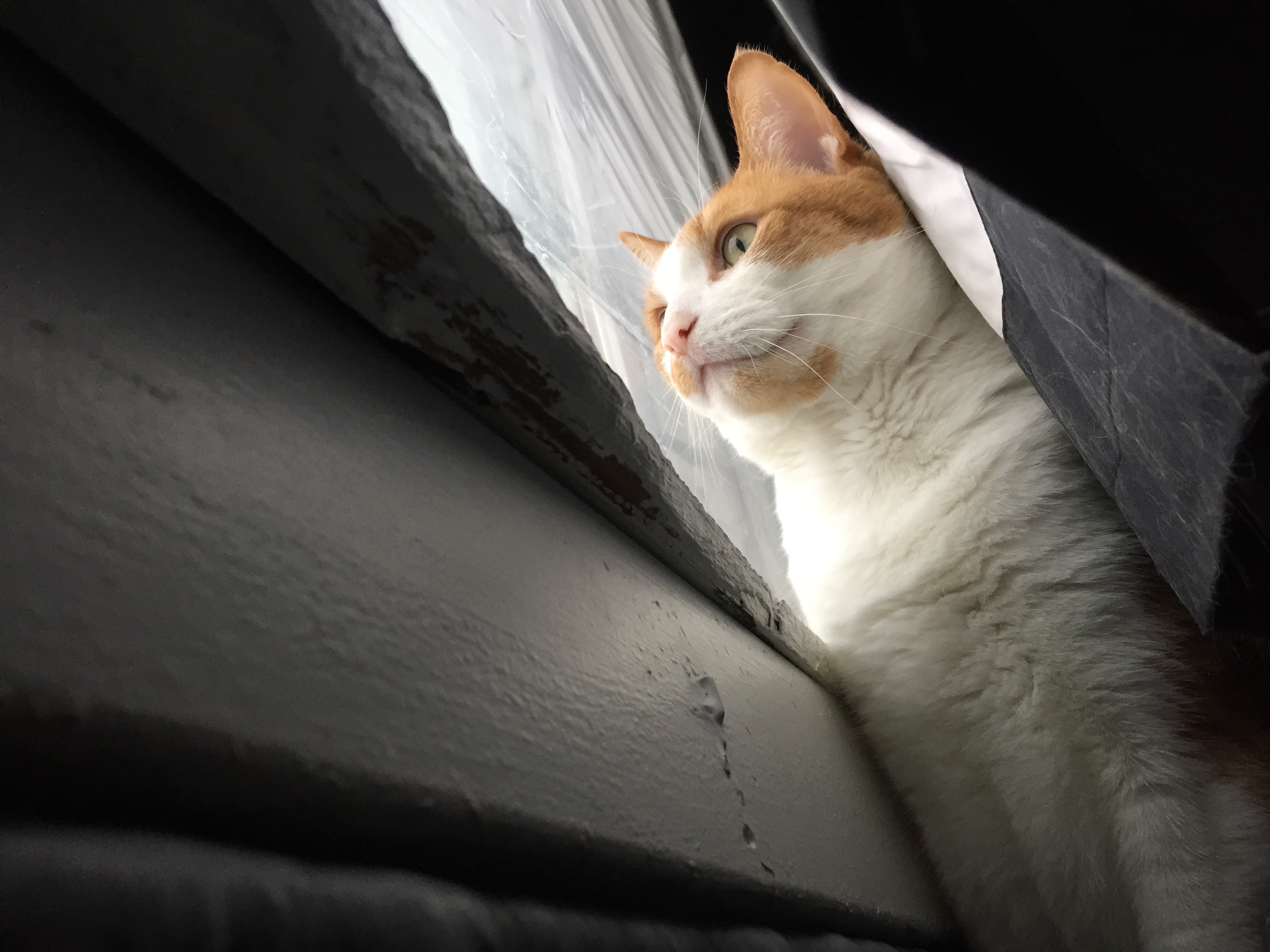 Often found napping in a sunbeam, Samwise starts the day around 4:30 a.m. by begging for breakfast. This sets off his brothers (Braxton and Franklin) and means no one ever really gets a good night’s sleep. He spends the work day alternating between napping, standing directly in front of the monitor and clawing the desk chair. 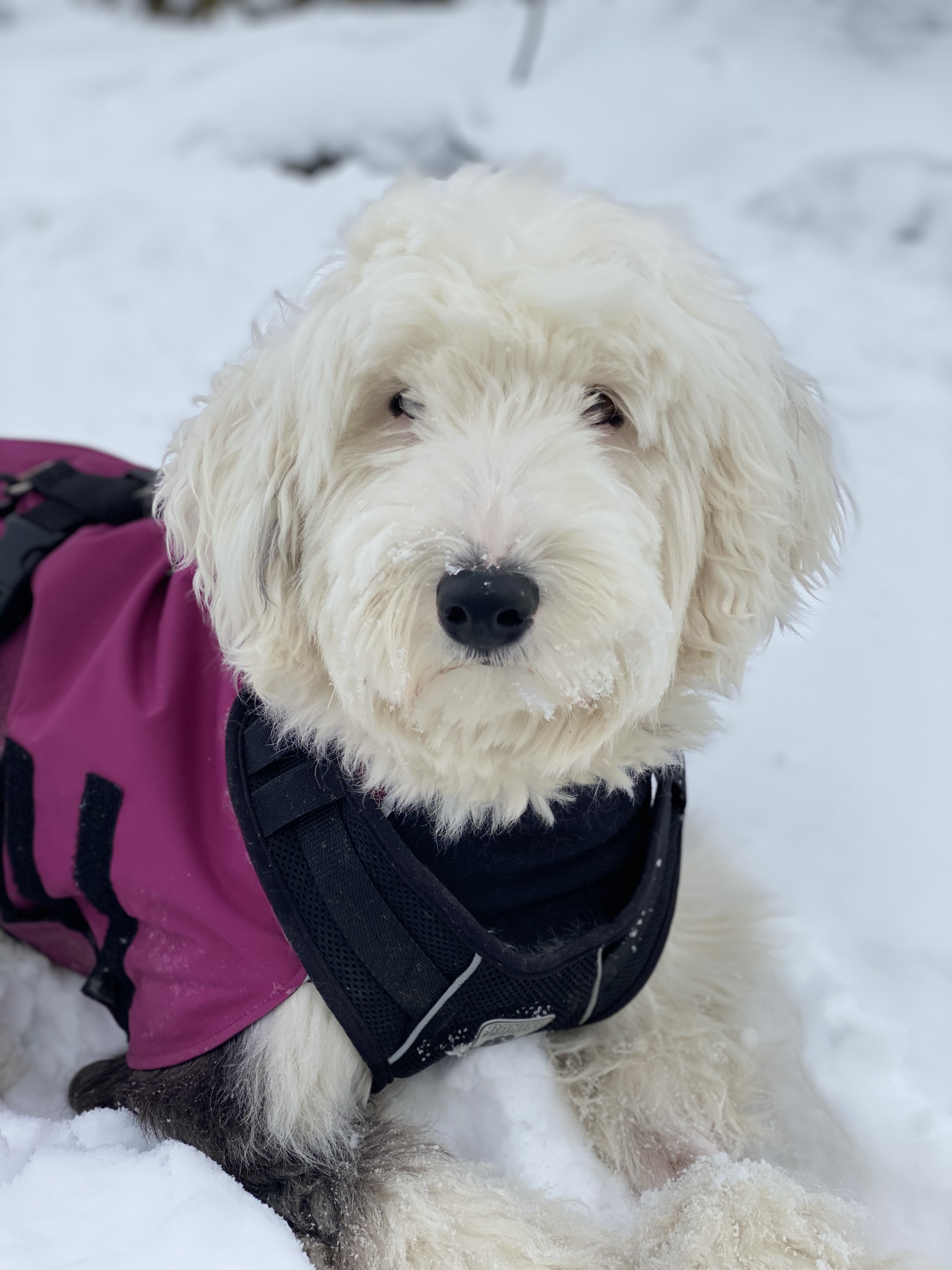 Georgia is an English sheepdog found roaming the streets of Mexico last summer. She now resides in Toronto and is trying to figure out her place in the world. As such she is firmly dedicated to the work of the Society and is doing her part as an ambassador to raise awareness and lots of pats in support of geographic literacy. 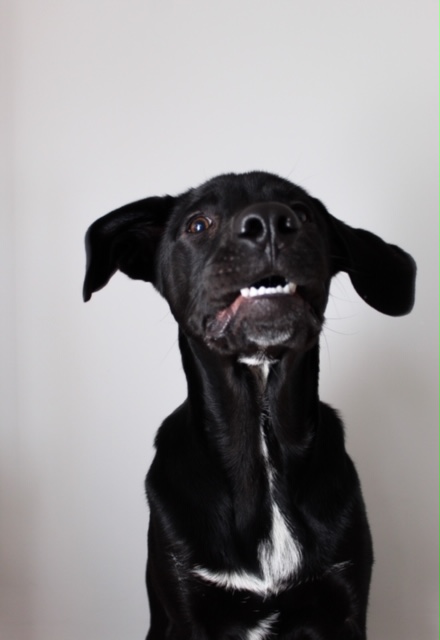 Wilson is a six-month-old Boxadar named after the volleyball in Castaway — because every dog should have a name you can yell. Wilson is a very social coworker who loves belly rubs, treats and a good game of boop. He’s proven to be a distraction at meetings and is no longer invited to virtual lunches because he spends the whole time trying to figure out how to steal sandwiches. 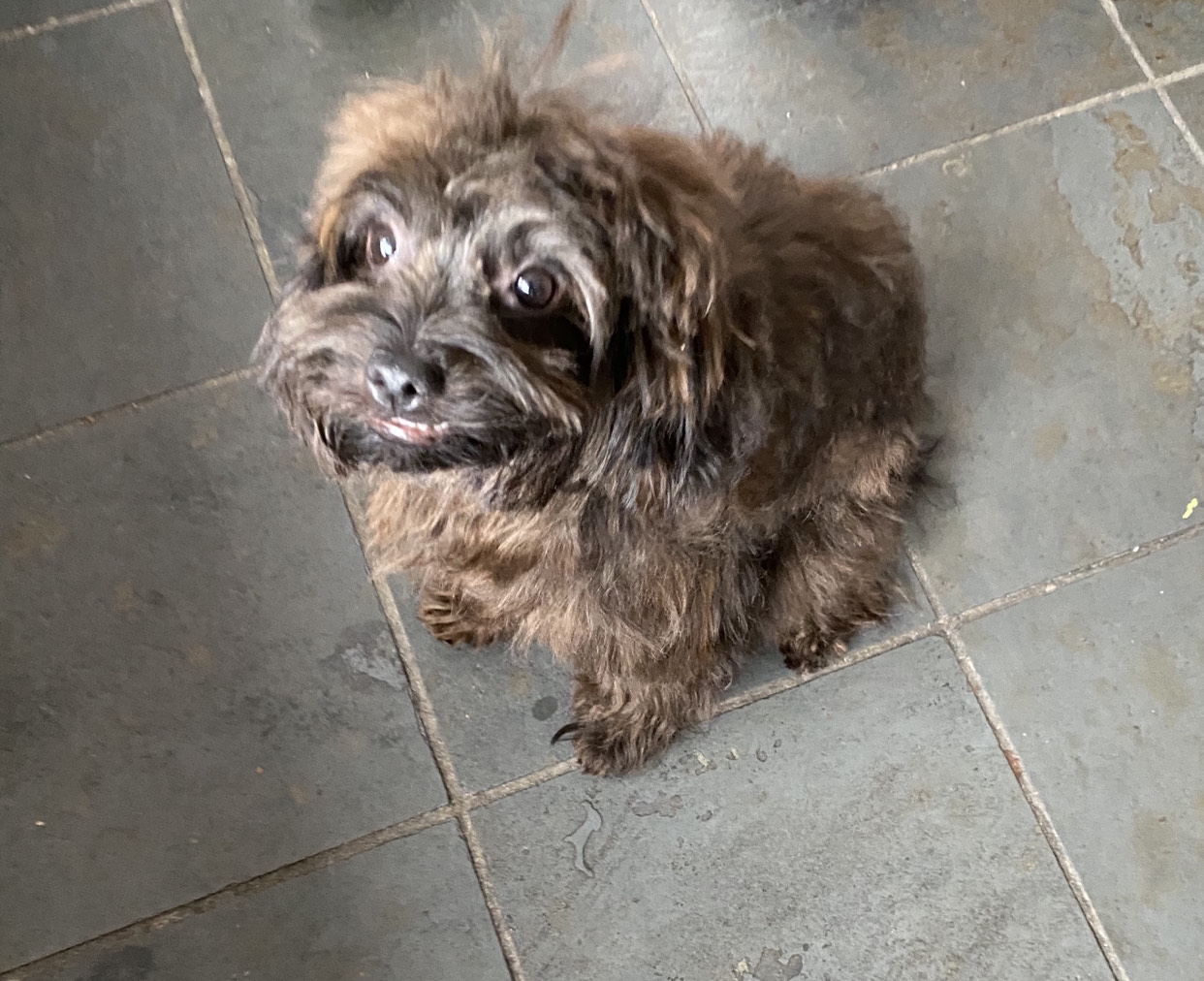 Buster (she/her) spends 30 minutes a day hunting wildebeest, gazelles and other prey in the garden. Then she comes in and spends the rest of the day barking for treats, running around with socks in her mouth, looking adorable (as shown) or sleeping. 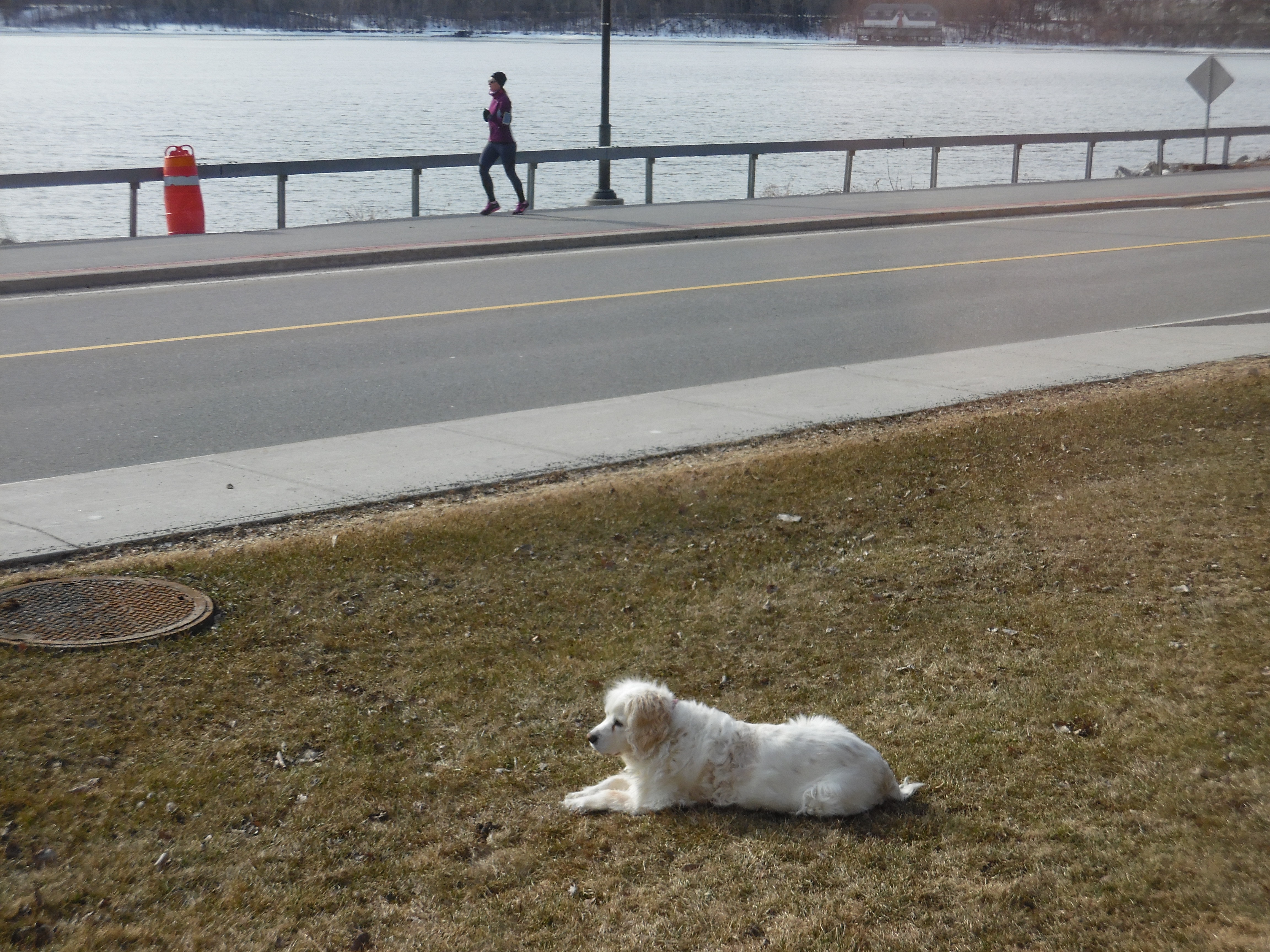 Cody has come out of retirement at 13 years old to do security. Cody makes sure no one comes close to the premises, protecting us from COVID-19. What a great coworker! 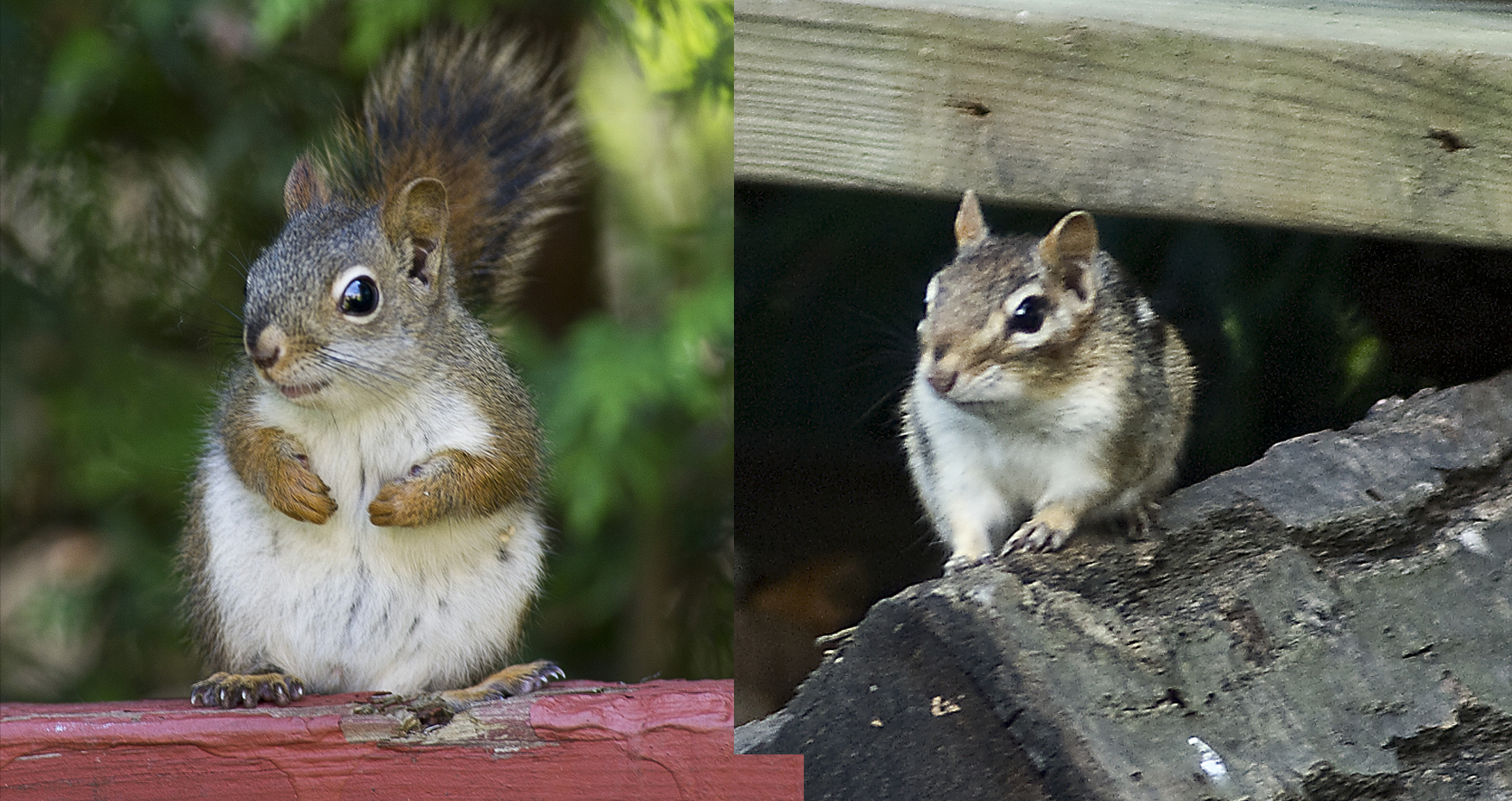 What Scourge and Menace bring to the team is a combination of pleasure and frustration. Keeping some garden plants from being demolished takes some discouragement, but we plant things for both them and us, which seems to work. Their cuteness, antics and interactions with other wildlife in the yard provide excellent breaktime entertainment. 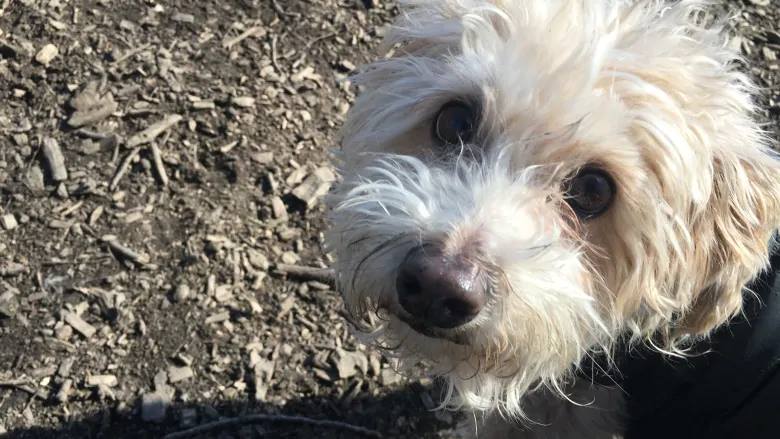 Franklin James Haggert III (he’s a distinguished man) spends most of his day napping. At 10 years old, he’s really over the whole “work day” thing but is happy to have company for belly rubs and head pats on demand. His favourite part of the day is breakfast, including stealing his brother Braxton’s breakfast when no one is looking. 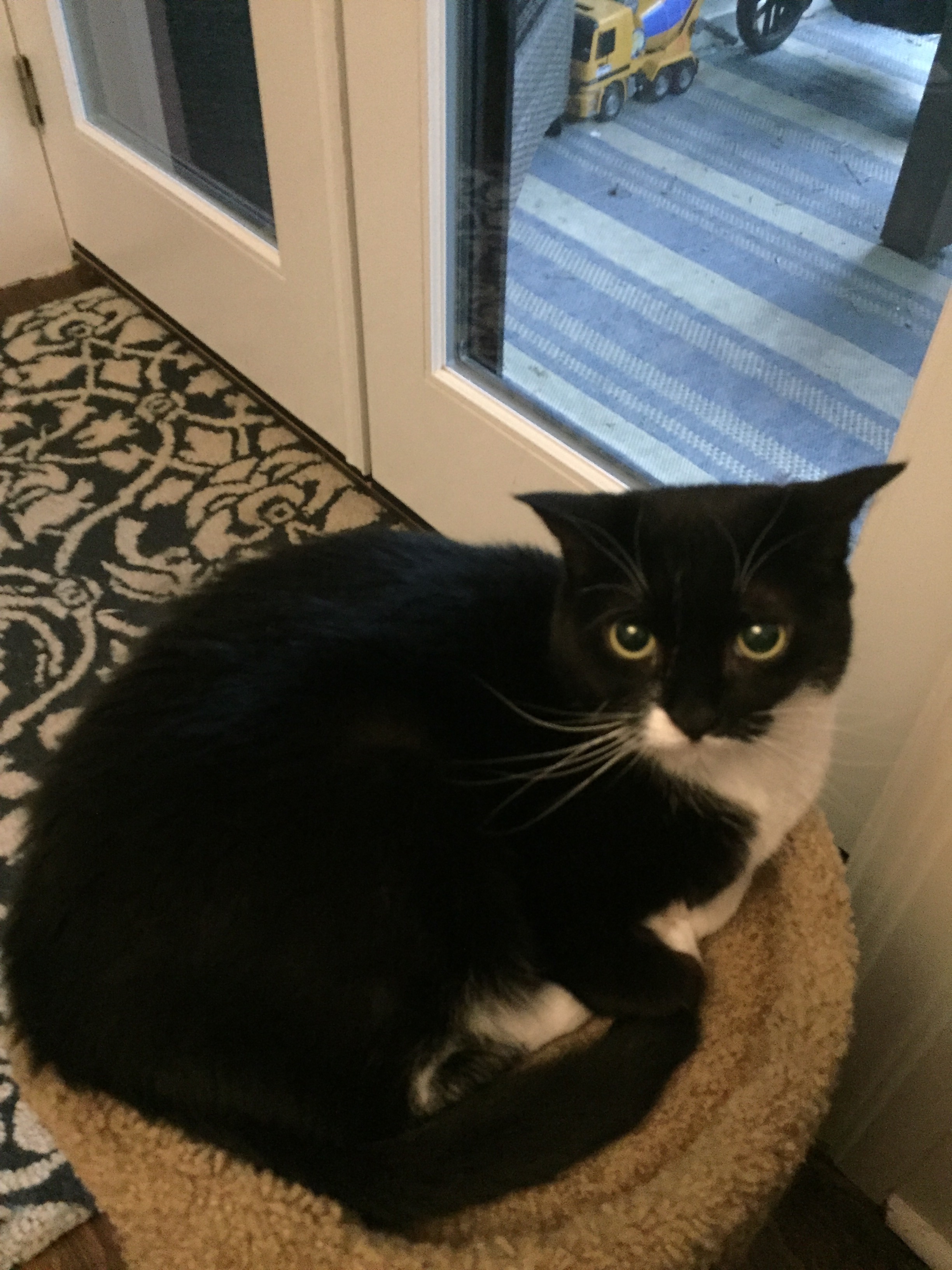 This is Tippy Toes taking a rare break from work. Normally you’ll find her busy on the keyboard, giving out soothing head massages or cleaning up the milk from a cereal bowl or coffee mug. She’s an invaluable asset to the work from home team.

Snoopy and Filoup (and Georgie) 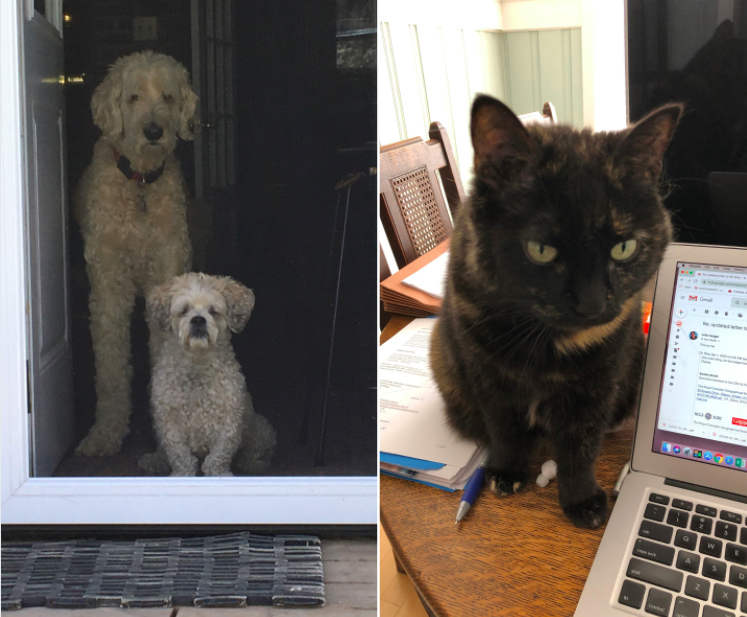 Snoopy (small dog, a.k.a the Prince) is currently on sabbatical with his buddy, Filoup, in Wakefield, Que. His routine hasn't changed: up at 5:30 a.m. for his morning constitutional, breakfast, and then on and off napping throughout the day in between bouts of barking at anything that moves. Or, he doesn't move until it's time to head out again for his evening walk. He is dearly missed by his best pal in Chelsea, Georgie, who has suddenly decided she has a new best friend.