Images of 20th-century Canada from the country's most prolific photographer

George Hunter made it his lifelong mission to show Canadians their country. Now, his iconic images have been compiled into a book.
By Alexandra Pope
October 10, 2017

Photographer George Hunter made it his lifelong mission "to show Canadians, and the world, a little of our country" — and he did, criss-crossing the nation more than 100 times over seven decades in pursuit of images of everyday Canadian life. His photographs appeared in newspapers, magazines, textbooks and atlases, on Canadian currency and postage stamps, and one is even travelling through the solar system in a time capsule aboard the NASA probe Voyager 2. Yet Hunter himself has remained relatively unknown to Canadians.

A new book, published today by Firefly Books in conjunction with the National Film Board of Canada and the Canadian Heritage Photography Foundation, aims to change that.

George Hunter's Canada compiles into book form, for the first time, more than 100 of Hunter's images, and introduces the man whose job for more than 70 years was to document Canadian progress. Born in Regina in 1921, Hunter took up photography as a teenager. He sold his first photograph (of King George's procession through the streets of Winnipeg) at age 18, and soon found full-time work as a photographer with the Winnipeg Tribune and later, the National Film Board. In 1950, he turned to freelance work as a commercial photographer-for-hire. Most of his assignments were for government or corporate clients "who wanted to showcase a young country maturing into an industrial force," writes the NFB's Nicholas Klassen in the book's introduction. But Hunter "never let the specifics of his assignments restrict the scope of his photo shoots — every assignment was an opportunity to document Canada." As a result, his body of work spans every conceivable genre and subject matter, from intimate portraits in family living rooms to iconic Canadian landscapes captured from the air (Hunter was also a pilot and pioneered new techniques in long-exposure aerial photography).

His anonymity is partly explained by his humility, but in the later years of his life, Hunter also worked to combat what he perceived as a lack of appreciation for the art of photography in Canada. In 2001, he founded the Canadian Heritage Photography Foundation to digitize, restore and preserve his own work and that of other photographers, and pushed successfully to have his images included in the permanent collections of public museums and art galleries across the country.

"A country without appreciation of its heritage is not a country," he once said. "The more [Canadians] see something of Canada's grandeur and diversity of its people, the more they will appreciate it. I will not rest a minute until my mission is accomplished."

True to his word, he was preparing for an exhibition at the RCMP Heritage Centre in his hometown of Regina when he died in 2013 at the age of 92.

Below is a small selection of Hunter's work. 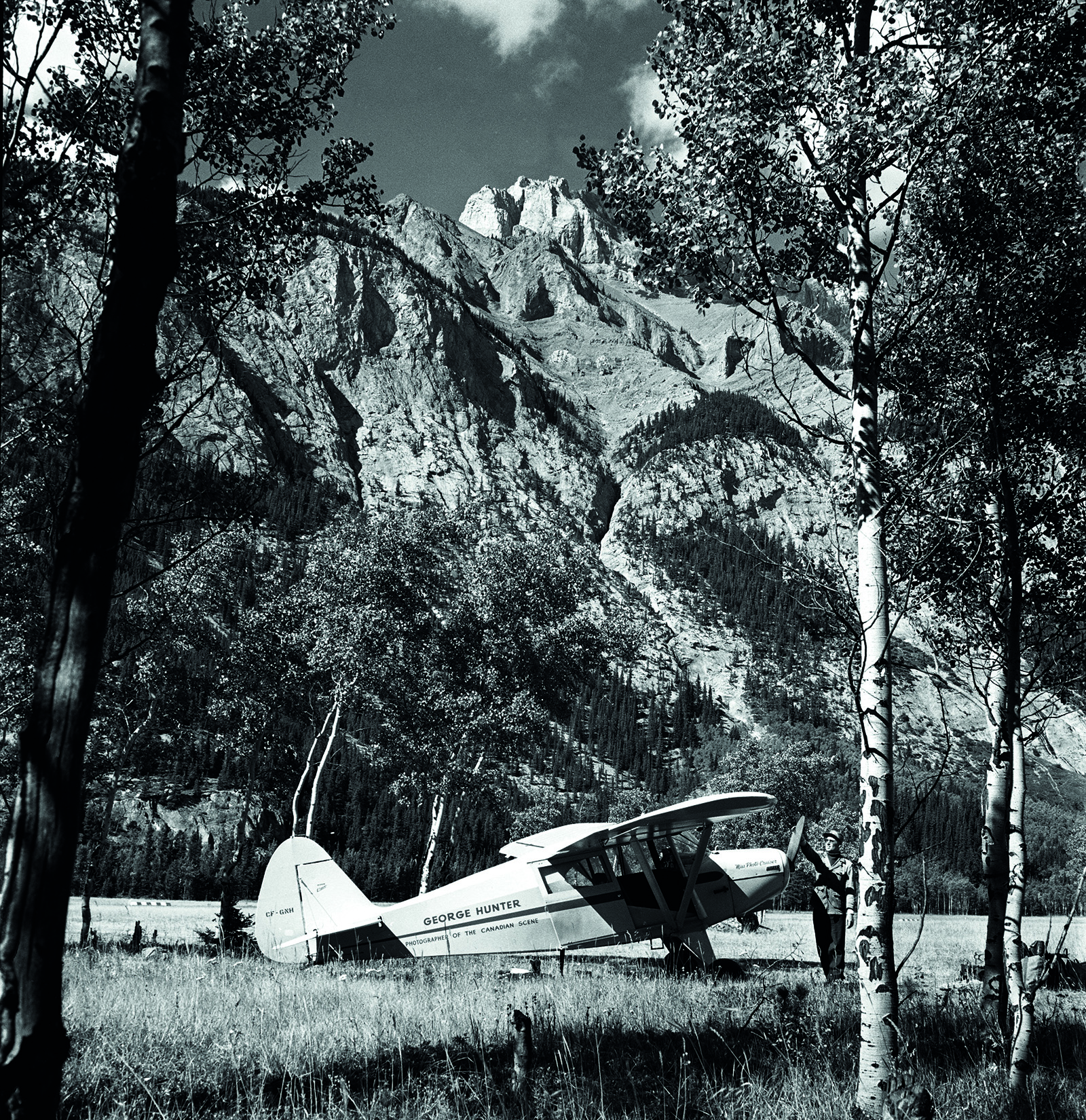 Hunter with his plane in an unknown area of the Yukon. He liked to tell the story of the time he was thrown out of a plane while shooting over Edmonton. He miraculously managed to grab onto the struts under the wing and kept his grip on his camera, and once back in the plane, carried on with the shoot. (Photo courtesy Firefly Books, Canadian Heritage Photography Foundation) 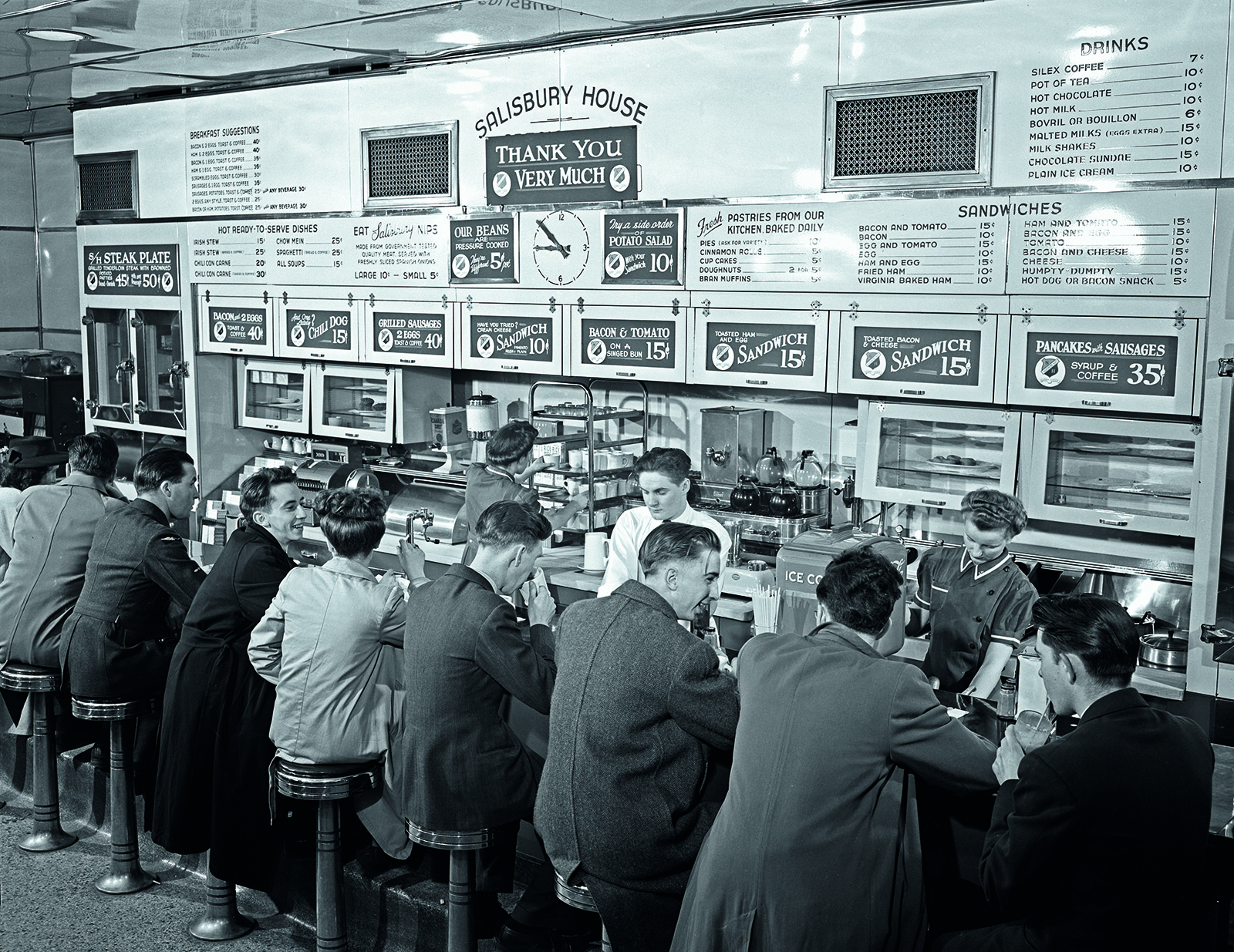 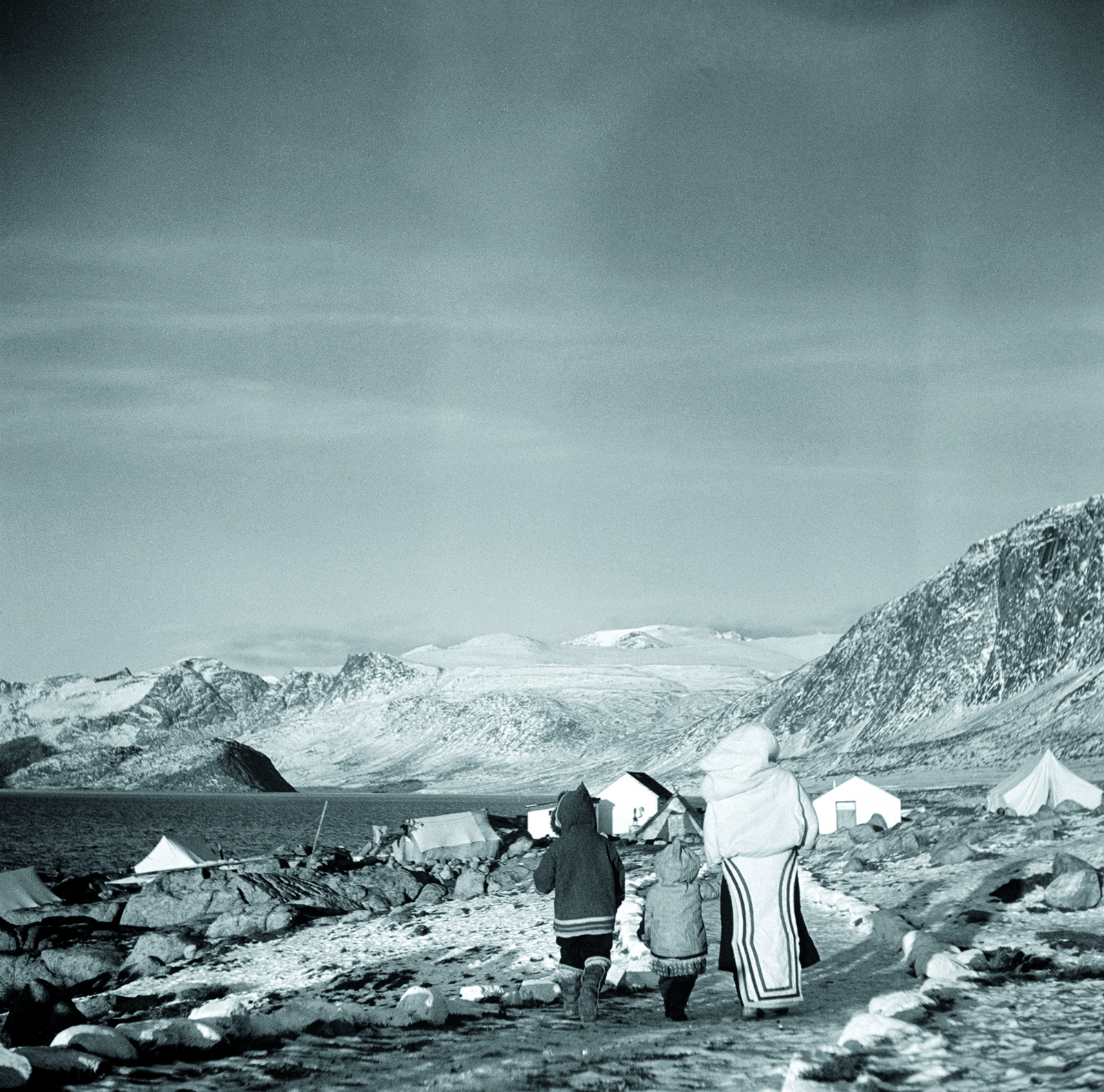 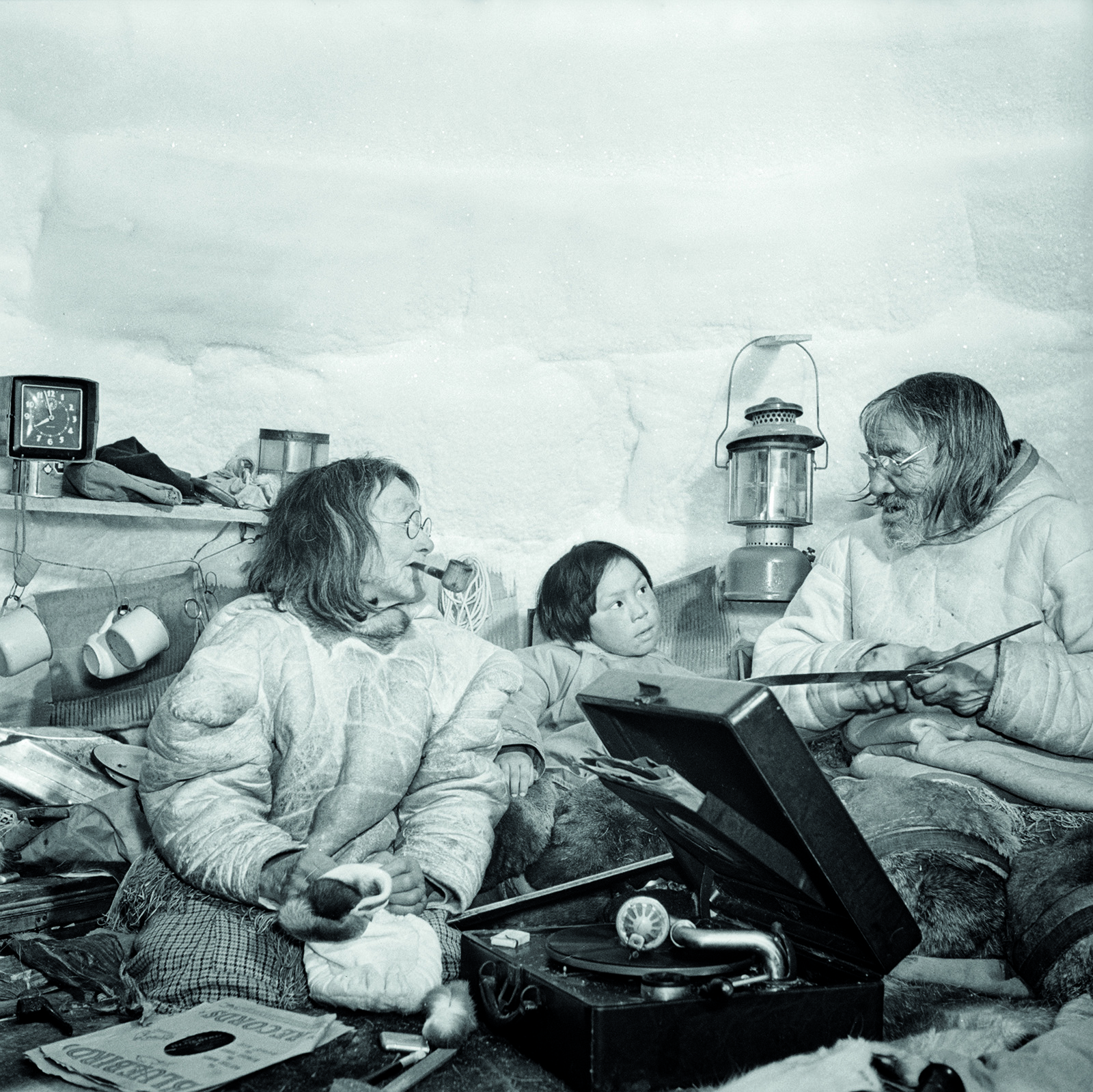 Kangirjuaq sharpens a knife while his wife, Niviaqsarjuk, makes caribou footwear and their grandson, Ikkat, listens to music in Qamani'tuaq, Nunavut, 1946. 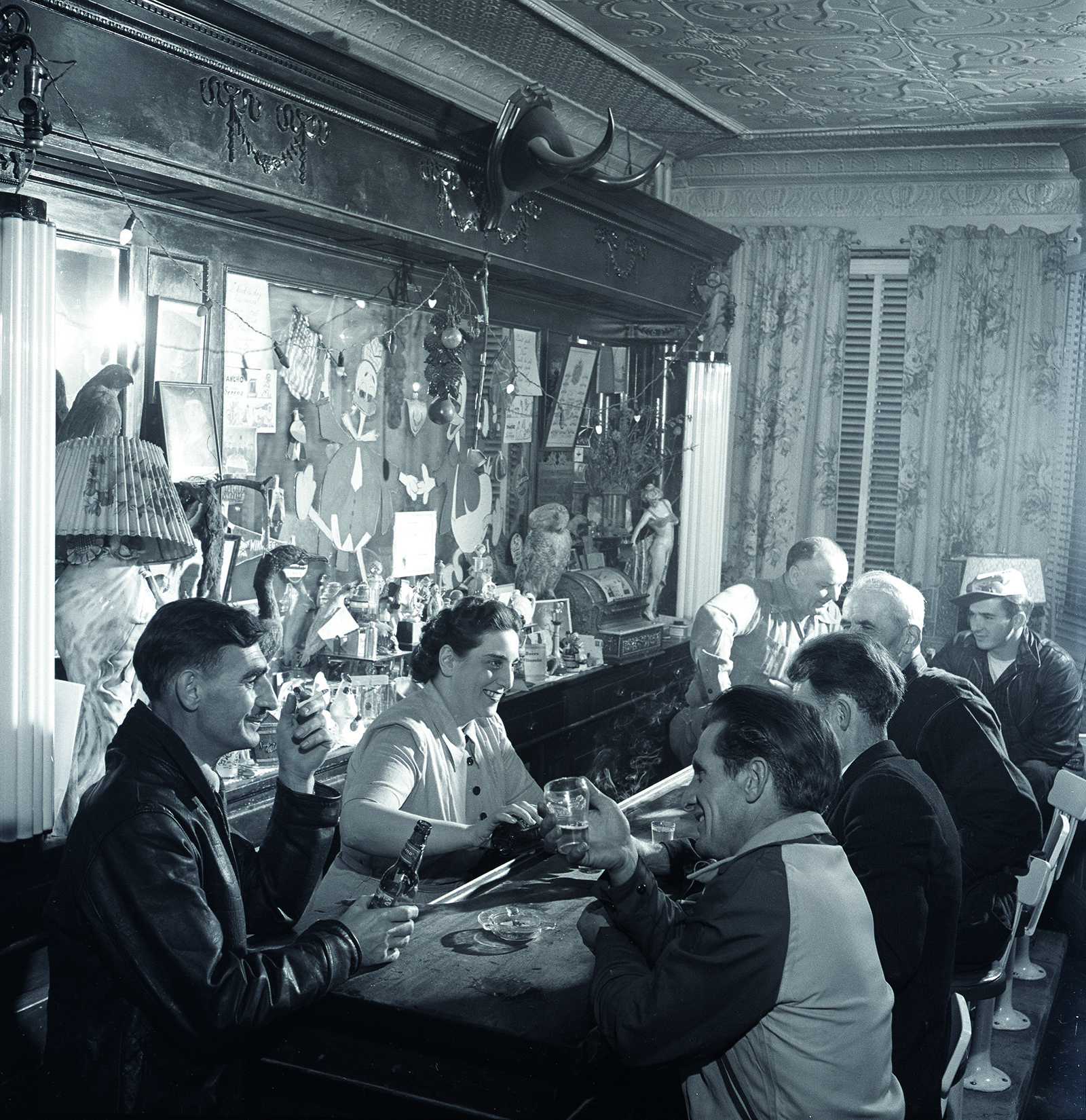 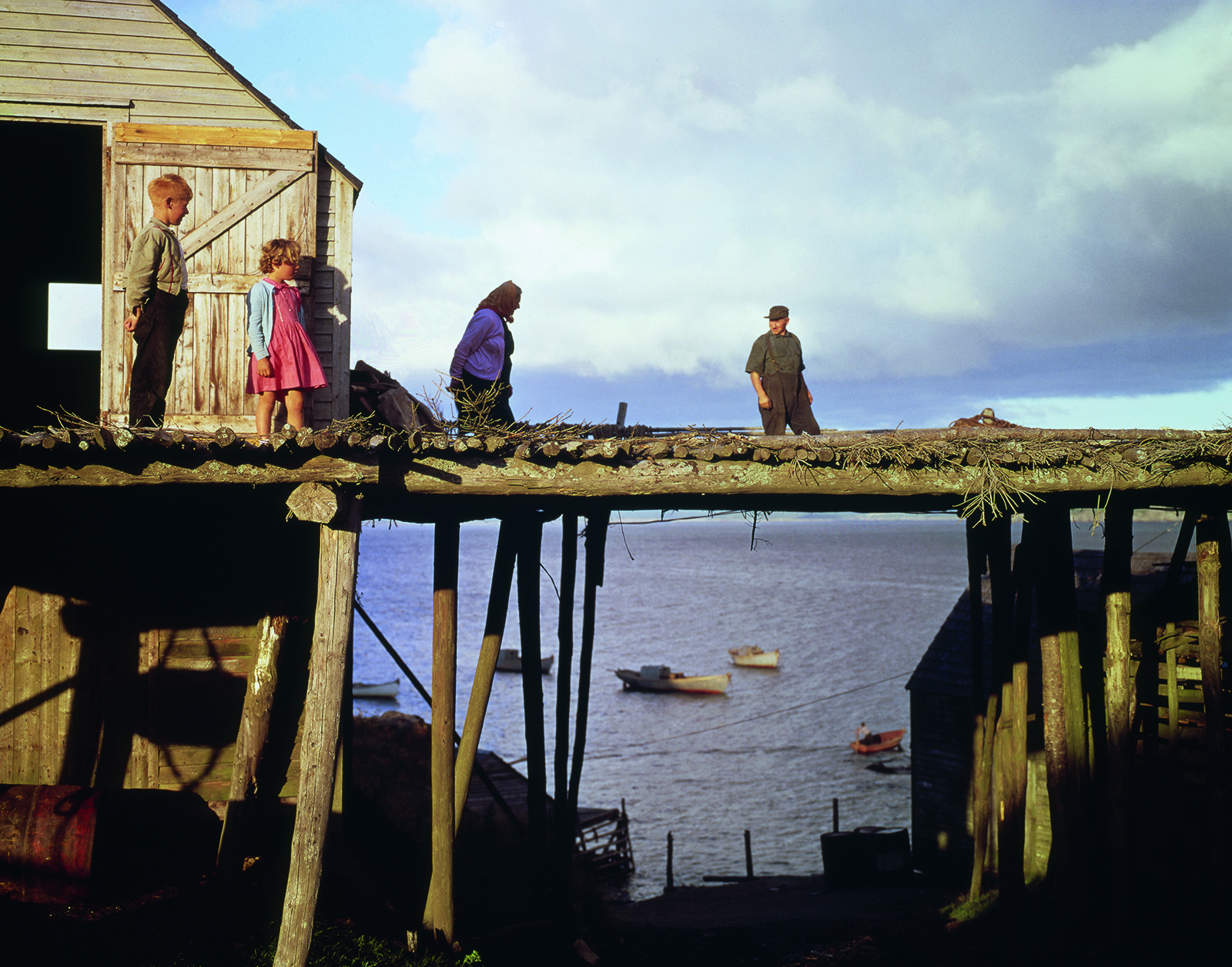 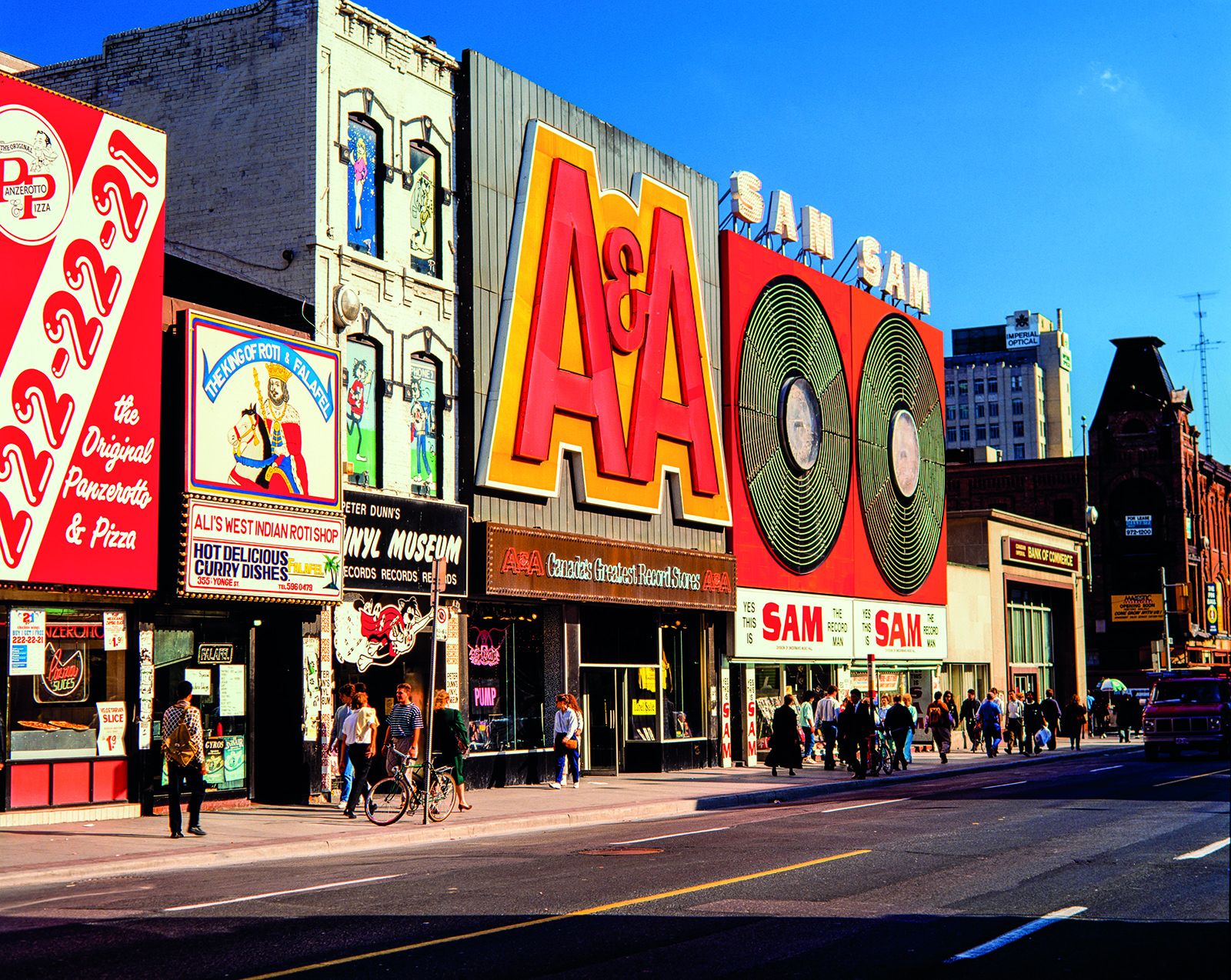