These eight communities are the only recognized Métis land base in Canada
By Nick Walker
November 13, 2017

Plots and timber for homes, land for farms and schools for the children.

Métis in Canada had been petitioning the federal government for the right to organize, for reserves of their own and for these other basic needs for decades before the 1930s, but their requests were systematically rejected. Allowed only to squat on crown land where they were fishing, hunting or otherwise pursuing a traditional livelihood, they had been granted no secure, legal right to land and their conditions were often wretched. A government study in Alberta in the early 1930s recognized that Métis were “much worse off socially and economically than the Indians living on reserves.”

When control of crown land was transferred to the provinces in 1929, however, it had opened a door. While Métis families in these areas feared the change would lead to an influx of homesteaders who would yet again push them out, it also meant Métis leaders and supporters could meet with provincial representatives who were aware of their plight and more open to discussion. In 1932, the Métis Association of Alberta was formally recognized. With the passing of the Métis Betterment Act in 1938, Métis were finally granted lands of their own.

Twelve areas were set aside, seven of which continue to this day (along with Buffalo Lake, added in 1951). Many Métis settlers travelled long distances to reach these new communities and over decades broke land, built homes and roads, founded local governments and eventually the united, overarching Metis Settlements General Council.

The eight Alberta Métis settlements are today home to nearly 5,000 people, and cover 5,112 square kilometres of land — equivalent to nine-tenths of Prince Edward Island spread across the northern half of Alberta. Mouse over the map below to learn more about each of these communities, still Canada’s only recognized Métis land base. 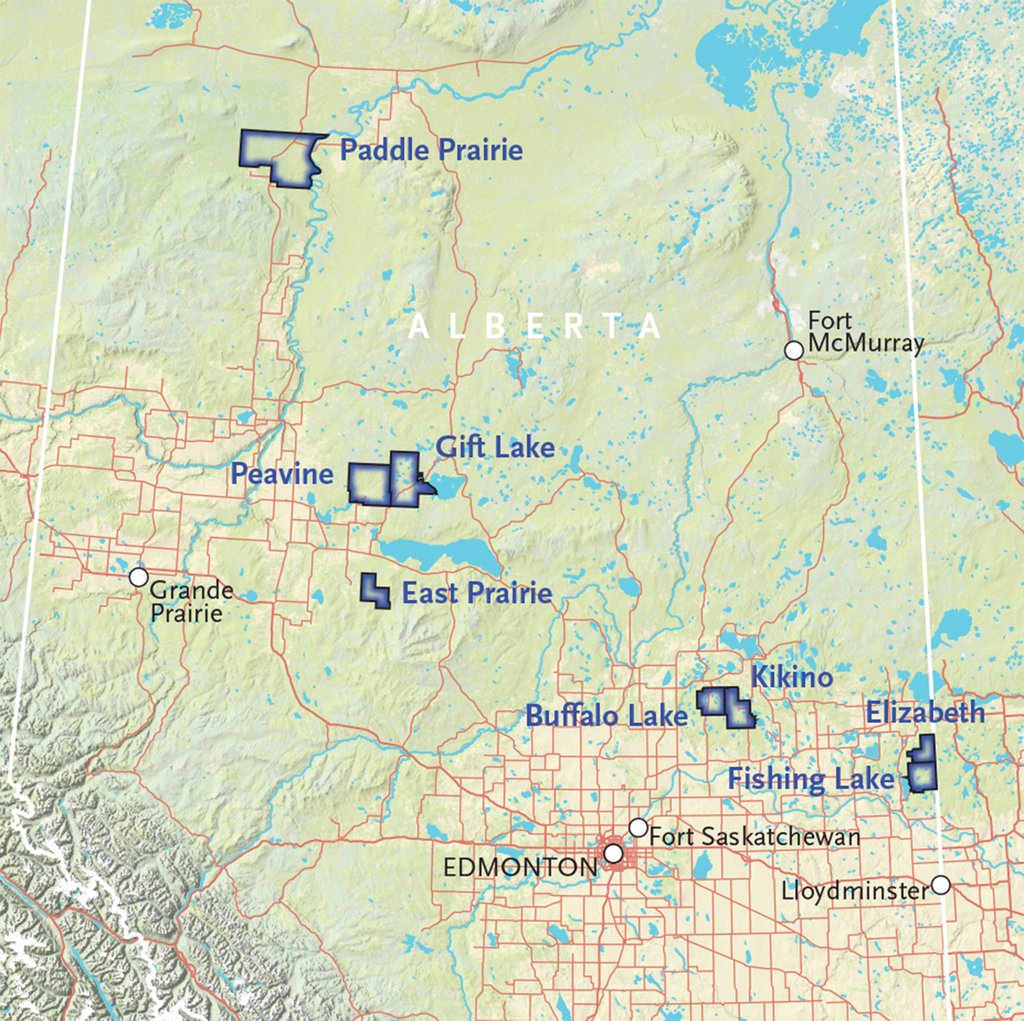