Leaves are out almost a month early in some parts of the United States, and bears are beginning to emerge from their dens — but an early spring can be problematic for some species
By Angelica Haggert
March 13, 2020

Fron bears to buds to phytoplankton in the oceans, many signs are pointing to spring arriving earlier than normal this year.

Officials in Banff National Park, Alta. have spotted a grizzly bear out of its den two and a half weeks earlier than usual.

According to Blair Fyten, wildlife specialist for the park, the first bear was spotted last year on March 19. In 2018, the first sighting was March 28. This year a conservation officer caught sight of a grizzly on Feb. 28.

Fyten says it’s not as surprising as one might think to be seeing bears earlier in the season; consistent warm temperatures push bears out of their torpor, a dormant state slightly different than hibernation. Even if temperatures drop again, it’s not likely the bear will return to its den. Average temperatures in the park in February hovered around -3C this year, compared with -16C last year.

In another sign of early spring, The U.S. National Phenology Network says spring leaf out is spreading up the middle of the country three to four weeks earlier than the long-term average in some locations.

Defined by the first appearance of leaves on lilacs and honeysuckles, the first leaf index has reached Washington, D.C. and New York 24 days early. Nantucket is 30 days early and some southern states are up to three weeks early. According to NPN, some parts of the southeast leaf out are the earliest in 39 years. 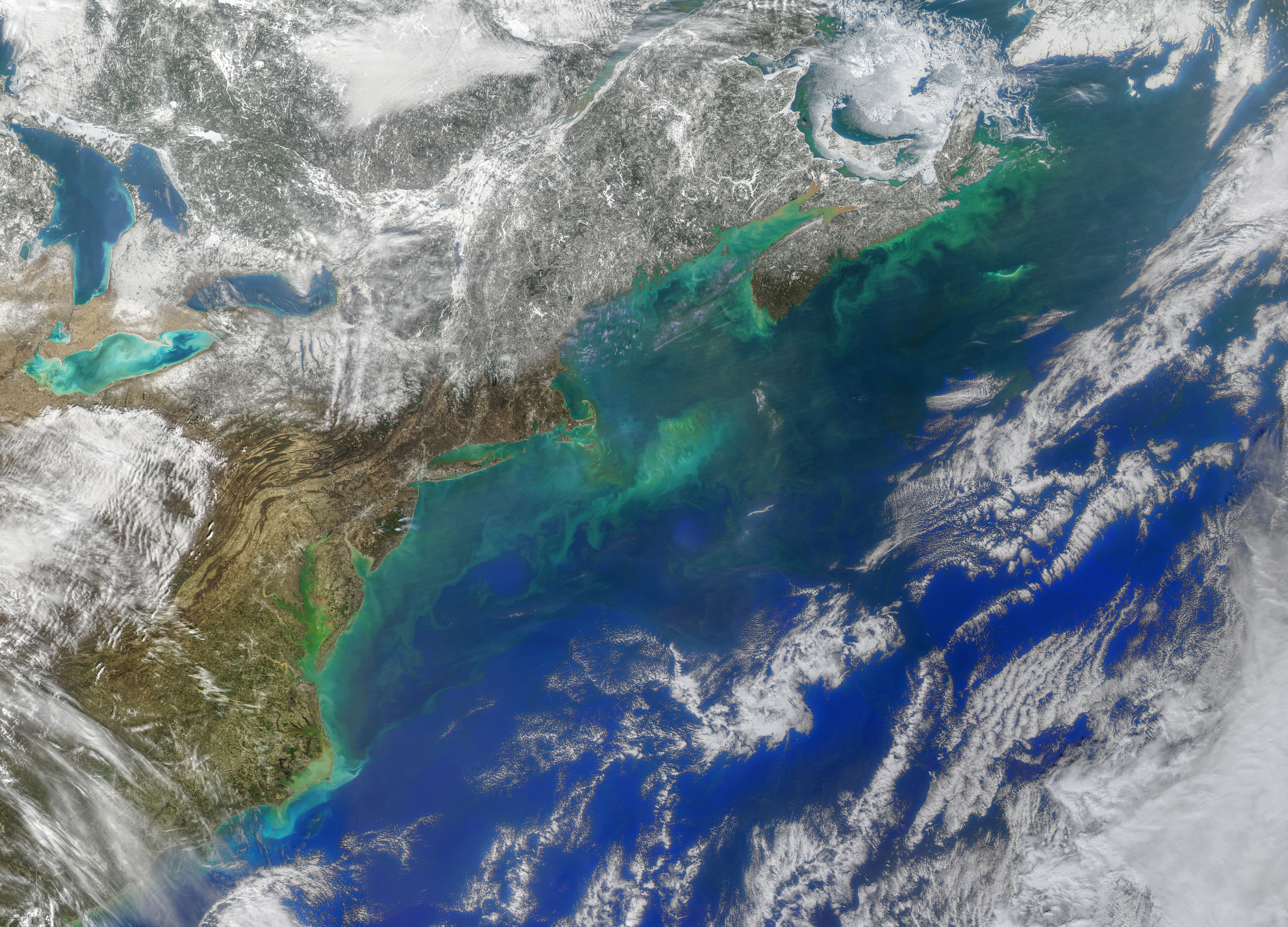 NASA has also seen signs of spring from space, with blooms of ocean-dwelling phytoplankton beginning to show up off the coast of North America.

“The increasing hours of sunlight are slowly waking up primary producers in the sea,” the space agency says.

Although many people might welcome a shorter winter, early spring can come with problems, such as a longer allergy season and disruptions in food sources for some species.

“All species don’t respond to warming in the same way,” says Erin Posthumus, outreach coordinator for NPN. “[This] leads to mismatches between species that depend on one another, such as plants and pollinators. If grizzlies are emerging earlier, will the food sources they typically depend on be available early as well?”

Posthumus also says that while some species, like trees and insects, are good at adapting to early spring, others lag behind.

“Like migrating birds … this means they miss out on peak food sources when they arrive at their breeding grounds.” 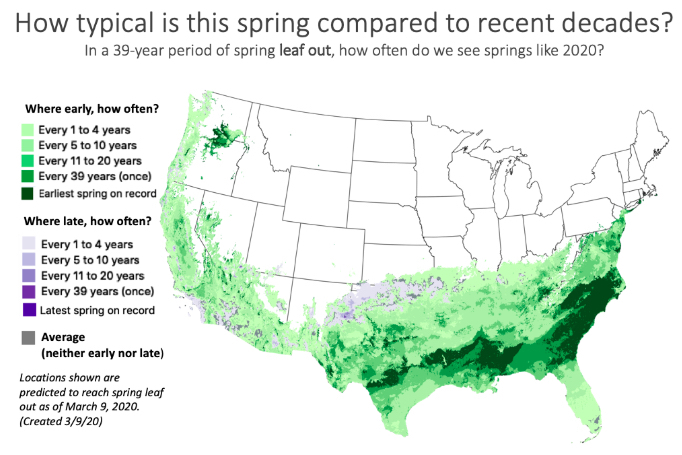 Some studies by researchers at the University of California are investigating how climate change-driven seasonal shifts are rescheduling the potential interactions between species. Their studies focus on the Kodiak brown bear. When two key foods of the bear, salmon and red elderberries, became available at the same time, the bears seemed to prefer the elderberries, disrupting an ecological link that typically fertilizes terrestrial ecosystems and generates high mortality rates for salmon. “These results demonstrate an underappreciated mechanism by which climate-altered phenologies can alter food webs,” the study says.

A false start to spring — warming followed by frost — can also harm leaf and flower buds, as well as fruit trees. According to Posthumus, early springs can also mean longer flowering seasons for allergenic species, mosquitos and ticks.

Even the classic Old Farmer’s Almanac says the spring equinox is the earliest its been in more than 100 years, landing on March 19 for all North American time zones. The last time astronomical spring arrived this early was in 1896. According to Almanac astronomer Bob Berman, each upcoming leap year will feature a new record-early start to spring.

What signs of spring have you seen? Be sure to tell us on social media — and share your photos with us using #sharecangeo!

Related: Migration in the time of climate change